Auckland mum to council: Keep chemicals away from our kids 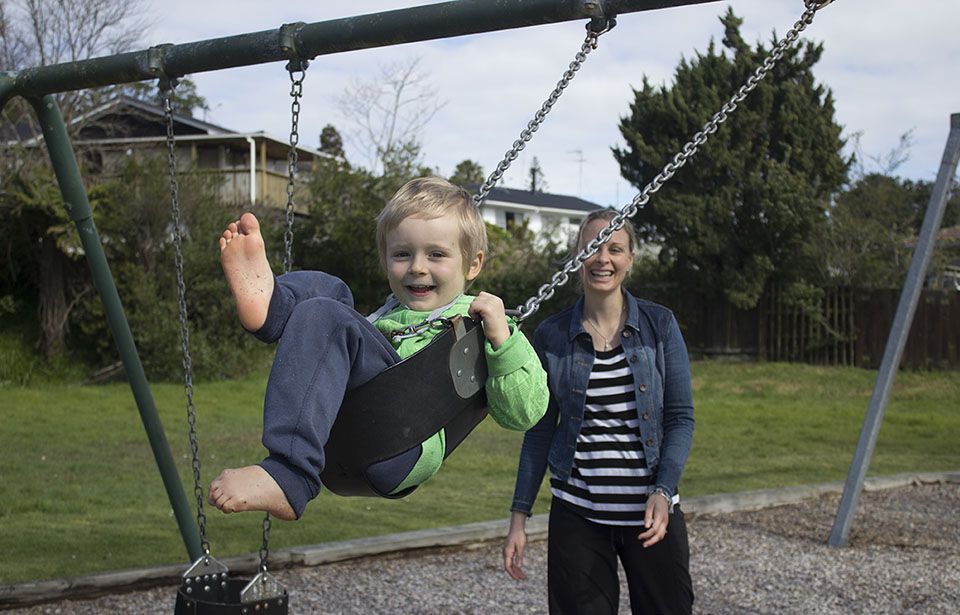 Despite a US court case which ruled that the weed-killer Roundup contributed to a groundskeeper’s terminal cancer, Auckland Council continues to vouch for its safety, spraying it in 95 per cent of Auckland parks.

An Auckland mother whose son was exposed to the spraying says many residents in her community want such chemicals no longer used in parks.

Michelle Hayden, a primary school teacher, was recently with her three-year-old son Noah at Spinella Park in Bayview when two men without protective gear began spraying weeds a couple of metres from them.

She approached them and asked if they were spraying Roundup. They told her they were.

“They didn’t give us warning they were going to spray. My son was on the swings and running around in bare feet.”

Ms Hayden said the council contractors were spraying the footpath at the park entrance, around the grassed area and along a wooden border next to the playground.

She said she was worried by the use of Roundup because it was a popular park with families and young children were likely to put the bark there in their mouths.

“Because of all the study that has been done, I don’t think it’s acceptable or appropriate to be spraying all those weed-killers around where children play.”

Ms Hayden said many residents shared her concerns, particularly after a recent US court decision against Monsanto which ruled glyphosate, most commonly sold as the active ingredient in Roundup, contributed to the terminal cancer of groundskeeper Dwayne Johnson.

Before the creation of the Auckland super-city, weeds in the parks and on the roadsides of the North Shore, Auckland city, Great Barrier Island and Waiheke Island were managed without chemicals.

All Auckland roadsides are now under the control of council-controlled Auckland Transport, which uses glyphosate. Roadside contracts will be returned to Auckland Council in the middle of next year.

Today, out of the 2700 parks across Auckland, only about 120 are agrichemical-free, despite an Auckland Council policy to reduce the use of chemicals in parks.

The policy made some headway in 2017 when the council changed from chemical to mechanical edging in parks, and ruled that weeds in playgrounds were to be pulled out by hand.

However, as Ms Hayden’s experience shows, any amount of glyphosate being sprayed in parks can drift into areas where children are playing.

“Basically, the key individuals that have responsibility for this, they’re just playing for time. So they set up working parties, and groups, and reports and feedback and targets. And they actually don’t change anything.”

It took its guidance from the Environmental Protection Authority (EPA), which held the opinion that glyphosate was unlikely to cause cancer to humans when instructions on the product label were followed.

However, the EPA’s decision contradicted the findings of the World Health Organisation’s International Agency for Research on Cancer, which concluded that glyphosate is a “probable carcinogen” to humans.

The IARC report was then questioned in a Reuters investigation.

And now emerging research overseas has raised concerns around the increased toxicity of glyphosate when mixed with other chemicals in products, including Roundup.

The conflicting reports about Roundup and its active ingredient glyphosate have created uncertainty among many Auckland residents.

Mr Watson said local boards were now able to take control of alternative weed management in their parks, but he wasn’t sure if this was well known because there hadn’t been a huge take-up.

In the Kaipātiki ward, which is Michelle Hayden’s ward, the local board chair John Gillon said this was not an offer put before the board as far as he could remember.

“I did read something just recently about a local board that opted to do that in a couple of parks and I’m imagining it’s really expensive.

“I’m very willing and happy to look at that. But, and this is my personal view, it should be done on a regional basis. It shouldn’t have to be up to the local boards to do that.”

The Waitematā Local Board has committed more than $70,000 towards agrichemical-free weed control in Albert, Myers and Western parks and the non-sports areas of Victoria Park.

The decision to fund chemical-free weed control in some parks was supported as a priority in their community consultation.

But Albert-Eden local board chair Peter Haynes agreed with Mr Watson that local boards were not funded to take on alternative weed management.

“What it would cost would be a huge chunk. It would really bust our budget.

“They know perfectly well that we are not funded up to the level where we could do these sorts of things. They haven’t come and said to us you could pay the difference.

Mr Haynes said chemical spraying was a concern to the Albert-Eden Local Board because it had a lot of smaller parks in a fairly densely populated area, often with people living close to the parks. 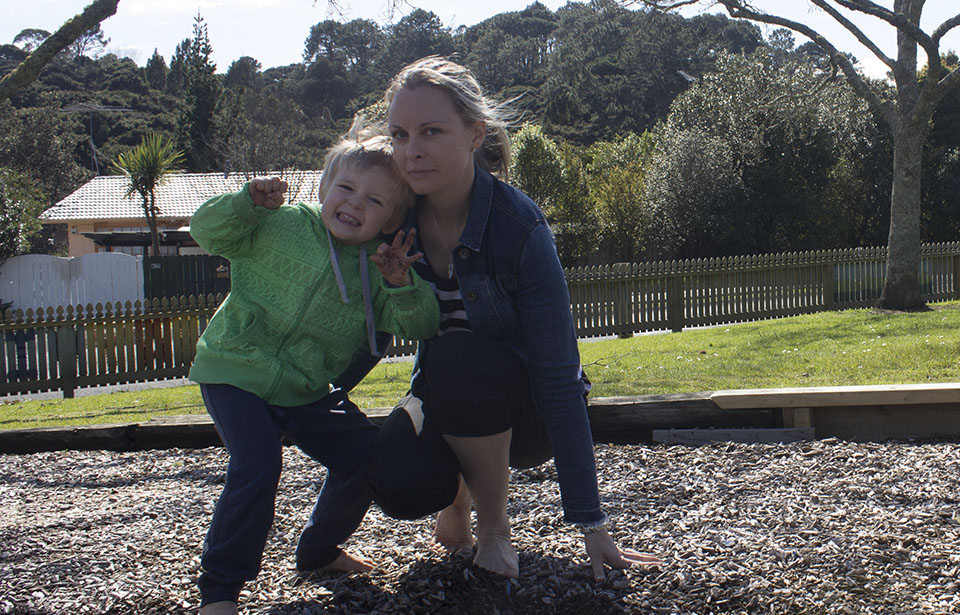 He said his concern was more to do with people having an allergic reaction, which he says is quite separate to the US Monsanto case.

“We’re hoping [Auckland Council] has a re-think and funds some of the other methods. I’m not convinced that these other methods do cost a lot more.”

Meanwhile, Christchurch City Council is now using the organic product Bio-Safe in all areas accessible to the public, stating it chose this product because it “limits any potential risk of carcinogenic properties glyphosate may contain”.

Environmental scientist and head of the BHU Future Farming Centre Charles Merfield said organic herbicides such as Bio-Safe may be safer for humans than synthetic weed-killers but they still had an environmental impact.

There were, however, options that did not require the use of herbicides at all.

“For me the bigger picture is global environmental problems – soil loss, climate change, too much carbon dioxide in the atmosphere, biodiversity loss. All these are massive problems we’ve got to solve and this herbicide use is directly contributing to all of that.”

Ms Gargiulo said agrichemical-free weed management had a higher cost, which included the need to weed the parks more often, additional labour hours in hand-pulling weeds, and wear on the machinery with a corrosive product like Bio-Safe.

However, Dr Merfield said the cost for alternatives would always be higher.

“Basically, no other single herbicide can achieve what Roundup does.

“The non-chemical options, stuff like steam, flame and electro-thermal – very few of those can actually compete with Roundup on all aspects terms of it being systemic and cheap and quick.

“I like to bring it back into that moral realm and ask, ‘Why are we using these products? What are we trying to achieve? What are the positive effects and what are the negatives of these things?’”

Meanwhile, resident Michelle Hayden has contacted the council with her concerns about the use of chemicals in her local park and is waiting for a response.

She has offered to start weeding Spinella Park herself.

“There’s lot of other people like me who would rather do that than see Roundup sprayed.

“Not if it means exposing our children to carcinogens. I’d rather see weeds overgrown in our playground. But we wouldn’t let that happen anyway.”

Is your park agrichemical-free? Click here to find out.