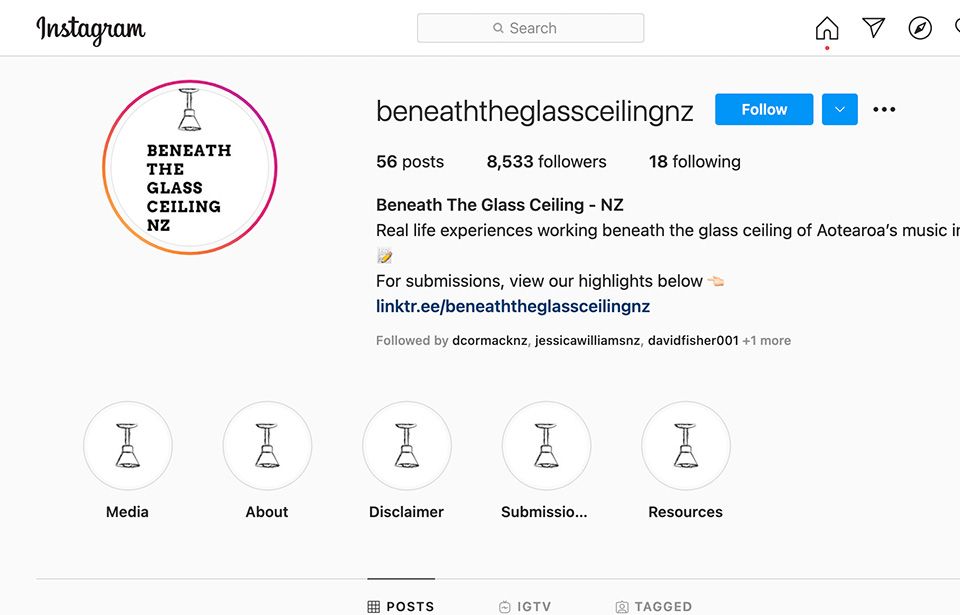 An anonymous Instagram account is sharing the experiences of those sexually abused in Aotearoa’s music industry and in some cases forcing perpetrators and their employers to face up to the allegations.

Advocates in the #metoo movement say survivors have been forced to take such action on social media by an uncaring justice system but a media law expert says the account might be treading on thin ice.

Set up in March by anonymous administrators, Beneath the Glass Ceiling NZ said in its first post that it exists “to give a voice to those who have been silenced by the injustices that exist within the Aotearoa music industry”.

“Our aim is to provide a safe space for people to share their experiences, connect them with valuable resources for recovery, and generate awareness of the broader issues prevalent within the music industry”

Investigative journalist Alison Mau, who has been investigating stories of sexual abuse for more than three years in her role leading Stuff’s #metoonz project, says she was alerted to the account the day it was created.

“[The account] came up shortly after my investigation about the music industry in January.

“A lot of the stories I’d heard about the music industry started popping up on it, and because I’d had those stories verified by several sources, I knew they were true,” said Ms Mau.

Ms Mau praised the administrators of the account for raising awareness and creating a safer work environment in the music industry.

“So, if it helps spread the word, if it helps start people talking within the industry, potentially that is protecting people,” said Ms Mau.

“If the industry was clean of this kind of behaviour, if people were holding themselves and their colleagues accountable for bad behaviour, then nobody would have anything to worry about.

“The reason this Instagram account exists, the entire reason, is that this shit has been going on for too long and people are saying, ‘No more’.”

Posts to the account do not name alleged perpetrators. However, at least two of the stories it has shared have forced perpetrators to face, or even own up to, the allegations.

In March, MediaWorks stood down two staff members and released a statement announcing that it was launching an independent workplace review following the “publication of allegations against individuals in the local music and media industries on social media”.

The statement was in reference to posts on BTGC-NZ that were later linked to staff at The Rock radio station.

More recently, well-known Wellington musician Thomas Oliver publicly admitted to being the subject of a story shared on the account, in which a woman said the musician had grabbed her by the throat after she refused to kiss him following the 2017 NZ Music Awards.

As a result, Mr Oliver has left the music industry and has been stripped of the Silver Scroll award he won in 2016.

NZ On Air also admitted it had failed to provide support to the woman, who was a member of its staff, despite knowing about the incident soon after it took place.

Although some have praised BTGC-NZ for taking an initiative to address a difficult issue, others believe they may be opening themselves up to potential legal action if the allegations they share are inaccurate.

“Defamation is the most obvious legal issue that springs to mind immediately when you see these sorts of social media sites,” said Professor Ursula Cheer, dean of law at the University of Canterbury.

“Even though they have anonymised both the alleged perpetrator and the person giving them information, you don’t have to name them outright for them to be identifiable.

“If they can be identified in some way, then it could be considered a [defamatory] statement.

“There are of course defences, and the most obvious defence is truth, but that has to be provable to a reasonably high standard. So, if you’re going to publish this sort of thing, you’ve got to be very careful and get your facts as accurate as possible.”

Professor Cheer considered it problematic that BTGC-NZ’s method of gathering and sharing stories didn’t allow for accountability over the stories’ veracity.

In a statement on the account administrators say: “We will use our best endeavours to vet all contributions. However, we cannot guarantee and do not warrant that they are authentic, accurate, or complete.”

In another statement, they say they “will not provide any comment to media”.

“So, you’ve got a website here that believes it’s above dealing with the media and say they are doing certain things which suggest they are responsible, but you’ve got no way of checking that and no way of asking them questions about it,” said Professor Cheer.

“That’s not a good look for them, and if it did come to a defamation case, I think they’d have trouble showing they’d been responsible.

“I would prefer that these anonymous shaming websites didn’t exist, and that people made use of the systems and supports that are out there to try and complain to the appropriate official places,” said Professor Cheer.

Kathryn McPhillips, executive director of sexual abuse survivors support service HELP Auckland, pointed to New Zealand’s low rate of convictions in cases of sexual violence as a reason why survivors turn to accounts like BTGC-NZ to have their stories heard.

“Guilty verdicts on sexual assault are less than one per cent of what happens. So, when you have a justice system that is that ineffective, there are always going to be other things people need to do to get their needs met,” said Ms McPhillips.

“There is so little chance of getting justice in the way that our society mandates that it should happen that people have to find other ways.

“There’s something about sexual violence that while it stays secret it stays powerful and the only way to undermine the power that has been used to sexually assault people is for other people to know about it,” said Ms McPhillips.

The administrators of Beneath the Glass Ceiling NZ declined to comment for this story. 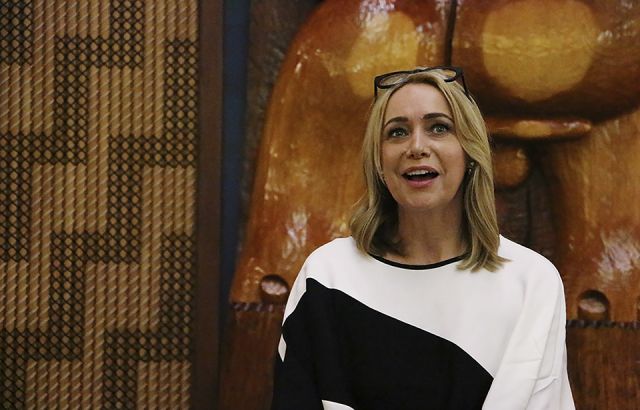