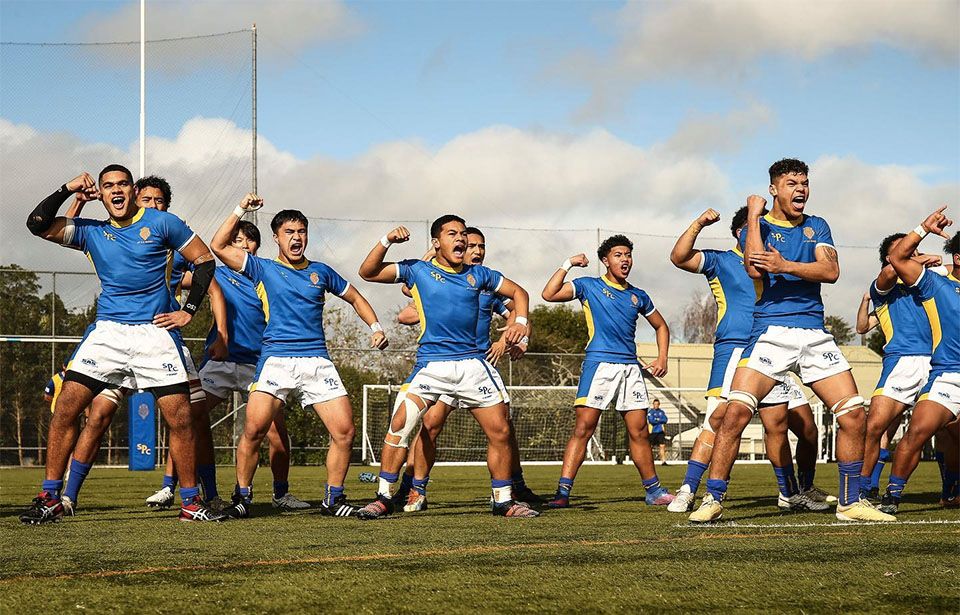 It’s a busy weekend for sport in Auckland, with a highlight being the final of the Auckland 1st XV 1A final at Eden Park and an NPC game to follow.

St Peters College will take on Kelston Boys High School in the Auckland final, ahead of the Auckland versus Otago NPC match.

Other sports going on include the continuation of the New Zealand Ice Hockey League, a FIBA World Cup qualification basketball match and, overseas, young Aucklander Liam Lawson getting his first taste of Formula 1 in the first practice session at Spa in Belgium. It will be Lawson's introduction to the pinnacle of motorsport.

St Peters College will meet cross-town rivals Kelston Boys High School this Saturday at Eden Park in the final of the Secondary Schools 1A 1st XV competition. St Peters are favourites for the match following an unbeaten season, while Kelston has only dropped two games this year.

One of those losses comes back in Round 2 of the competition, when the two teams last met. St Peters walked away with a 23-3 victory that weekend and will be aiming for a similar result come Saturday afternoon.

Acting headmaster of St Peters, Hayden Kingdon, says he recognises the team have been in good form this year, and is cautiously optimistic of his school's chances in the final.

“We all know finals rugby is a different beast,” he told TWN.

“Kelston are a quality side and we will take nothing for granted.”

Kingdon said the mood of the school was full of “pride and anticipation” ahead of the game.

"We are excited to be making the trip again to Eden Park and look forward to what will no doubt be a memorable occasion.”

The winner of the match will continue through to a qualifying match to play the victor of the North Harbour champions, Westlake, and the Northland champions, who are yet to be determined.

From here, the winner will reach the New Zealand Secondary Schools Championship, otherwise known as the Top 4. The Auckland victors will compete with Waikato, Wellington and South Island champions for national honours and ultimate bragging rights.

The game acts as a curtain-raiser for the Auckland versus Otago NPC game, and will begin at 3pm, shown live on Sky Sport 2.

The West Auckland Admirals will take on the Phoenix Thunder twice this weekend at Paradice Avondale, with games on Saturday and Sunday.

Currently sitting in third place on the five-team table, the Admirals have two games in hand to catch the league-leading duo of the SkyCity Stampede and the Canterbury Red Devils, whom they sit 10 and five points behind, respectively.

The Admirals will go into the match as favourites for both games, emerging victorious both times the teams met earlier this season in Dunedin. The first game was a blow out with a 6-2 result preceding a 5-3 score the following day.

A surprise victory in either game for the Thunder would see them claim just their second win of the season in their 11th time trying.

Both games start at 4.45pm respectively on Saturday and Sunday, with a live stream on the New Zealand Ice Hockey League Youtube channel broadcasting the event.

The Tall Blacks face a short turnaround after tonight's match in Saudi Arabia, taking on Jordan on Monday night at Eventfinda Stadium on Auckland’s North Shore.

The two matches open Round 2 of qualifying for the national basketball team, after a successful Round 1 saw the team go undefeated in home-and-away series against the Philippines and India with an average winning victory of 40 points.

The tournament sees the Tall Blacks start atop the group as points claimed during Round 1 carry over into Round 2.

The Phillipines, who are in the same group as the Tall Blacks, receive automatic qualification to the World Cup as hosts, meaning only two of the six teams in the group will not progress to the tournament.

This form, combined with a world ranking of 27th, will see the Tall Blacks favourites to overcome the lower-ranked Jordan team, who sit 12 places below them in the rankings having won only two of their four Round 1 matches.

The game begins at 7pm on Monday night and will be shown live on Spark Sport.