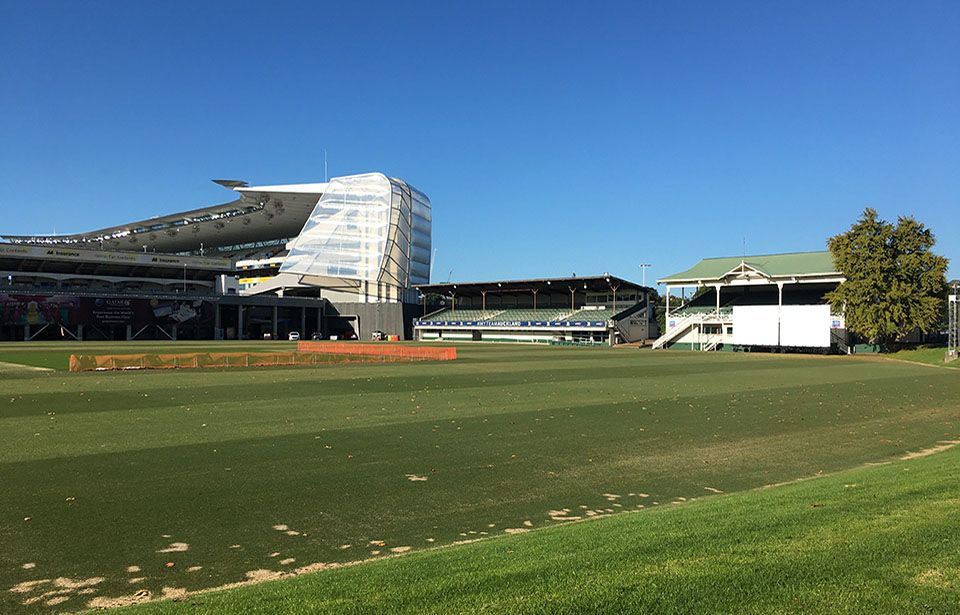 Eden Park outer oval, where umpires will have to police spitting on cricket balls. Image: Will Toogood

Overnight, the International Cricket Council (ICC) banned saliva use to shine a match ball to combat risks posed by Covid-19, forcing cricketers to think of alternative solutions to help the move in the air.

The Sky Sport commentator says he was initially in favour when the changes were proposed earlier in the year, but now that there are other protocols in place it is pointless.

“The West Indian team that has just arrived in the UK, they have to quarantine for two weeks,” he says.

“They are tested regularly to make sure they don’t have COVID, so I’m not sure on why you wouldn’t allow saliva if all the players have been tested and cleared.”

“Most of these international cricketers have been playing since they were four, five, six, seven, eight-years-old and you’ve grown up spitting on your fingers and rubbing the ball to try and get shine on it.”

“It’s one of the things that’s just instinct when it comes to bowling and cricket,” says Doull.

“It’s going to be very difficult for players to stop doing it.”

The new changes allow umpires to have some leniency with players as the ‘new normal’ is introduced, but Doull says it will be difficult for it to be officiated.

He believes the onus will be put on the third and fourth umpire.

“I think their job will be more about monitoring what’s going on with the players that aren’t front and centre, monitoring the field to make sure nothing’s going on.”

“We’ve got guys in our attack who are pretty good swing bowlers and they will be potentially limiting.”

He said one of the strengths of the current squad is the ability to adapt.

“We’ve used the pitch at times, rather than trying to get the ball to swing we have a delivery called a ¾ ball that uses the seam to nip off the wicket rather than swing.”

Jurgensen agrees with Doull that the new changes will be tough for players to get used to.

“I mean you saw in that one-off game against Australia when Kane (Williamson) and Finchie (Aaron Finch) shook hands and looked at each other as if to say ‘Oh crap we shouldn’t have done that’ but then guys adapted really well.”

Alternative measures like using wax applicators instead of saliva have been suggested.

Doull believes them to be more of a gimmick than anything.