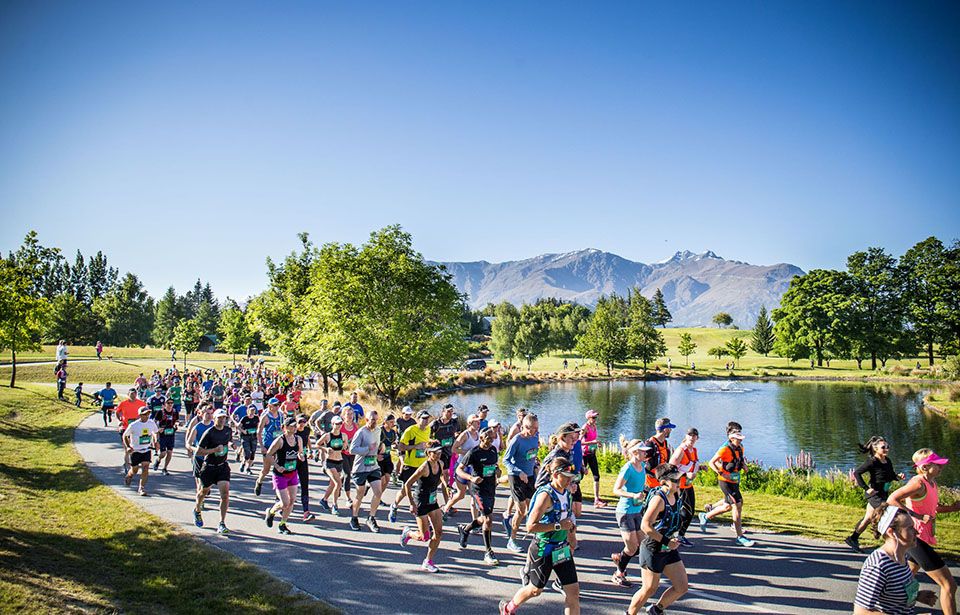 Already 5000 people have signed to run in the Queenstown’s November marathon according to Race Director Nicole Fairweather. Photo: Supplied

Queenstown marathon hopes to attract runners from across the ditch to give the region's hard-hit businesses a much needed boost in November.

The event attracted 12,500 contestants last year and around a $9 million spend, according to Race director Nicole Fairweather, who is crossing her fingers for a trans-Tasman bubble in time for the race in November.

She said while it is great to have the support of domestic runners, they would love to see Aussies compete.

“A significant number of participants do come across from Australia, so we're really hoping that we can have them on our start line again,” he said.

Ms Fairweather said Australian contestants tend to stay in Queenstown for longer than domestics when they come to race, creating a decent influx for local businesses.

“The more nights people are in town, the more spend there will be.

It is predicted Otago will be the worst affected region by ongoing bans on international tourists, according to the latest Westpac Regional Roundup.

Westpac Industry Economist Paul Clark told Te Waha Nui some relief may come from a possible relaxation on Australian visitors, who make up about half of international tourists to Queenstown.

“It is highly likely that the marathon should be a boon to Queenstown’s tourism and hospitality industries, although we doubt that activity levels will reach the same levels as in previous years,” he said.

He said while some shortfall from international visitors will be filled by domestic travellers, he does not think increased spending by Kiwis visiting Queenstown will come anywhere close to filling the gap.

“Many tourism and hospitality operations in the region will be doing it tough over the coming months.  Some will go out of business as a result, leading to further job losses,” he said.

However, he believes Queenstown Marathon could result in new firms springing up as barriers to entry in many areas of tourism and hospitality are low, requiring very little capital for setup.

“How sustainable these are, however, is open to question,” he said.

According to Mr Clark about 55 per cent of tourism spend in the region comes from international visitors, generating just under $1.8 billion per year.

“About half of that comes from Australians,” he said.

Destination Queenstown interim chief executive Ann Lockhart told Te Waha Nui the Queenstown marathon has become one of our destination’s hallmark events, attracting athletes and supporters from all over New Zealand and entries from around the world.

“The event generated a reason to visit in what was the spring ‘shoulder season’, and came to mark the start of summer for many Queenstown businesses.

“This year, the community will welcome the event as a vital component in supporting Queenstown’s recovery,” said Ms Lockhart.