Pro-wrestling where fans bring the weapons 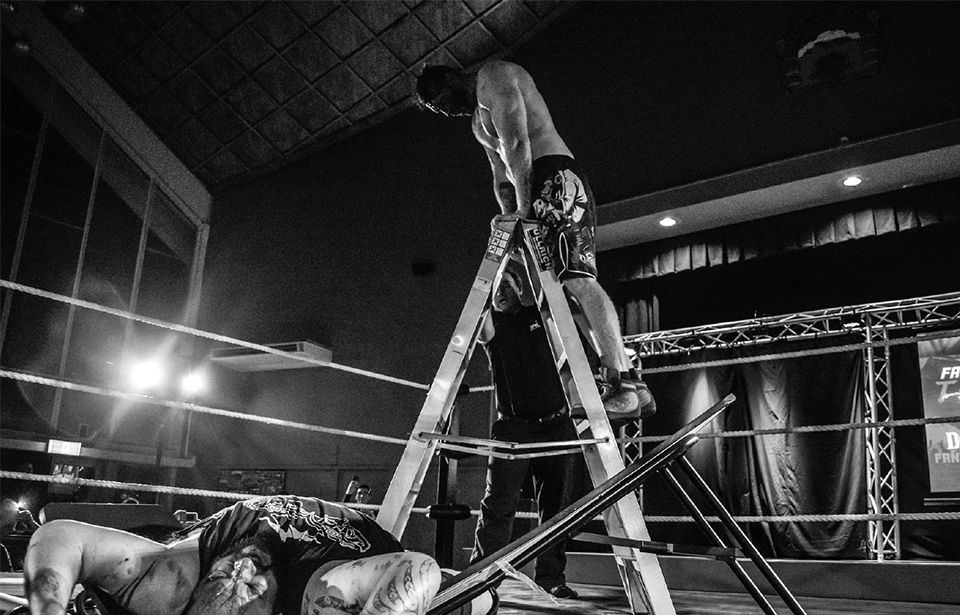 Auckland fans can watch all the mayhem and madness of pro-wrestling this weekend - and even supply the weaponry.

Friday evening sees the Championship Chaser event, where eight competitors will fight it out in four qualifying matches and a final for the right to battle current champion Jake Shehaan.

The championship match will take place on Saturday night in iconic style, with a Fans Bring the Weapons match, where audience members are encouraged to bring in items for the wrestlers to

use against each other.

IPW Director Rob Eden said Fans Bring the Weapons had been the “trademark match” for IPW.

“It’s a great way to help get rid of some of your inorganics,” said Eden.

“It’s a spectacle, and going back-to-back [with matches] means people can get double the action in a weekend,” he said.

Weapons brought in by fans are vetted by security teams, with a wide range of items brought in

A former wrestler himself, Eden recalls the items that were used by and against him when he

“It’s crazy what people actually bring. Some people get quite creative and put a lot of effort into

Reuben du Jong of Dapper Dynasty pushed Mana of Manalanche off a ladder, resulting in him falling through a table and allowing Dapper Dynasty member Vinny Dunn to claim the victory through pinfall.

Weapons used in that match included bats, canes, tables, keyboards and “much, much more,” said

a statement by IPW following the event.

Founded more than 15 years ago, IPW holds live wrestling shows all over New Zealand and is the premier wrestling-entertainment brand in the North Island.

Shows are run monthly or bi-monthly with a focus on family-friendly entertainment and appearances at corporate events are also part of it.

The organisation hosts training schools in Auckland and Hawkes Bay, with wrestlers going on

to compete for IPW or further afield.

Former trainees have also gone on to appear in world-renowned series.

Tickets are available for the event on Eventfinda, with matches getting underway at 7pm on both