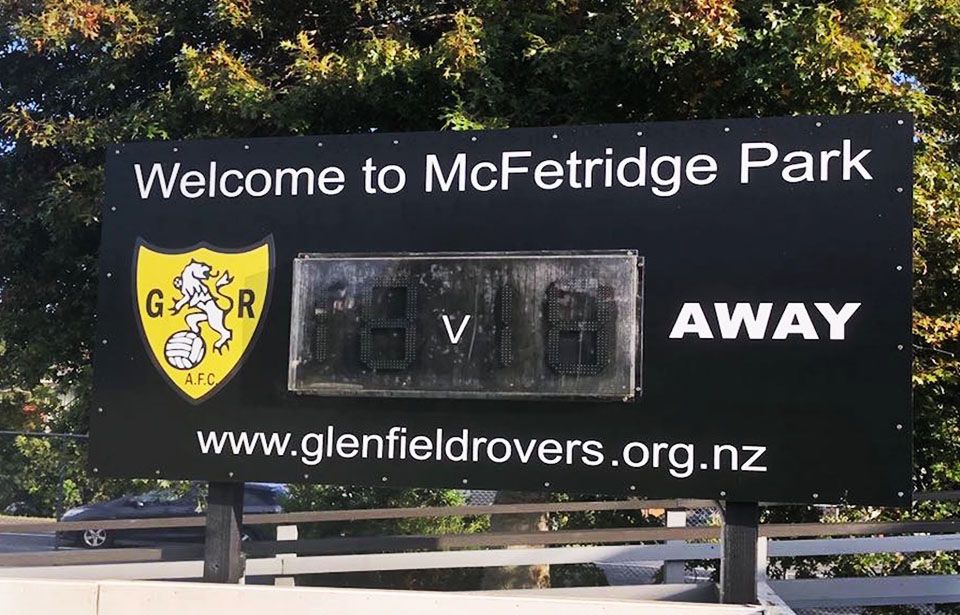 NRFL top division clubs, such as Glenfield Rovers, will have to adapt their approach towards referees this season in the wake of a new yellow card system being implemented in Auckland’s top division. Photo: Alex McLeod.

A new temporary dismissal system has been introduced into top-level football in Auckland as part of a global fair-play initiative.

Referees of various regional leagues across the country, including the semi-professional Northern Regional Football League (NRFL) Premier Division, have been awarded the right to sin bin players who show dissent towards the whistle-blowers.

The temporary dismissal will see players at fault spend 10 minutes on the sideline, and their team play one person down for that period.

Ken Wallace, the New Zealand Football (NZF) referee development manager, says the International Football Association Board (IFAB) is trialling the new laws in lower leagues around the world to try to give match officials more protection from on-field abuse.

"What we're finding is people don't want to take up refereeing because of what they perceive to be the problems on the field, and this is one way we're trying to address a perceived problem."

NZF and the NRFL have taken to the new rules but some coaches and players in the NRFL Premier Division are wary of the implications they could have on the country's leading regional competition.

Hiroshi Miyazawa, head coach of the Onehunga Sports football team, says there should be more done to improve the quality of refereeing, rather than giving the officials more protection.

"My initial thoughts about that move is [they] are kind of childish, and [a] weird kind of a rule, and I couldn't believe it that FIFA's actually seriously considering [it]," says the former professional footballer.

"All the rules they change, they try to make the football more attractive to watch. It just all benefitted the football, but this one is sort of protecting referees. It's just quite naive rules, I guess."

East Coast Bays player Logan Archer says he understands why the laws are in place, but he still has concerns regarding the level of consistency referees would have with the new rules.

"I can see it getting a little bit out of hand," he says.

"It's the ref's interpretation of an insulting comment towards himself, which in my eyes has a lot grey area because some refs can be a lot stronger than others, while other refs could be a lot less lenient."

Such a system has never been used in football before, although it has found success in rugby league since 1981 and rugby union since 2001.