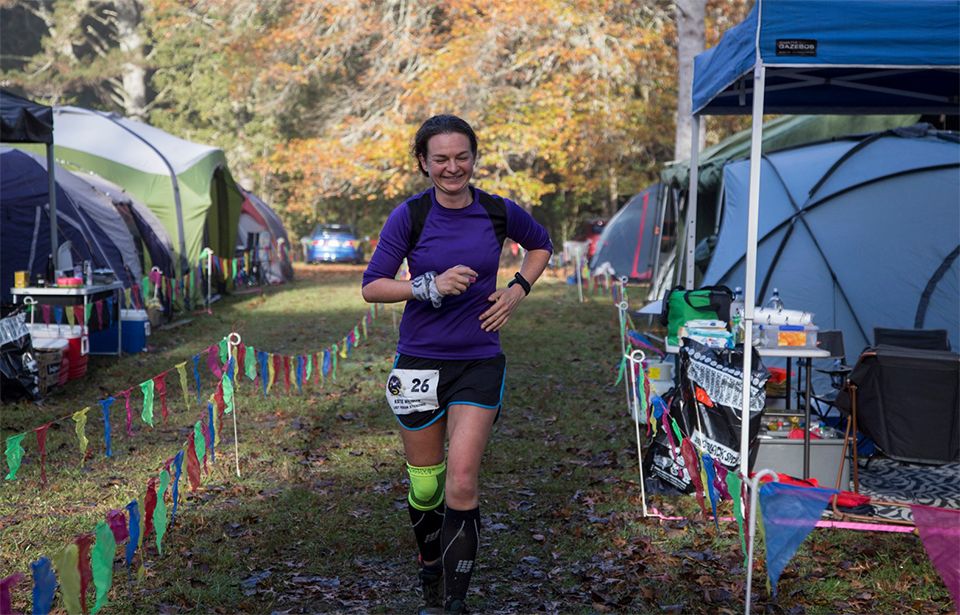 The physical challenge was the least of Ms Wright’s worries, who said she trained more for the mental challenge before the race.

“There was no way I was not going to get back up unless my body failed on me I was just going to keep on running.”

Completing a lap every hour on the hour from midday Friday to 6 pm Saturday meant the 32-year-old qualified as the New Zealand competitor for the original last-man-standing race in the United States in October.

Ms Wright said she began running as an 18-year-old, quickly becoming interested in triathlons and later running the perimeter of Wales.

“I’ve never been hugely speedy or seen many podiums, but as soon as I saw this race, I signed up. I knew I could handle just being persistent.

“I was so nervous in the two weeks leading up to it. I woke up in the night with my heart at 90bpm. But as soon as I got there, the atmosphere just calmed me right down.”

Ms Wright intends to head to Tennessee later in the year to take part in Lazarus Lake’s famed event but said she needs to give her body a rest first.

“I’ll be taking a couple of weeks off to recover. I haven’t got a training plan yet.

"I’m just going to get out there and keep doing what I really enjoy.”