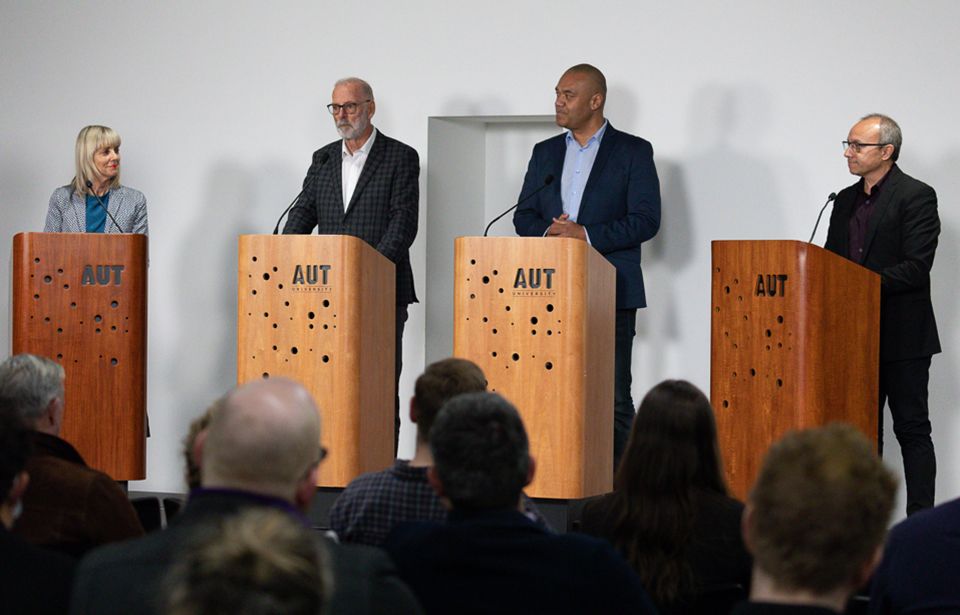 Only one will be the mayor of Auckland. From left to right: Viv Beck, Wayne Brown, Efeso Collins, Craig Lord. Photo: Alex Cairns

The four leading candidates for the Auckland mayoralty were pressed on youth issues in a debate last night at AUT’s City Campus.

He started off the night by asking, “Why should you be mayor?”

Heart of the City director Viv Beck said congestion, emissions, crime, and the transport network were at the top of her list.

Wayne Brown said we need to fix Auckland, finish projects, and get the cones off the streets.

Efeso Collins said he wanted to create a “just and sustainable city" for his daughters.

Towards the end of the debate, the attention turned to youth issues.

A recent article by The Spinoff showed in 2016, those aged 18 to 24 were about half as likely to vote in local elections as those who were over 65. 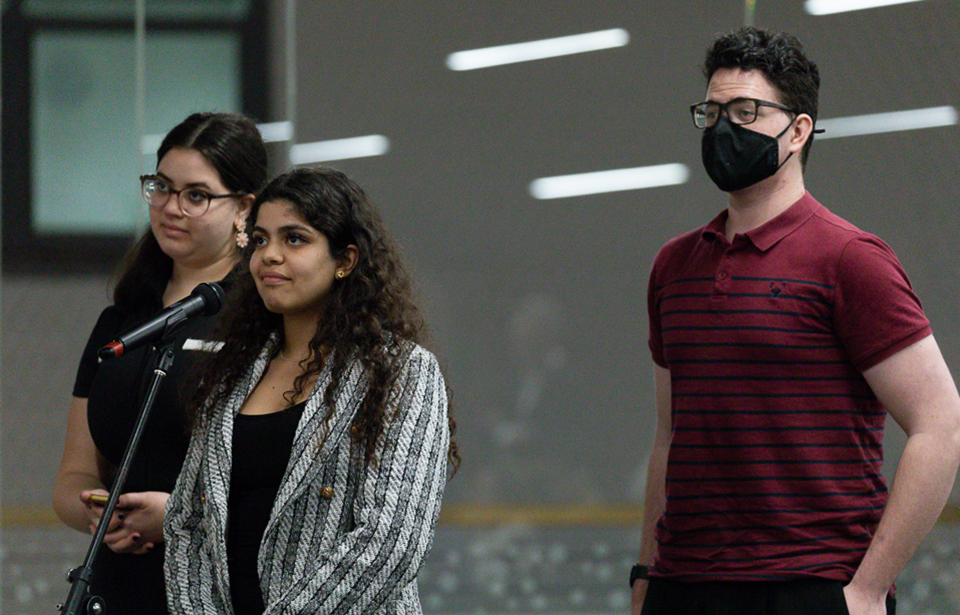 AUTSA President Sara Youseff asked how young voters would be heard under a new mayoralty.

Craig Lord said he wanted to use the local-board and the advisory-panel systems better.

“The mayor can’t sit in the ivory tower and hear from everybody. We have to use the progressive chain of information coming up.”

Collins pointed to his youth policy. “It looks at how we can widen the impact of the youth governing boards, and how young people can have a seat at the table rather than just giving feedback.”

Niall had to push Brown several times into saying there should be a youth representative to whom he would talk about issues facing young people.

Beck said she concerned there were groups across the region which felt they are were not being listened to.

AUTSA community vice president Zina Abu Ali asked the candidates what they thought were biggest issues facing young people and what they planned to do to address them.

Beck said they were safety, accessibility and affordable housing.

Brown said he would like to bridge the age gap and come in and talk to young business groups, and have other older groups come in and mentor them as well.

“You don’t just speak to them, but you receive information as well.”

Lord said he couldn’t assume anything, but he guessed the cost of living crisis.

This year’s race has been one of the closest Auckland has faced since the creation of the supercity.

Associate professor of politics at Massey University Dr Grant Duncan says, “That’s good from the point of view of it not being a foregone conclusion, voters have a real choice and close elections improve turnout.”