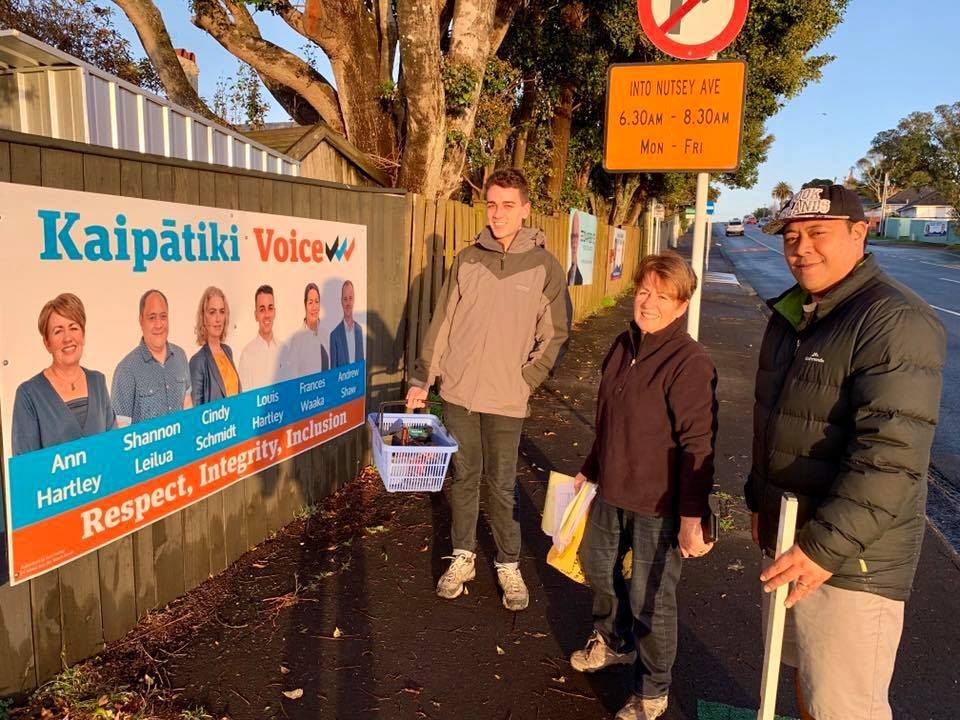 The best way to connect with young voters is face to face, rather than rely on social media say young local election candidates.

Young people are getting off social media and on to the streets to express their political views, said Louis Hartley, 21, and Sarah Colchord, 23.

“It’s hard for young people to even go out and vote for these local body elections,” said Hartley, an Auckland University student who is running for Kaipatiki’s local board.

He hopes to get more young people involved through youth facilities.

“Going to where young people are is the best way to connect with them. We can’t underestimate the ability to meet people,” said Hartley.

Young people are banding together to organise political movement and need to be in political spaces  - as problems can't be solved without them, said Colchord.

“We constantly need fresh thinkers and change makers constantly coming into these decision-making spaces. It’s not really a place where we continue to have people seatwarm or use it as a career because we need to continue to have that rotation of fresh ideas.

“Politics is shifting and evolving. Young people are not necessarily turning up to the voting booth but will stand together with their signs and microphones.”

“We should get more involved while we’re this age instead of just waiting until we’re older when we have stuff to say (now).

“It shouldn’t be up to other generations with higher representation. It’s hard for us to relate when all we’re seeing is people that don’t understand who we are, or what we’re about, it’s not very inspiring.”