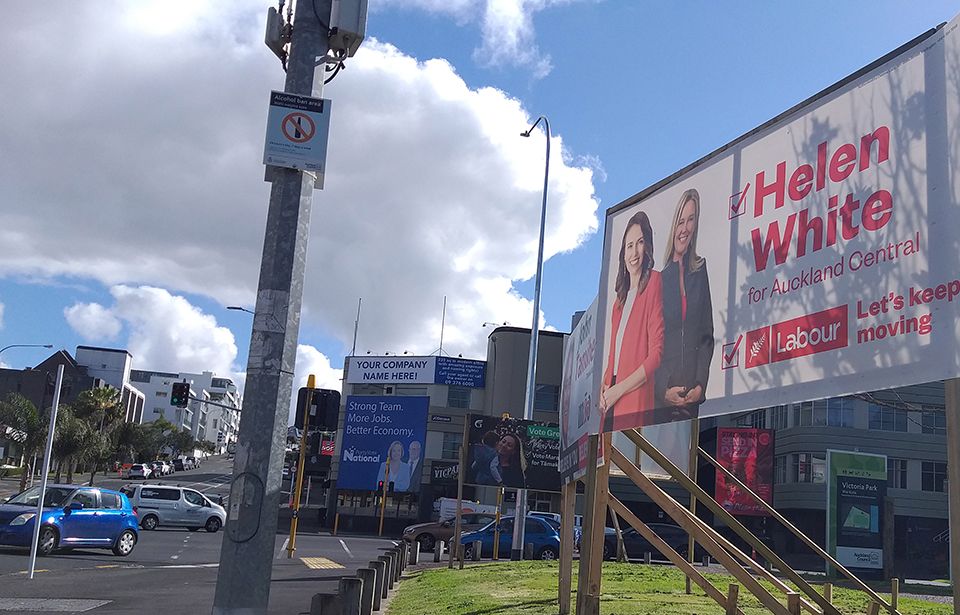 Election campaigns will start again in earnest this week, but candidates say they won’t be door-knocking any time soon. Photo: Esme O’Rafferty

The three leading candidates fighting one of the most hotly-contested electorates in the country say they are keen to get back out on the campaign trail - but don’t expect them on your doorstep any time soon.

National’s Emma Mellow said she’s looking forward to her first opportunity to campaign as the party’s candidate for Auckland Central, replacing incumbent MP Nikki Kaye, who has stood down from politics.

Ms Mellow was announced as candidate on August 10, the day before Auckland was told it would be heading back into lockdown.

“We’re really excited to get back out there,” she said.

“I had less than 24 hours as the new candidate before we went into the level-3 lockdown - our volunteers are itching to go.”

Safety was still at the forefront of their minds, despite not being in lockdown, Ms Mellow said.

“We will be following all the health advice, which at this point won’t be door-knocking.”

Instead, she would be attending small public meetings and running Facebook Live question-and-answer sessions for people to get to know her, she said.

Labour candidate Helen White said Aucklanders “would still be quite sensitive” coming out of lockdown.

“We may not do things like door-knocking, because it would be an issue if residents are worried about people coming to the door,” she said.

“We’ve been allowed to continue the forums which are on Zoom, because they’re non-contact.

“We did totally stop [campaigning], but we’re sort of creeping back into campaigning where it’s appropriate,” Ms White said.

Both candidates said volunteers would be wearing masks and social distancing where necessary.

Meanwhile, Green MP Chlöe Swarbrick, who is also contesting the seat, said there were no official rules on how candidates could campaign during Covid-19 alert levels.

The Green Party had decided their candidates would not be door knocking in level two, however, she said.

"We want to make sure people feel safe, and you never know going up to someone's door if they may be immunocompromised."