Terrible voter turnout on the cards in Auckland by-election 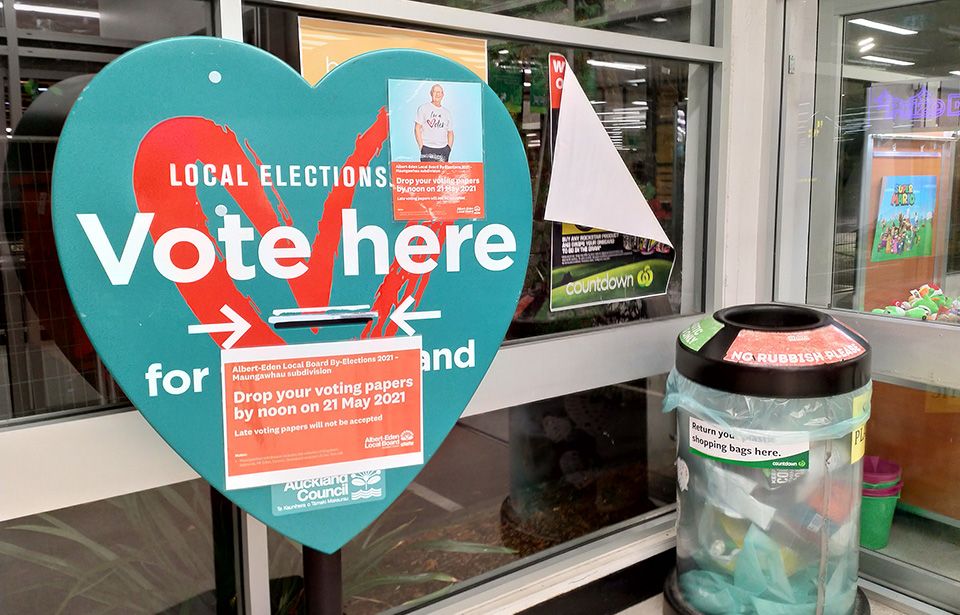 The by-election for the Maungawhau subdivision on the Albert-Eden Local Board closes on Friday. Photo: Justin Wong

Only 12.3 per cent of voters have voted in the Maungawhau subdivision of the Albert-Eden Local Board by-election, 10 days into a 13-day voting period.

The by-election was triggered when board member Benjamin Lee resigned in February to move overseas.

Local boards are responsible for overseeing public facilities like parks and beaches, and making decisions on rates, bus timetables, alcohol licences, and other issues.

The Albert-Eden Local Board is made up of eight members, with four each elected from the Owairaka and Maungawhau subdivisions.

Currently, three members belong to the right-leaning Communities and Residents (C&R) ticket while the left-leaning City Vision group has four.

The Maungawhau subdivision includes the suburbs of Kingsland, Balmoral, Epsom, Mount Eden, Greenlane, and part of One Tree Hill.

Resource management lawyer Will McKenzie is running for the C&R ticket.  He was a policy advisor to John Tamihere’s 2019 Auckland mayoral campaign and proposed to expand the Harbour Bridge into two stories with 18 lanes.

Mr McKenzie told Te Waha Nui that one of his focuses is on park shortages and hopes to grow the number of pocket parks.

He said the proposed Auckland light rail project, which was sent back to the drawing board by the Government in April, is not “reasonable” and “not fair on the locals”.

“Some of the proposals have included having a completely separated light rail track, which means no cars or bicycles.

“There would be one lane left for vehicles and cycles and that would mean no stopping or parking on the whole length of Dominion Rd 24 hours a day.”

Mr McKenzie also said cycling facilities “could be provided a little better” on the main roads, but there are limited space and he believes sharing bus lanes with bikes are currently working.

Independent candidate and development manager Jose Fowler is also running in the by-election. He was the chair of the Eden Park Residents’ Association which supported having more concerts at Eden Park.

He says he is a “truly independent candidate” and will act as the tiebreaker between C&R and City Vision board members if elected.

“A successful independent candidate has probably got more leverage than ever before.”

Mr Fowler also said he wants to see better facilities at parks and “generate pathways for residents to communicate better with Local Board members”, but criticised the light rail for “going nowhere” and a “waste of taxpayers’ money”.

However, he believes cycling is “feasible” within the area and it “needs to be well-planned”, as current policies are developed by “people who don’t cycle”.

Transport advocate and lawyer Bernadette Power is running for the left-leaning City Vision but chair of the ticket, Robert Gallagher, told TWN she was too busy to be interviewed.

Voting closes at noon on Friday, May 21.

This story has been updated to reflect that City Vision chairman Robert Gallagher, not candidate Bernadette Power, declined TWN's request for an interview with her.