Conflict in the audience at Billy TK Jr rally in Whangarei 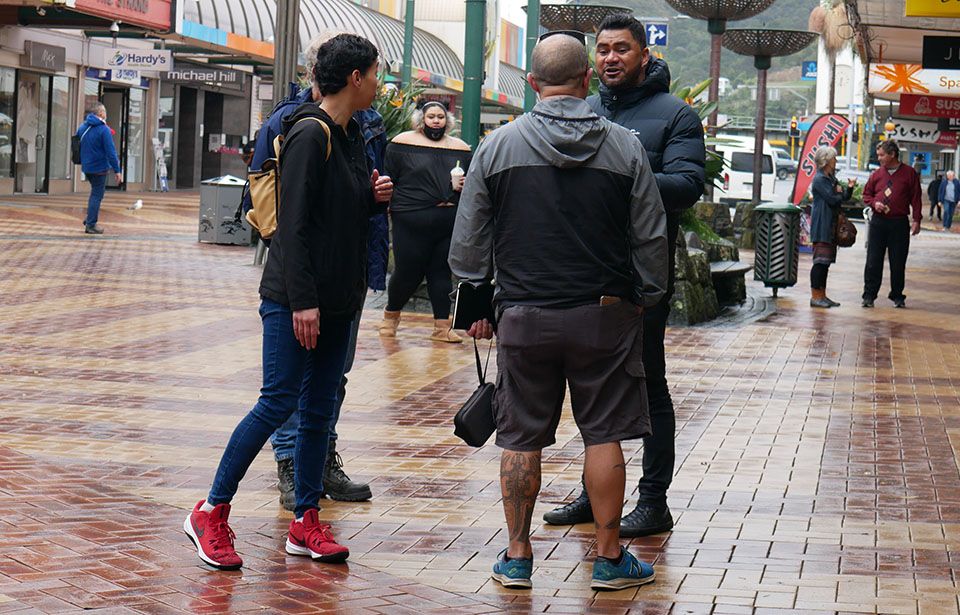 A man is crowded by supporters of a party using COVID-19 conspiracy theories at small rally in Whangarei. Photo: Matthew Scott

There were heckles, jeers and arguments at today’s Whangarei rally for parties proposing pandemic conspiracy theories.

A man pleaded with the crowd to ignore the controversial Te Tai Tokerau candidate Billy Te Kahika Jr and listen to the experts about the dangers of COVID-19.

The rally for Advance NZ and the New Zealand Public Part at Cameron St Mall at noon was attended by about 60 people.

Most were supporters of Mr Te Kahika Jr, who discounted the dangers of COVID-19 in his speech, saying that “there is no medical basis for saying that this is a deadly disease.”

The dissenting voice in the audience had one question for him: “Then how do you explain the deaths?”

Three members of the crowd approached the man and challenged him while Mr Te Kahika Jr continued with his speech.

The man asked them to keep socially distanced from him but the three continued to close in around him.

Another anti-lockdown march is expected to go ahead on Saturday, hosted by internet group FACTS NZ.

A Whangarei community CitySafe security guard said the protests and rallies have been largely peaceful.

“The one they had on the weekend was well-managed,” he said.

“Everybody was pretty much marching along peacefully and they were fine with members of the public.”

He said he did not expect any trouble on the weekend.