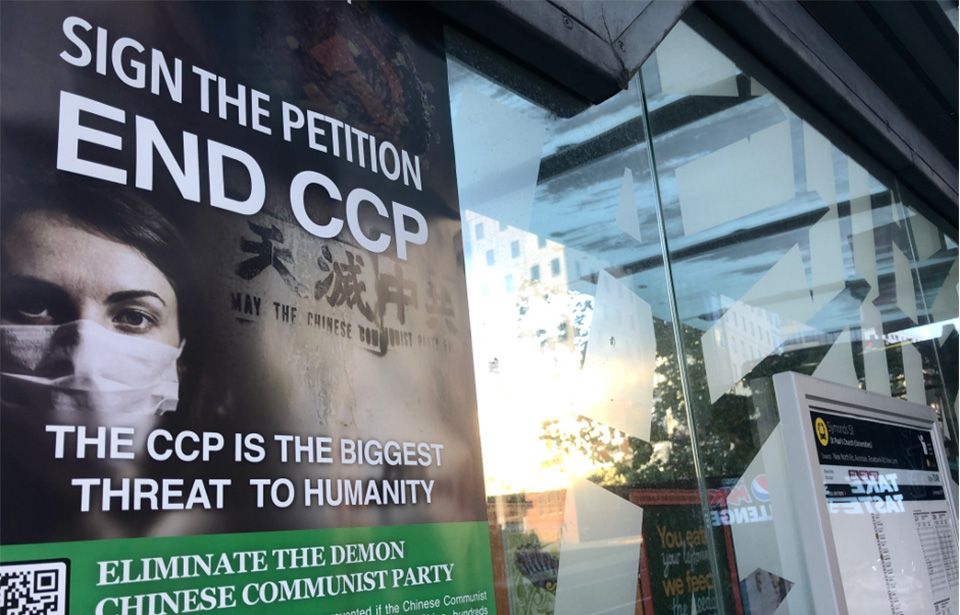 Anti-CCP messages around Auckland are including claims about the party being responsible for the pandemic. Photo: Zoe Humphrey

High-profile advertisements blaming the global pandemic on falsehoods told by the Chinese Community Party are popping up across Auckland.

“This pandemic could have been prevented if the Chinese Communist Party did not lie,” reads one advertisement.

Its headline claims the CCP is the biggest threat humanity faces.

But dissident Chinese communities are being affected by misinformation blaming the CCP for the Covid-19 pandemic, says a senior lecturer in politics and international relations, Dr Stephen Noakes.

Dr Noakes, who works at the University of Auckland, calls this covid-related rhetoric another layer of the “public-relations war between the Chinese state and these dissident groups”.

“It is undeniably having an effect on the way Asian New Zelanders live their lives.”

Of those in the report who experienced Covid-19-related discrimination, 40 per cent were Chinese and 27 per cent were from other Asian cultures.

Neither side in the propaganda war between dissidents and the CCP worries about the truth, simply wanting to smear each other, Dr Noakes says.

Unverified posters like these can influence public perception of claims by other Chinese dissidents, Dr Noakes says.

“My concern is that such a polarised debate leaves too little room for nuanced views of China at a time when New Zealand desperately needs these.”

The posters, provided by the Global Service Centre for Quitting the Chinese Communist Party, label the CCP as “evil”, “demonic” and “the biggest threat to humanity”.

The petition has gained about 850,000 signatures globally. The New Zealand anti-CCP movement is known to be “small but determined, media-savvy, and pointed in its criticism”, Dr Noakes says. 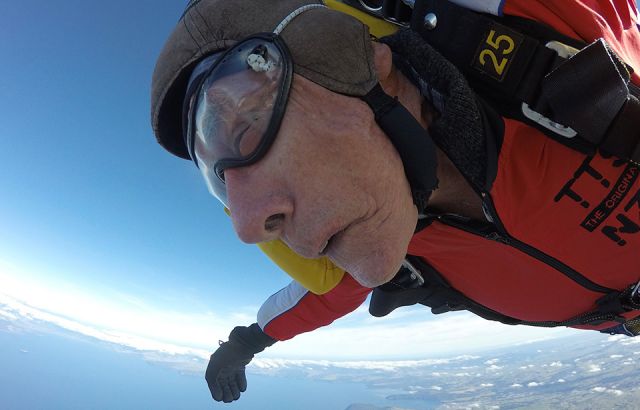