Auckland mayoral candidate wants to take the ‘stuffiness’ out of politics 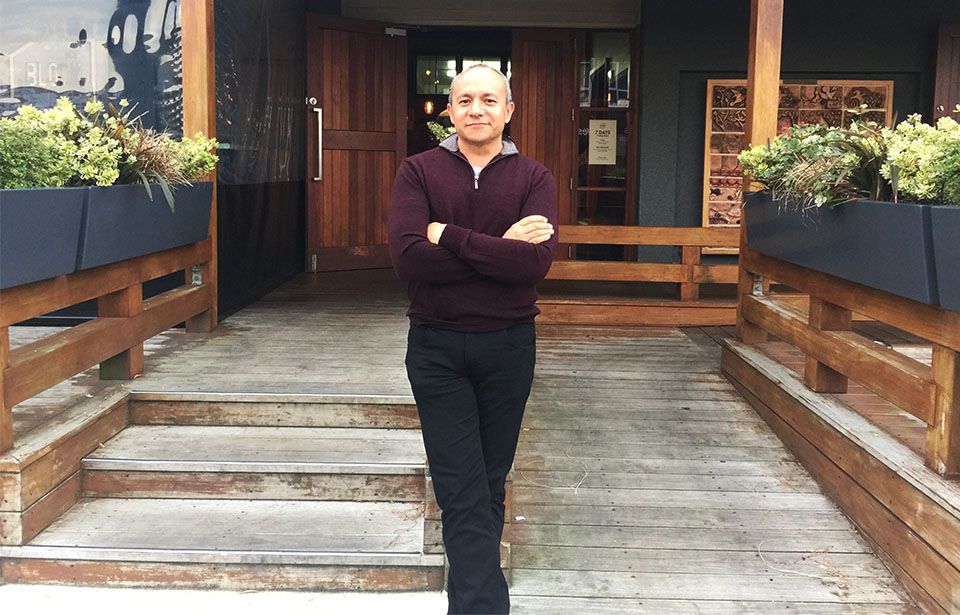 Newcomer to politics Craig Lord is a candidate for the upcoming Auckland mayoral election in October. Photo: Sehej Khurana

There is a new contender for mayor, and he is not a politician.

Blockhouse Bay resident Craig Lord is a marriage celebrant, former engineer, editor and journalist who decided to run for mayor after his friends convinced him he’d be a good fit for the role.

Mr Lord said they were discussing the “junk” going on - like the council spending $260,000 on a sculpture for O’Connell St last year when the idea came up.

“Initially you wouldn’t think engineer, talker, writer for a mayor. But when you analyse the actual true job of a mayor, there’s less politics than what you might think,” he said.

To Mr Lord, the mayor is a “spokesperson” for the city rather than a “dictator” who makes policies. That’s why he said he was offering no policies.

Instead he was offering dreams and goals to make Auckland better.

On the agenda is getting to the bottom of Auckland Transport’s 50m bus lane fines.

“It’s one of the small things that grates people, yet I find that one to be borderline corrupt. When all they have to do is put up a sign on the side of the road or paint a sign with 50 on it, but instead of doing that, they fine people for encroaching over it.”

Dr Andrew Cardow, a senior lecturer at Massey University, said Mr Lord is right to an extent; the mayor is co-ordinating a position with very limited power, but policies are what people vote on.

“You really do need to offer some ideas of where you stand,” he said.

In a recent study, he and a few colleagues found that local government officials are more likely to be elected when they stand with a party, rather than alone.

In a video, Mr Lord explained his stance by saying he understood people want policies so they had something to vote for.

But, he asked to be a representative of the public.

“I am asking you to instead vote for me to represent you, the city, for its overall best interests.”

Mayor Phil Goff, who is running for his second term, announced his first policy this month. He wanted to implement a review of all council-controlled organisations.

A campaign spokesperson for Mr Goff said “if that is Mr Lord’s approach to a Mayoral campaign, it seems rather unusual. Mr Goff will continue to articulate his vision for building a better Auckland for everyone".

Mr Lord said it was the mayor’s job to conduct the review himself.

“If a machine’s broken, you don’t bring in a working group until you decide what plan of attack to fix that machine. You roll your sleeves up, you open up your tool box and you get in there and solve the problem.

“Fault find, fix, repair, build. Whatever it takes,” he said.

But Mr Lord said he was pretty confident in his chances.

“If the general public get to understand who I am, I’ll actually be a viable option.

“There’ll be plenty of haters, that’s life. Broad shoulders, I can handle that," Mr Lord said.