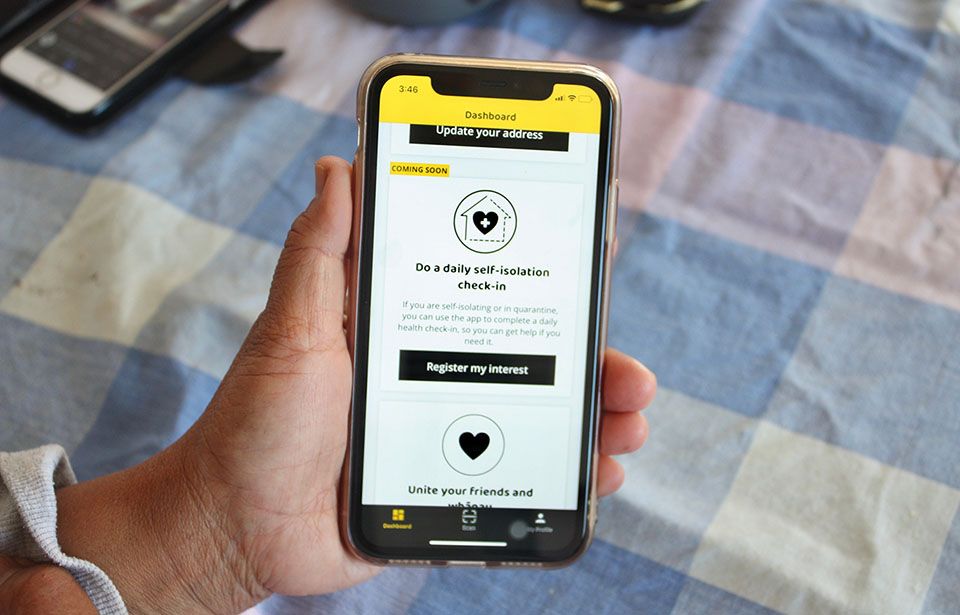 The NZ Covid tracer app allows users to log in their details for contact tracing and scan QR codes in public buildings.

Te Wahanui asked five local residents in Birkenhead to share their thoughts on the new app which launched yesterday.

Petra Adannova, a personal trainer who has lived in the Birkenhead area for two years, says she’s heard about the contact tracing app but has some reservations about downloading.

“I feel there is a need to advertise it more and tell people why they should use it and how.”

“It feels like someone is watching where I am, it feels a little creepy. But if I’m going to a restaurant then you’re probably going to need to sign your name anyways so why not,” Ms

“My ex-boyfriend used to have a tracking chip on my phone, so it’s quite scary for me,” Ms Chen said.

Despite the concern, Stephanie says it’s a good idea and will download the app in the future.

Zara Kashkari, a mental health advisor from Birkenhead, says there is too much admin involved in the app since contact tracing has already been established in most places.

“It’s a nice idea but it’s very optimistic. What we have now with contact tracing is sufficient.”

Ms Kashkari says she doesn’t have enough storage on her device to download an additional app for contact tracing.

“It’s too much admin. Why would I sign up to an app when I can use my camera phone to scan QR codes that redirect to websites.”

University student Natalie Heath has yet to download the app but says an integrated system with contact tracing makes sense.

Liam Peterson, a local retail manager, says he will have a look before eventually downloading the app.

“It’d be good to keep track of everyone right” Liam said.