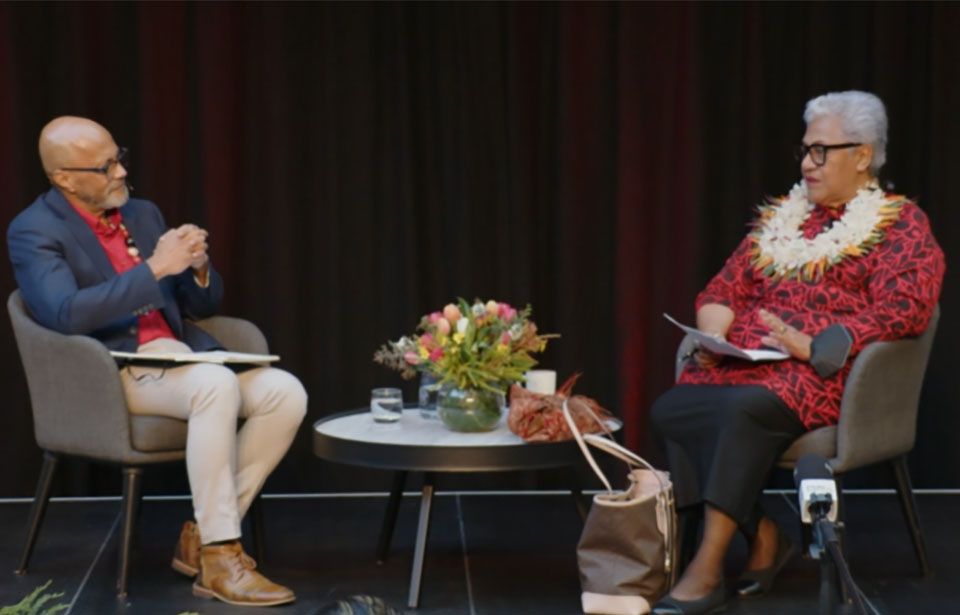 The 2019 Measles outbreak, followed by the COVID-19 pandemic, placed significant pressure on the Samoan population, especially when it came to issues surrounding mental health.

“It’s been quite notable [in] the rise in reporting of domestic violence. I don’t think that Samoa’s any different from other countries in that respect.

"I think it’s partly the pressure that families are under. But it’s also pushed us to find the ways and means to offer support to the victims of domestic violence. And also people who are experiencing really dire situations.”

The comments came during the Prime Minister’s first public appearance while on a three-day visit to New Zealand.

Prime Minister Mata’afa spoke on topics ranging from her origins, the winning strategy behind her political party, and her plans for Samoa’s future.

She said her immediate focus was on Samoa’s recovery in the wake of the COVID-19 pandemic.

“We’re not really set up as a welfare system. Our economy doesn’t support that level of [assistance]. But we are looking, because it’s inescapable that there are people facing real hardship.”

The Prime Minister said the measles outbreak had underlined not only the importance of trauma counselling for families, but also its lack of supply.

“We know that there’s a shortage of that skill in Samoa. But the few that are there, they’re organising themselves because they do see a rising need.”

According to Dr Siautu Alefaio-Tugia, an associate professor of psychology at Massey University, Prime Minister Mata’afa has been a strong advocate for mental-health initiatives in Samoa for several years.

“Since the [2009] tsunami she’s been a patron of … our in-country partner in Samoa which is called Soul Talk.”

Soul Talk Samoa is a charitable trust that works with churches and their pastors to provide trauma counselling for their own communities.

“The churches are really under-utilised in a traditional humanitarian framework. They’re not seen as that first port of call. And yet that’s who all our people go to.”

According to Fraser, the event with the Prime Minister was intended to be a “warm conversation on her leadership” that would “give people an opportunity to get to know her as a person”.

He said he believed that with Mata’afa as Prime Minister, Samoa could be optimistic for its future.

“Those who listened to her in the interview, or have seen her in a number of other platforms, will be reassured that Samoa is in steady hands.

"You have a leader who is very grounded, and very experienced.”