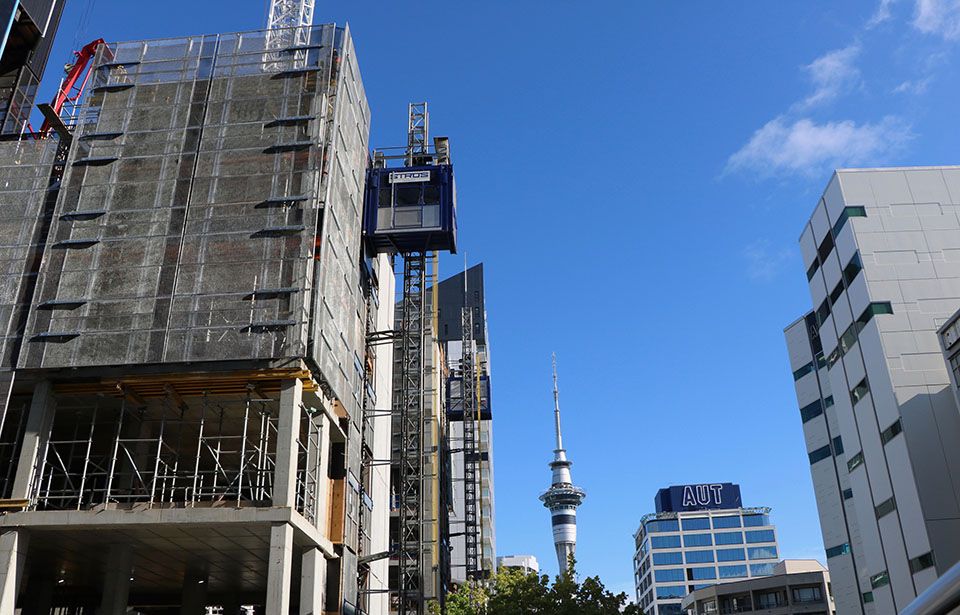 Students are worried new accommodation opening next year for nearly 700 AUT University residents might be a risk to well-being.

They say the self-contained studio rooms within the development could make it easy for residents to isolate themselves.

The new building on the corner of Mayoral Drive in Auckland’s CBD will consist of 697 self-catered rooms, each with their own kitchen and en-suite bathrooms.

An AUT spokesperson says the new building is being funded by a private developer and will be operated by UniLodge, an Australia based accommodation provider.

Third-year communications student Jacob Pietras has experienced self-catered living during an exchange to Vermont and says it is easy to isolate yourself.

“It does make me pretty worried knowing someone could be suffering and you could have absolutely no idea”, he says.

A former residential assistant, Tristan Syse, spent his first year of university living in a UniLodge studio room in 2017.

“I found it could get really lonely and isolating especially since there wasn’t really a sense of community there,” says Mr Syse.

He says student accommodation should be designed to help residents feel a sense of connectivity.

“That relies heavily on some common amenity, and a sense of encouragement to leave your bedroom,” Mr Joe says.

An AUT spokesperson told Te Waha Nui, there will be one communal floor in the new building to provide a community hub for students.

The floor will include a large kitchen, dining areas, a games room, music and media spaces. There will also be quiet study spaces, a communal laundry and two outdoor areas for barbeques and seating.

In contrast to the new development, AUT’s other central-city facility, Wellesley Student Apartments (WSA), has more communal, apartment- style living, with about five people per apartment. This is managed by Campus Living Villages.

Inside the walls of WSA

Ex WSA resident Emily Clapcott says she would have felt scared and intimidated moving into a studio room in her first year.

“I definitely think it would be quite lonely because even if you don’t necessarily like your flatmates, it’s still that thought of having people around you”, she says.

The student accommodation sector came under public scrutiny last year following the death of Mason Pendrous, whose body was not discovered for several weeks at the Sonoda Village Student Accommodation, also run by Campus Living Villages in Christchurch.

Since Pendrous’ death, the government has introduced an interim code of standards for the care of residents in student accommodation across New Zealand.

In the wake of the tragedy, AUT says it carried out an independent assessment of processes, procedures and systems within accommodation services to confirm that they met the safety and well-being of residential students and to ensure that residents were appropriately supported and monitored.

UniLodge was approached for comment but had not responded before deadline.