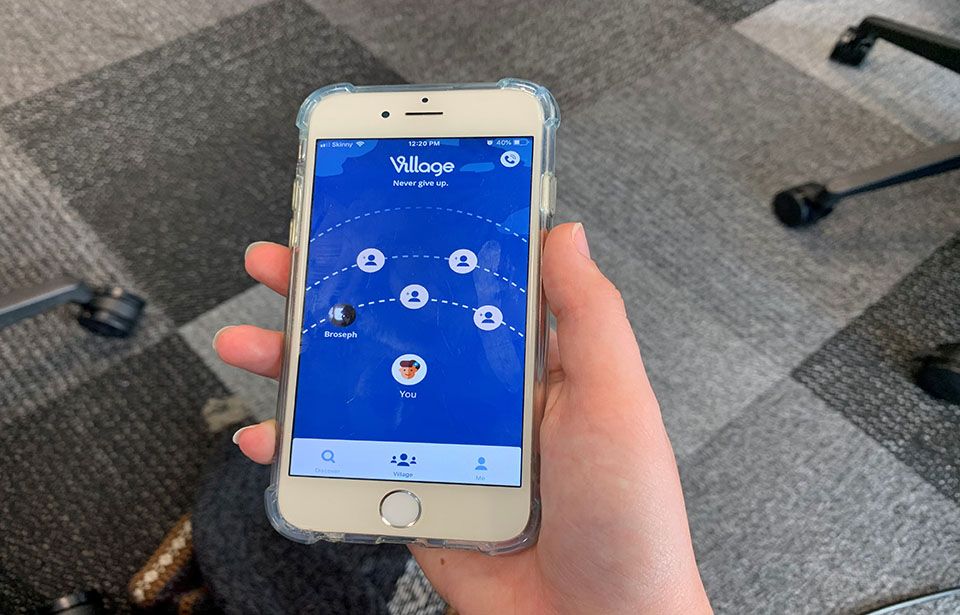 Users can have up to five close friends or whānau as their support "buddies". Photo: Lucy McConnell

Lack of internet access could be a barrier for users of Starship's new mental health app for young teens.

The Village was launched this week in response to a sharp spike in the number of young teens admitted to Starship because of self-harm in the past two years.

The app is designed to make it easier for young people to reach out to a network of up to five trusted people called buddies.

To send or receive messages, users must have access to the internet.

Maddy Jennings, a youth-work coordinator from MATES at Great Potentials, says during the lockdowns, many young people were struggling.

“[The pandemic] just put a halt on education, and I think that really affects youths’ mental wellbeing, mainly just because school is a way for them to get away,” says Jennings.

Jennings says having mental health resources online is a barrier for many of the kids who need them.

“A lot of our resources for mental health are online at the moment . . . so I think [a lack of internet access] does hinder them [kids in need] a little bit.”

Starship child physiatrist and paediatrician Doctor Hiran Thabrew says that while the app needs internet, it is not as internet dependent as some of the other types of e-health interventions.

“You don’t need an amazing internet connection to be able to do it [send or receive messages]. You just need something reasonably basic.

“We were very conscious in designing to make it use as little data as possible . . . so messages are stored on people’s devices, rather than having to constantly being connected to the internet for it to be able to work.”

Dr Thabrew says that while the app is a mental-health support app, it is not intended to replace clinical mental health help.

The Village can be downloaded from the app store or Google play, to find out more you can go to The Village website.