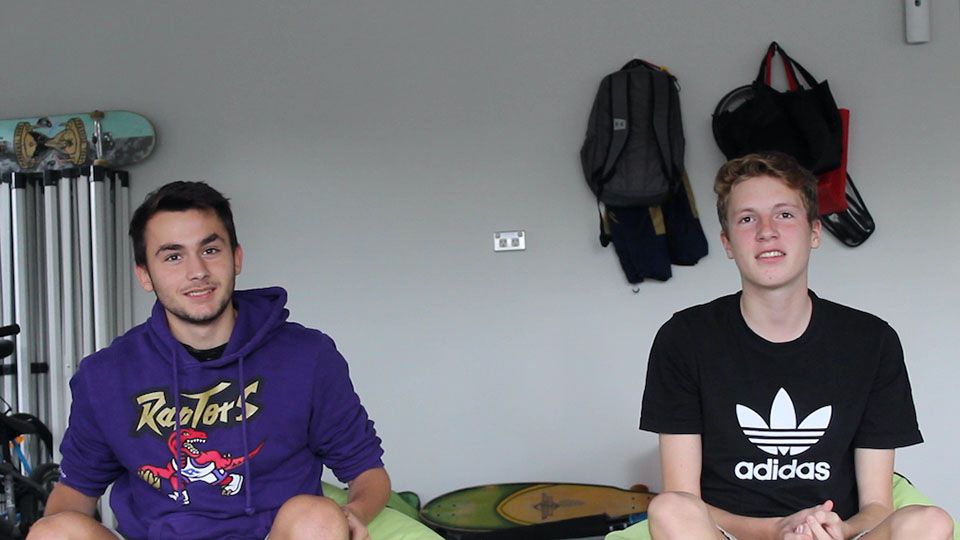 Giulio Perrotta (17), left, and Maximillian Schlueter (16) came to New Zealand for a challenge. They got it. Photo: Brianna Stewart.

Two European teens decided to hunker down with their Tauranga host family as countries worldwide face the COVID-19 pandemic.

Giulio Perrotta and Maximillian Schlueter each made the decision to remain in New Zealand instead of returning to their home countries to be with family.

“It is kind of strange to be here in lockdown without our families but you get used to it,” says 17-year-old Giulio.

The Italian stayed in New Zealand during lockdown because going home was not an option.

Italy announced total lockdown in early March and has recorded close to 220,000 confirmed cases and more than 30,000 deaths to date.

Giulio says he likely would have stayed in New Zealand even if he had the opportunity to go home because he feels safer here.

He hopes he will be able to return home at the end of his scheduled six month exchange in July.

Maximillian says it is weird to be so far away from his home in Germany, but it is nice to try something new and take the opportunity to be here.

The 16 year old had the opportunity to return to Germany under Government repatriation programs, such as those run by Lufthansa in early April.

He chose not to fly home because he would miss out on several months of his scheduled time in New Zealand.

Watch Giulio and Maximillian speak about their decisions to stay in New Zealand here.

Giulio and Maximillian originally chose to do international exchanges to New Zealand because they wanted the challenge of being far away from their families and friends.

Neither knew any friends who had been to New Zealand and both wanted to try something special and new.

The pair have spent lockdown in their host family’s Papamoa home and say they watch a lot of Netflix and play a lot of pool amongst their online studies.

During level four, seven people lived in the house which Giulio says was great.

He feels that it would have probably been very boring if there were less people.

Maxi agrees, saying it was nice being able to play three versus three football games.