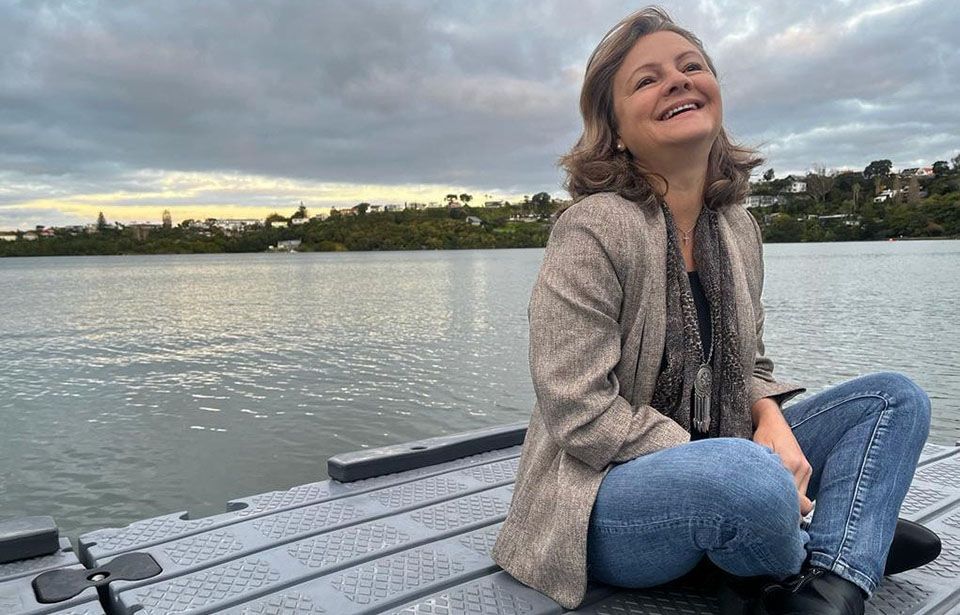 An Auckland cancer patient suffering from multiple tumours has had a surprise recovery after taking part in a clinical trial testing two immunotherapy drugs in combination.

The 54-year-old assistant accountant, Denise Monteiro, had stage-four cancer, with tumours on her rectum, pelvis, liver, lymph nodes and lungs. But immunotherapy treatment changed her life.

“[The doctor] said that I can consider myself cancer free,” Denise told TWN.

Conventional chemotherapy and radiotherapy not only failed, but also gave Denise harsh side effects, including diarrhoea, vomiting, bloating, weakness, headaches and hair loss.

“The worst is that it killed my white cells. I got to the limit [with just enough white cells] to be alive. I had to delay my treatment a couple of times to give my body time to recover,” she said.

After her treatment, Denise was discharged from Auckland Hospital back to her general practitioner’s care for palliative treatment.

All the chemotherapy treatments available had been used but none had worked.

Her only other choice was immunotherapy, and the hospital gave her two options on how to access the treatment.

The first was through a private clinic, where the treatment would cost about $40,000 and was neither approved by Medsafe nor funded by Pharmac.

The alternative was a clinical trial at Auckland Cancer Trials Clinic, using a combination of two immunotherapy drugs.

Denise didn’t think twice. The clinical trial seemed her only chance of survival.

She turned her life upside down. Alongside the immunotherapy, she changed her diet to only organic foods, and cut out sugar, gluten, dairy products, processed foods and red meat.

“I have no side effects with immunotherapy. However, not all people will react the same way. I can only talk about myself,” said Denise.

She started seeing a naturopath who prescribed vitamins and supplements to strengthen her immune system.

Until Denise’s two-year treatment ends in November, she will continue with intravenous injections of the immunotherapy drugs every three weeks.

Doctors at Auckland Hospital said they were unable to comment on individual patient care or treatments for ethical and privacy reasons.

A researcher from the University of Auckland, Dr Alicia Didsbury, said chemotherapy killed all fast-growing cells in our body without distinguishing between cancer and healthy cells.

“That’s where you get your traditional chemotherapy side-effects – your hair starts to fall out and your gut is upset, because those are your rapidly dividing cell-types,” said Dr Didsbury.

Immunotherapy, on the other hand, targets your immune system, she said.

Our body could recognise some infected cells and eliminate them, but tumours had the capability to turn this function off, and this was where the immunotherapy drugs came into action.

One of the drugs Denise was administered is called an immune check point inhibitor (ICI). It blocks this interaction, allowing the body to kill cancer cells.

“Rather than simply targeting the cancers cells, we are now focusing our understanding on the interactions between the immune environment and the tumour.”

ICIs have shown near-miraculous results such as Denise’s case and they sound like they might be the solution for all cancers, but research is not there yet, she says.

“Currently there isn’t enough [clinical] evidence to support their use in all cases, but the good news is that ICIs often work in cancers that are hard to treat with chemotherapy, such as late-stage melanoma,” said Dr Didsbury.

Even though clinical trials can provide access to immunotherapy, she said there was poor access to such trials in New Zealand.

The United States Food and Drug Administration had approved a new ICI for metastatic melanoma in March and there were at least 33 clinical trials worldwide, she said.