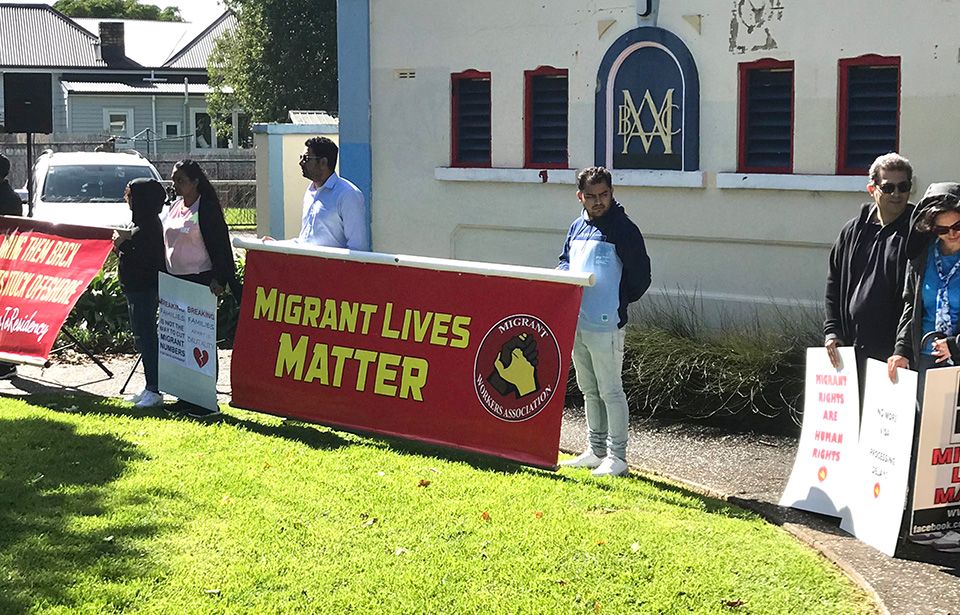 THE GOVERNMENT HAS EXTENDED BORDER EXEMPTIONS TO A FEW HUNDRED CASES BUT THE MIGRANT WORKERS ASSOCIATION NZ SAYS THIS IS NOT ENOUGH. PHOTO: GABRIELLE MCCULLOCH

An Indian mother in New Zealand has not seen her four-year-old son for almost two years because of Immigration New Zealand’s inflexible border rules.

Sapna Balda and her husband shared their story of family separation at a recent migrant-rights rally.

Ms Balda came to New Zealand from India almost two years ago and planned to bring her son, Vidyansh, shortly after.

Vidyansh was granted a six-month visa, but when the border closed, the family was separated.

“Just four years old. In July, it will be two years. I’m not with him on his birthday,” Ms Balda says.

“Now I am planning to go back to my country because I have no option. Either I cry here, or I go back. That is the option."

A cellphone screenshot of four-year-old Vidyansh.

Vidyansh’s visa expired during the first lockdown. Immigration New Zealand only extended visas for migrants in the country, not those offshore.

He says the Government needs to “maintain a careful balance between allowing exceptions for some people to come here while ensuring our safety systems in managed isolation, quarantine and Covid testing can cope”.

The Government “continues to review the criteria for border exemptions”, he says.

“[Migrants] can apply, and they pay their application fee, but Immigration New Zealand is not processing any applications,” she says.

“That’s very dishonest because they are taking their money and just holding onto it.”

This includes dependents and partners of health care workers and highly skilled migrants, as well as visa-holding family members of New Zealand-based migrants.

Ms Kaloti says this is not enough.

The exemptions come as good news for health care workers and highly skilled migrants, but in the last category, only a handful of people will meet the requirements, she says.

“Most of the visas issued on family ties have been for about six months. So those visas, all of them will have expired,” she says.

This is the case for young Vidyansh. His second visa application is still pending, as it has been for the past year.

“I do not understand why they are playing with our emotions and making us cry every day with no hope,” Ms Balda says.

Both Ms Balda and her husband are engineers but are not considered highly skilled under immigration rules.

Ms Balda’s story is just one of many migrant families who are caught in the uncertainty of immigration during the pandemic.