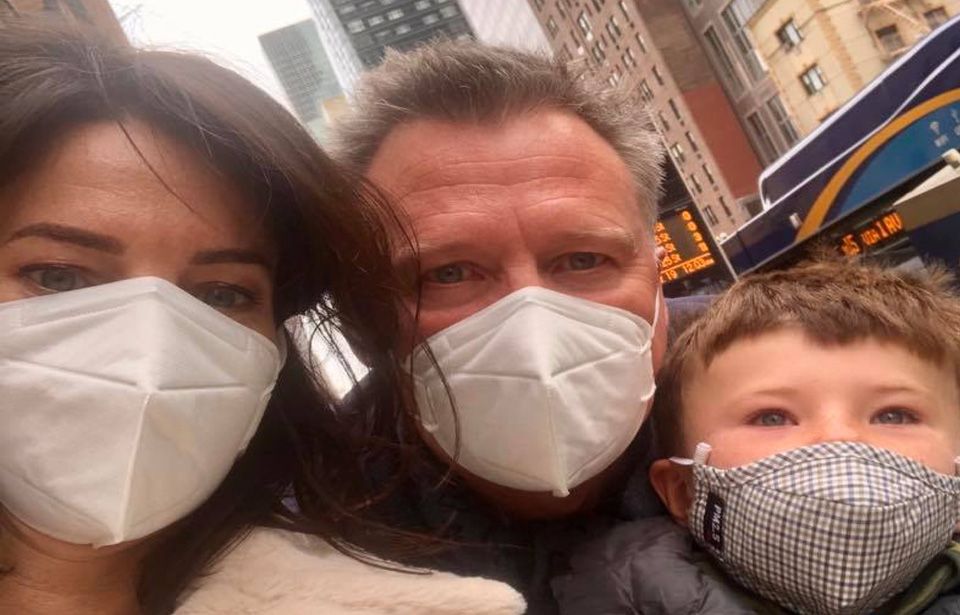 A Kiwi mum’s life took a turn for the worst after she fell victim to Covid-19 while making the move to New York.

Arlene Goodwin relocated on March 15 for her husband’s position with the ANZ bank. The family was pushed into panic when the Governor of New York State issued a mandatory lock down starting the next day.

“We moved country quite possibly at the worst time in modern history,” she said.

“Panic started to set in that we wouldn’t be able to find a safe place to hunker down. Our transfer agent told us our apartment viewings were cancelled and hotels were closing,” Mrs Goodwin said.

After 48 hours in New York City, the Goodwins decided to relocate. Their transfer agent, who was appointed to settle them in, found a residence for them in Stamford, Connecticut and they moved within the week.

Mrs Goodwin started getting headache’s and felt lethargic during the first week in the new apartment.

“I Initially put it down to the stress and tried to forget about it. I never had a temperature or fever which back then was the key sign everyone referenced,” she said.

“Then I lost my sense of smell and taste and got a sore throat like no other so I got tested.” Mrs Goodwin tested positive but her husband and son, named Luca, both tested negative.

For over three weeks, Mrs Goodwin was unwell as the virus damaged her heart and caused a fifty per cent loss of taste and smell.

She contacted their transfer agent, Gyula, and was surprised she hadn’t had a response given he had been a big part of the relocation process.

A month on, Gyula’s wife phoned Mrs Goodwin and said he had contracted the virus and was hospitalised the week after he settled them in Connecticut.

She said he had been on a ventilator for four weeks and had since died, leaving his wife and 3-year-old son behind.  His wife said there was a likelihood he had passed the virus onto Mrs Goodwin.

“This destroyed me,” she said. “I still can’t fully comprehend or rationalise it."

When Mrs Goodwin recovered from the virus, the family moved back to New York with support of the ANZ bank.

“ANZ have been amazing and supported us the best they could,” she said.

ANZ’s senior manager of talent and culture Gina McJorrow, said the company recognised that international assignments, whether permanent or short-term, provide career development opportunities for their employees.  But did not comment on this individual case.

“We provide practical support to employees and their families when they relocate to work for ANZ overseas and assist them with settling into life in their new environment,” she said.

Mrs Goodwin wishes the pandemic would end so her other sons could join them.

“I want to give them a hug and enjoy all the things New York City is famous for but that is all a long way off until the vaccine is found,” she said.