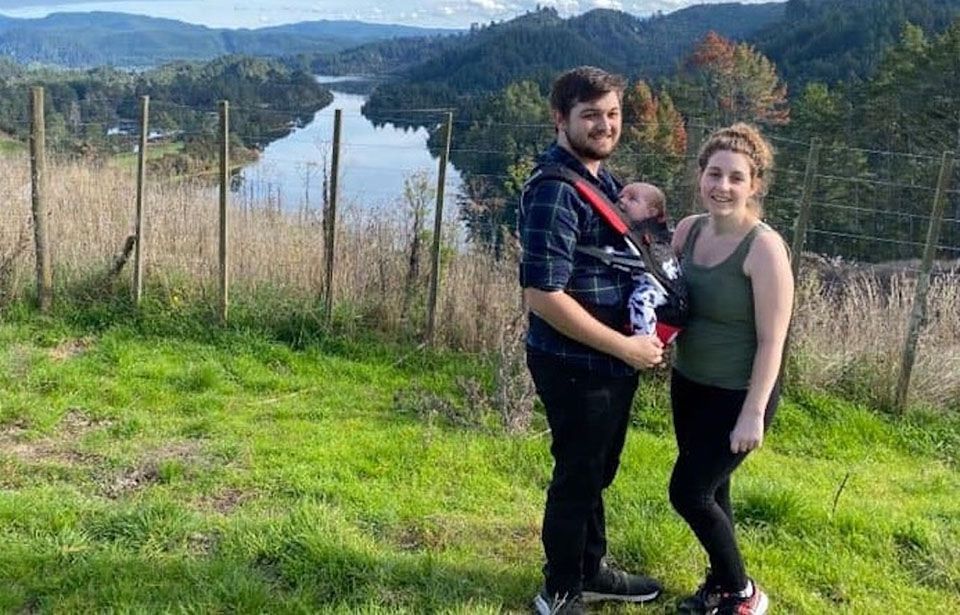 New parents Molly Hunter and Haedain Wright are eager to get their son checked over by their Plunket nurse after lockdown. Image: supplied.

The return of in-person Plunket services mean new mums like Molly Hunter no longer have to have worry about their babies being weighed in car boots.

Ms Hunter had to take her son Heath to the boot of her midwife’s car during lockdown appointments to check his weight as part of social distancing requirements.

Heath has not been weighed for five weeks because follow-up Plunket calls have been online, and Ms Hunter is eager for their next Plunket appointment to be in more normal surroundings.

In-person Plunket services are being phased in nationally, with high needs whānau being prioritised first, and Heath’s age means he is a priority.

A Plunket spokesperson says they have taken a lot of time to make sure they do things right.

“It’s a sensitive area with babies so we wanted to make sure all the health protocols were are in place before opening fully.”

She says the virtual services offered by Plunket during lockdown, including phone and Zoom video calls, were considered useful by a lot of people

“For people who are busy and do not have a lot of time or do not need a higher level of care, they this is a great option,” the spokesperson says.

Plunket says the virtual services are not going to suit everyone and things like weighing will need to be done in person, but for those it benefits they will continue to be offered by Plunket.

Ms Hunter and her partner Haedain Wright have received two phone calls in place of face-to-face appointments since their baby turned five weeks old and are looking forward to having contact with a health professional at their first in-person Plunket appointment next week.

“Lucky for us he is a baby where we can tell he is having enough to eat and he is putting on weight,” says Ms Hunter.

Ms Hunter did not feel totally fulfilled by her phone call checkups and found it difficult to answer some questions without knowing what would is considered ‘normal’.

“Apart from the really common problems, we don’t know what is wrong and what is right.

“Being a first-time mum, you rely on those these visits to reassure you that everything is going well and you are doing everything right and we haven’t really had that.”

Ms Hunter’s midwife was able to visit them prior to lockdown being enforced and every two weeks thereafter appointments were conducted from a distance.

She is pleased they got to see their midwife but says the situation was a bit impersonal and she felt awkward bringing up personal concerns in the driveway.

Going into lockdown with a newborn had its positives, though, with Mr Wright able to spend two months at home with his new family.

“It is something that I never would have been able to experience in life, to see him growing,” says Mr Wright. “Going back to work I feel like I’m missing something.”

Ms Hunter says they are working on getting into a routine of their new normal now the fantasy of having the family unit at home is over.