Waipoua Forest will get first 1080 drop in eight years 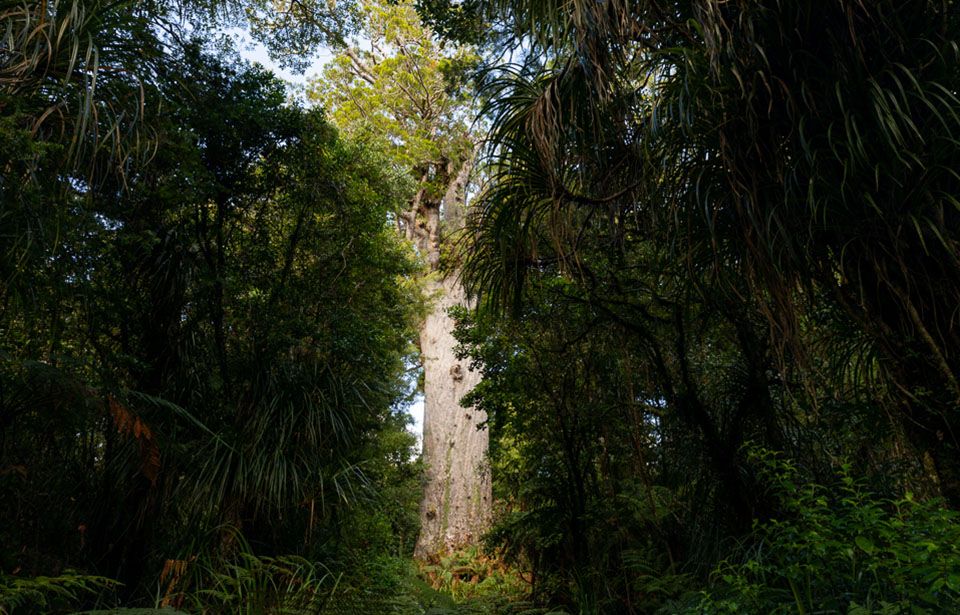 The Waipoua Forest, home to the legendary Tāne Mahuta, will be treated with 1080 this winter, the first drop since 2014.

Conservationists hope the drop will significantly reduce pest numbers and allow the flora and fauna to recover.

“That’s telling you the gravity of the situation,” he says.

Kūkupa, the northern wood pigeon, are competing with pests for food, kōkako numbers are being challenged and there are no signs of short-tailed bats where they were thriving 10 years ago, he says.

Te Roroa iwi are kaitiaki of the forest and own the land as part of its treaty settlement. Its  members are kaimahi on a number of DOC projects .

Calder says the kaumatua of Waipoua have the environmental awareness to see what is going on.

“They recognise [1080] needs to be done more than any of us, as they live in the forest and see it every day,” he says.

Calder says misinformation has hindered efforts to use 1080 in recent years, but DOC hopes to drop the toxin more regularly in the future. 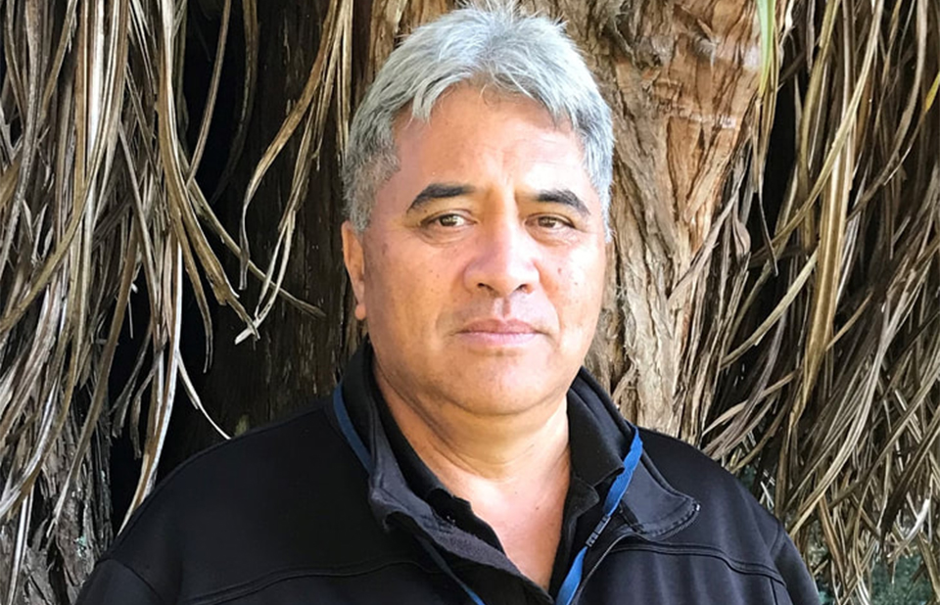 “When [people] see the different treatments and see how they were applied, and see what the results are, that is really key to maintaining that social licence when [1080] comes up again," Tane says.

He says when whānau from Matatina and Pananawe marae in the Waipoua Forest Settlement voted on this year’s drop, there was 80 to 90 per cent approval.

Some younger people were asking questions, he says.

“But there was still a lot of the younger whānau who grew up listening to stories about how the forest was on the brink [of collapse].

“In the last 45 years, I’ve seen a myriad of changes with the Ngahere o Waipoua,” says Tane.

While working for the New Zealand Forest Service, he saw an explosion of possum numbers in the late 1980s.

He says ecological collapse in the forest was “imminent”. 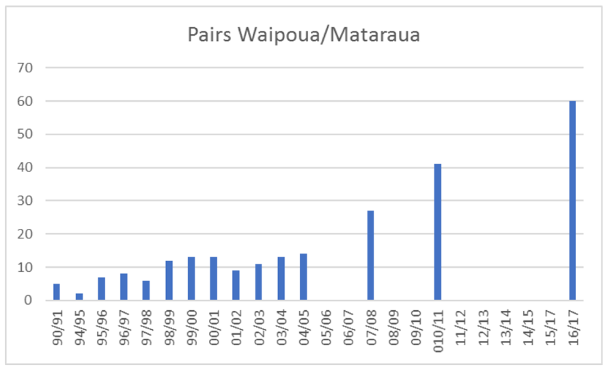 A graph shows the growth of kōkako pairs in the Waipoua and Mataraua forests. Recent aerial 1080 operations occurred during 2005, 2011 and 2014. Source: DOC

When the DOC first suggested using 1080, it got nearly 100 per cent buy-in from the whānau of Waipoua and it was “amazing” to see the forest come back from the brink, he says.

Subsequent drops were approved because people had seen the results, says Tane.

Calder says there were just five pairs of kōkako in a monitored area of the Waipoua and Mataraua forests before the first 1080 drop.

Calder says he believes extensive trapping lines help, but have their limitations.

He says when the forest produces an abundance of food rat numbers increase and "ground control infrastructure" just cannot deal with the number of animals.

Using 1080 can cover a large area, kill via secondary poisoning, and stay in the forests canopy when pests may not need to prowl the ground, he says.

As well, Tane says, the forest is vast and the terrain is too rugged to put traps everywhere.

“When you’re working in a highly impacted kauri-dieback forest, you can not apply normal trappings,” he says.