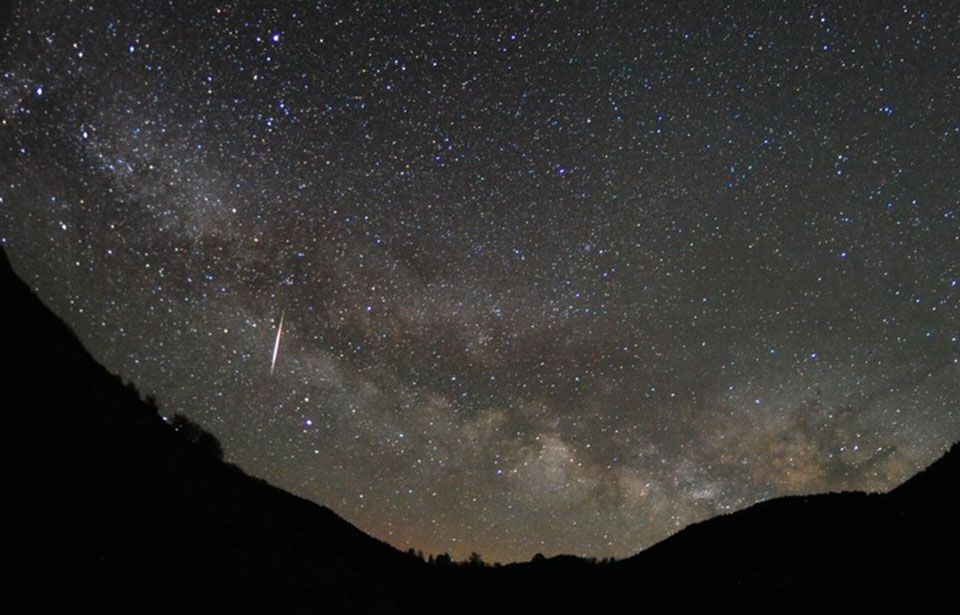 Skywatchers in the Southern Hemisphere can still catch sight of the Lyrid Meteor Shower setting the sky ablaze until the end of this month.

The meteor shower is the dusty trail of Comet Thatcher, which completes an orbit around the sun every 415 years.

While the comet will not be visible from Earth again until 2276, the Lyrid shower can be seen every autumn when the Earth passes through the trail of Thatcher.

“As comets go around the Sun, they let off particles of dust and ice.

“As the Earth passes through the trail, a meteor shower is produced,” he says.

Named after the constellation Lyra, where the shower originates, the Lyrid Meteor shower is one of the oldest recorded meteor showers.

Chinese texts dating back to 687 BC recorded that “at midnight, stars dropped down like rain”.

The Lyrid meteors blaze through the sky at around 172,000kph before hitting Earth’s atmosphere and exploding.

Observers can expect to see around 10 meteors soaring across the sky every hour, says Mr Kirkley.

“The size and brightness can vary as some are as small as pieces of sand, while other are much larger and can burn bright,” he says.

“Bright meteors are known as fireballs and usually only last a few seconds. If you are lucky, you may be able to spot a few.”

This year, the Lyrid will be at its most spectacular this week. The shower peaked in visibility at 4am on Friday.

When a meteor shower lights up the sky, getting as far away from light pollution as possible is the best way to get a prime view.

Those wanting to view the shower should head out of the city, says Mr Kirkley.

“You want to head to the Eastern Bays, Maraetai, or anywhere north of Auckland. If you are in a dark location you will see a lot more.”

The shower will still be visible up till April 30.