Owha the leopard seal back in Auckland 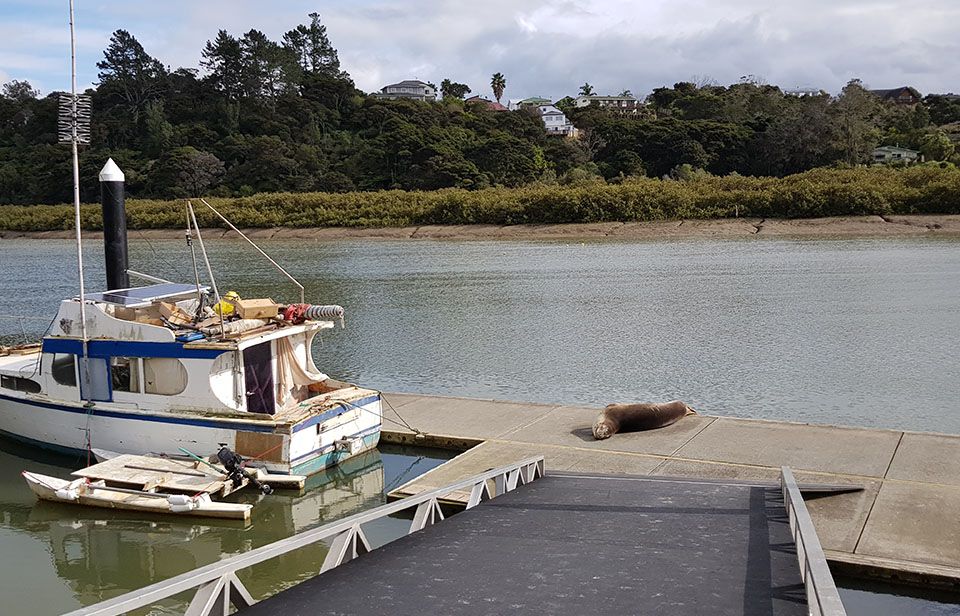 Owha the leopard seal gave locked-down locals a reason to leave the house when she returned from Northland to visit an Auckland estuary.

The seal was resting on a pontoon in Henderson Creek, near Te Atatu Peninsula.

Dr Krista Hupman, a biologist at Niwa who also fields calls for leopardseals.org, says Antarctic mammals visiting New Zealand were considered unusual at first, but this is not the case.

“She is representing the whole clan of leopard seals in New Zealand, they do actually live here,” Dr Hupman said.

Onlookers watched the 3.5 metre mammal from a safe distance and were observing social distancing.

Seals are protected under the Marine Mammal Act and a fine of $250,000 can be imposed for anyone harassing, disturbing, injuring or killing one.

Owha was first sighted in New Zealand waters in 2014, when not much was known about co-existing with leopard seals.

Dr Hupman says she has never returned to the Antarctic and the status of leopard seals has changed from a vagrant to resident species.

Owha has been seen as far afield as Otago and the Bay of Plenty, but now prefers Auckland and Northland.

Dr Hupman explained that humans should try to adjust to their presence and understand that when a leopard seal is resting on a pontoon “don’t stress, just stay 20 metres away”.

‘Hauling out’ is part of their behaviour as they rest after hunting in an area, the only difference being it is onto a man-made structure, rather than an ice shelf.

Russell Cavanagh, from Henderson Creek conservation group Te Wai O Pareira has observed Owha several times there since 2018, when he was kayaking.

“We made eye contact, then she turned and headed straight towards me. Fortunately, she was just curious and just wanted to check me out and swim underneath me.”

Her flatmate had woken her up telling her to “get in the car” after reading a post in the Te Atatu Peninsula facebook group.

“This is her local, her hangout” said Ms McLean

Owha has not been electronically chipped due to concerns that she may return to the water during the process, and drown.

Instead, sightings are verified using Owha’s unique spot pattern, and photographs often come from members of the public.