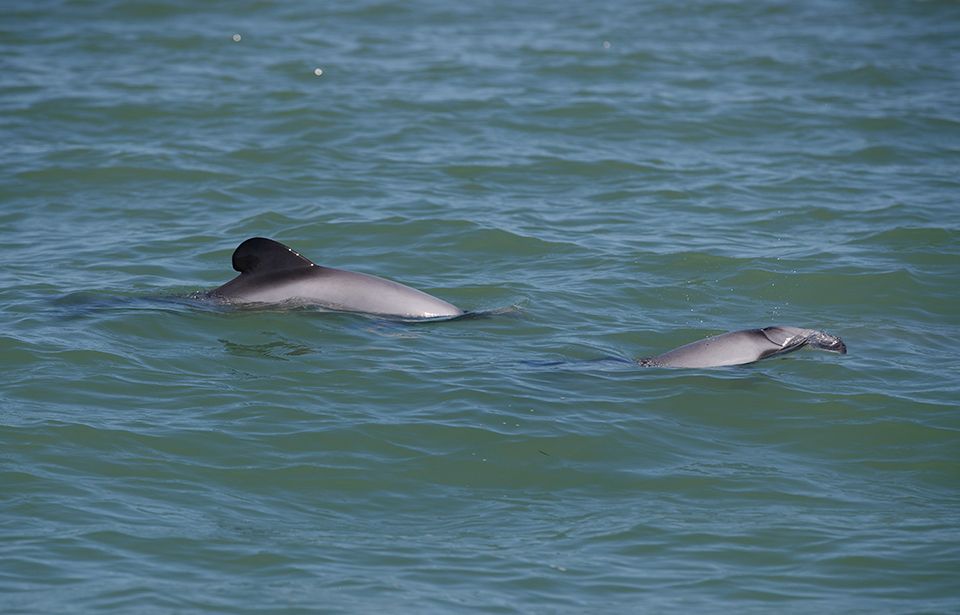 A sub-species of the Hector’s Dolphin, the Māui inhabit the West Coast of the North Island. Photo: Department of Conservation

New research has found that the diet of the Māui dolphin has become less diverse over time, signalling some success for the endangered species which is again eating what it prefers, not what it can get.

Using a library of tissue samples collected over three decades, scientists from Waipapa Taumata Rau/The University of Auckland were able to determine roughly what the dolphins were eating, and how far out at sea they were foraging.

The changes in diet were particularly noteworthy after the establishment of a marine sanctuary in the dolphin’s habitat, off the West Coast of the North Island, in 2008.

Associate Professor Emma Carroll, a co-author of the study, said researchers could see the breadth of the dolphin's diet was a lot broader before the marine mammal sanctuary was introduced.

“After the marine mammal sanctuary, they’ve narrowed down what they’re eating.”

She said while the Māui dolphin preyed upon much smaller fish than the ones targeted by fishing trawlers, the removal of those trawlers had affected the wider ecosystem, changing what food was available.

“And so, we think that the dolphins have then been able to target more preferred prey."

Carroll said more research would be required to find out if fish populations had rebounded since 2008.

No funding has been allocated for such a project.

An El Niño event in 2015 saw the dolphin’s diet change again, albeit temporarily. Carroll said this demonstrated the species’ ability to adapt to challenges in its environment.

“Even though there was a major climatic event, the dolphins were still able to get enough food. They were able to cope with that change, which is great.”

The skin samples used in the research were sourced in two ways. One involved the New Zealand Cetacean Tissue archive, the second largest collection of marine mammal samples in the world.

“Whenever a marine mammal washes ashore, the Department of Conservation, with the permission of mana whenua, will collect the sample and send it to the University of Auckland.

Most of the samples, however, came from surveys that DoC has conducted on the Māui population since 2010.

Every five years, scientists travel to the Māui’s habitat, collecting skin samples with the help of a modified dart gun.

According to Anton van Helden, a science advisor in the marine species team at DoC, it is a relatively non-invasive process.

“It goes in and takes a 5mm wide diameter plug, so it gives you this tiny little sample which they have been able to then use to genetically identify individual animals.” 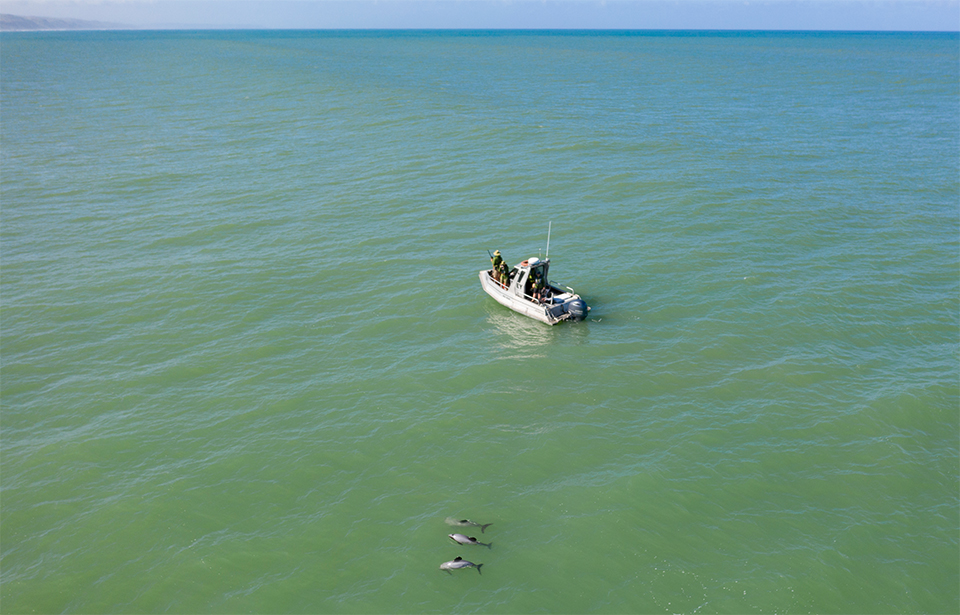 DoC’s latest estimate suggests that as few as 52 adult Māui remain Photo: The Department of Conservation

In a 2021 survey, DoC estimated that there are as few as 52 Maui adults in New Zealand waters.

Van Helden said enhancements to the dolphin’s sanctuary in 2020 had reduced the risk from fisheries to “essentially nearing zero”.

He said focus must now shift to other threats to the species, such as the disease toxoplasmosis and climate change.

“It’s not an either-or situation. You know, you can remove the fishing threat and look at toxoplasmosis.”

Lawry said while the changes observed in the Māui’s diet following the creation of the marine mammal sanctuary were important, the sanctuary must be extended to give the species its best chance of survival.

“At the moment they’re only protected out to 40 nautical miles [from shore] which is not their complete habitat.

"So, if we kept on increasing it further, maybe we would actually increase the health of the population of the critically endangered dolphin.”

According to Lawry, this view is shared by the International Whaling Commission, whichius assessing New Zealand’s threat management plan for the species.

Sea Shepherd International is involved in a case at the United States Court of International Trade that is also reviewing New Zealand’s efforts to protect the Māui from extinction.

Now in its third year, the case could result in a ban on New Zealand seafood imports, costing the industry hundreds of millions of dollars.