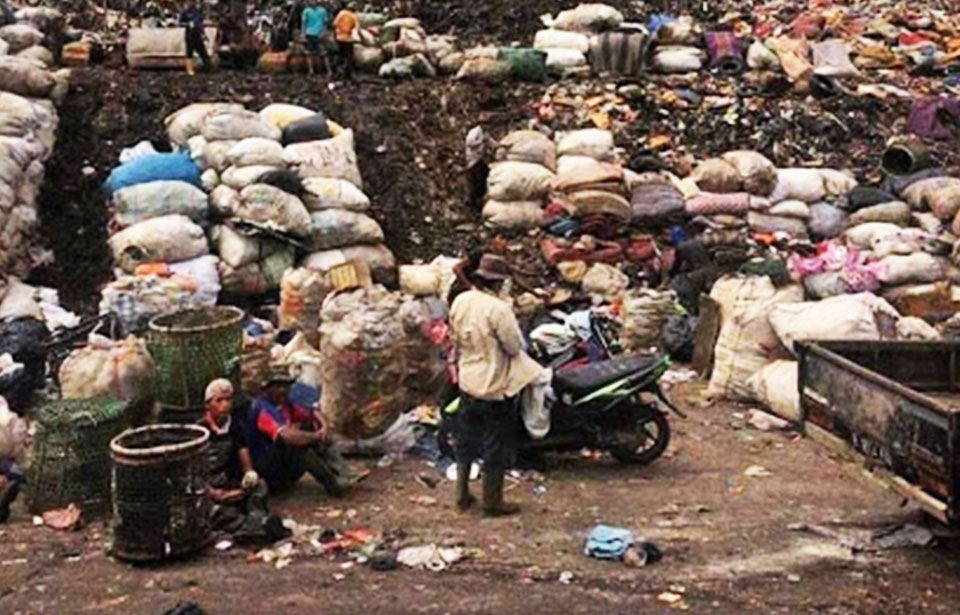 Trash pickers and recycling sorters can be spotted shuffling through imported trash at the Bantar Gebang recycling plant. Photo: Supplied

A University of Auckland student who visited Indonesia says our country’s clean, green image is a fake after finding masses of New Zealand’s waste in Indonesia.

Ms Zhang said it was confronting to stare at all the waste.

“We love saying how clean and green we are. But, we basically ship our recycling to developing nations for them to deal with.

“And then we have the nerve to criticise developing nations on the way they deal with their environmental crises.”

Ms Zhang said she was stricken by how many labels and brands she recognised in the piles.

“I saw the plastic packet for the noodles I eat every day and the milk tea I had last week.

“If we are all just aware of those little things, those mountains could be so much smaller.”

According to RNZ, New Zealand recycling exports to Indonesia have risen 150 per cent since China’s plastic imports ban earlier in the year, which Ms Zhang said is likely equivalent to around 13,800 tonnes of plastic.

Ms Zhang also said the issue for developing nations is more complex than Westerners believe it to be.

“The whole problem is, yes, it’s an environmental crisis. But, it’s also their livelihood.

“I don’t think you have that kind of tension here where you’re worrying about the environment, but there are such high stakes for your income.”

However, many environmental activists have been disappointed with the outcome.

“There’s nothing in there that’s actually going to have an impact quickly enough. It’s pretty useless,” he said.