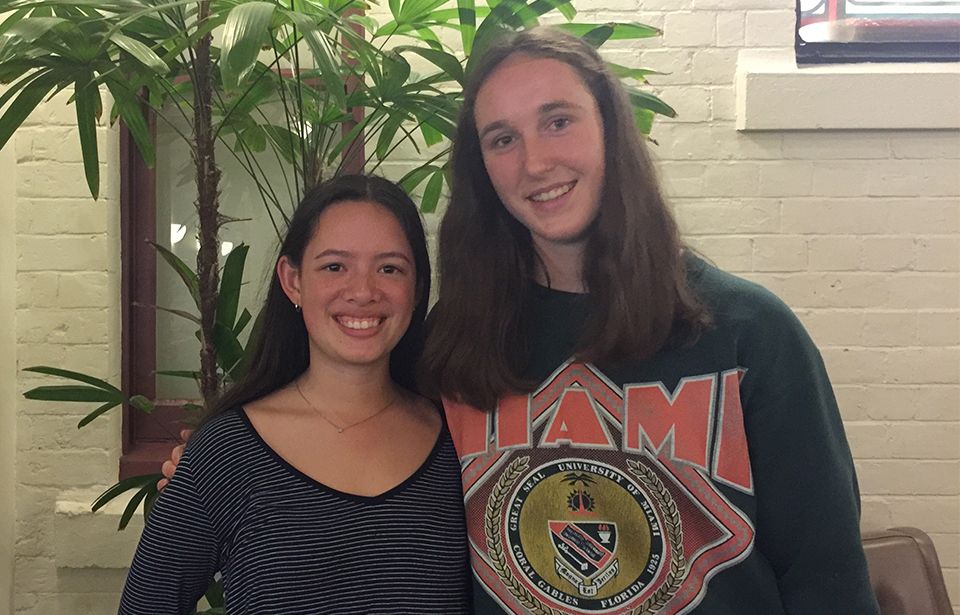 Year 13 students Ally Langenkamp (left) and Rebecca Kerr helped organise the first Auckland School Strike 4 Climate, and are on board for the next one. Photo Credit: Sehej Khurana

Update: The organisers have set May 24 as the final date for the next strike.

Due to Government inaction, organisers of Auckland’s School Strike 4 Climate protest say another strike is on the table.

More than 2000 kids skipped school to attend the first strike in Aotea Square on March 15, calling on the Government to take more effective action on climate change.

Students of Epsom Girls’ Grammar School Ally Langenkamp and Rebecca Kerr, who helped organise the Auckland strike, said their demands have not been heard.

“Action hasn’t been taken and I think it’s so important that we show that after one strike, we’re not giving up,” said Ms Kerr.

Ms Thunberg took to skipping class every Friday to sit outside  the Swedish parliament as protest to her Government’s lack of climate change action.

She is now joined by hundreds of other students every week as a part of the #FridaysForFuture action.

Ms Langenkamp said a strike every Friday is unlikely for students here, but action every two months is a possibility.

She said they plan to continue striking until their demands are met.

“Our three demands are to do with fossil fuel, agriculture and limiting global warming to 1.5C,” Ms Langenkamp said.

She said the Government’s timely response in changing gun legislation after the Christchurch terror attack proves quick and effective action is possible.

The next strike will be on September 27 and will likely be a national one, but protest action is only a part of their advocacy.

Both want climate change science to be implemented into the school curriculum, a topic that is barely mentioned in formal schooling.

Ms Kerr said there was no mention of climate change or global warming in Year 9 or 10. In Year 11, there was only the brief mention of fossil fuels in an internal focused on carbon chemistry.

Even that was not related to the ongoing climate crisis.

“Nowhere in school do you get a sense of urgency,” Ms Kerr said.

There is an optional subject for senior students to take Education for Sustainability, but Ms Kerr and Ms Langenkamp said the classes were small.

Their understanding of climate change comes from their own research using the internet, but they said this is not sustainable.

“For people to try and go out to find information that is relevant and accurate, you have to be pretty inspired and engaged already,” said Ms Langenkamp.

“It really isn’t realistic to expect people to find that information on their own. It’s something we need to teach them in schools.”

Both students said the first step towards demanding effective climate action was introducing a curriculum that educates people.