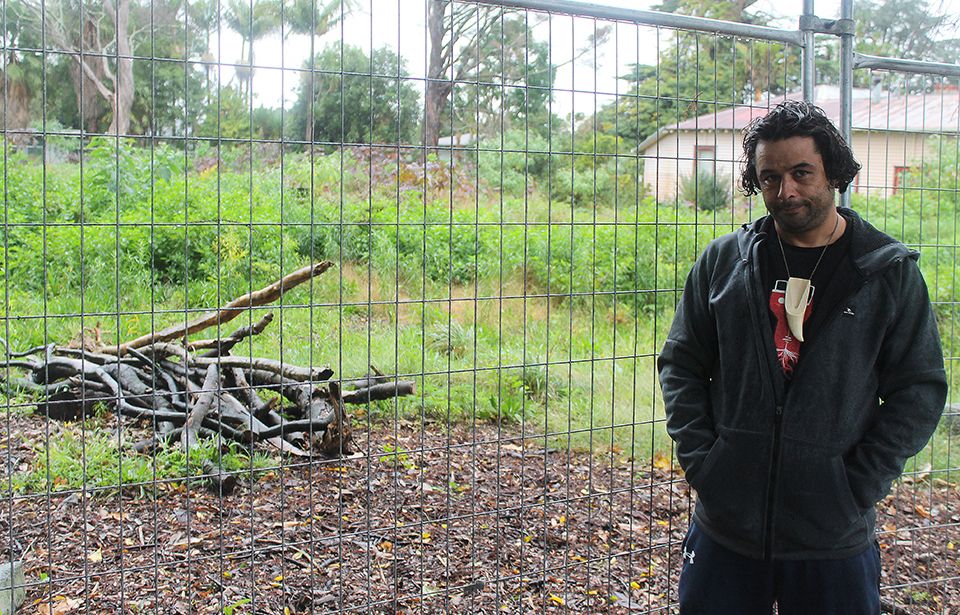 More than a year after the controversial milling of 26 mature native trees in Avondale, the developer has yet to get approval for the 117 apartments proposed for the site.

Eight protestors were arrested when police and contractors moved onto the Canal Rd site to fell the trees, some of which were said to be rare examples for the Auckland isthmus, in March 2021.

Naked tree stumps, a decaying tent and a wasteland of weeds now shadow a 245-day protest that unsuccessfully prevented the killing of the 100-year-old trees.

Auckland Council confirmed to TWN approval for the project is “on hold while the council awaits further information from the applicant”.

The property developer has not responded to TWN’s requests for comment.

However, Ed McKnight, co-host of The Property Academy Podcast, said there were many reasons construction may be on hold.

“I think the real issue in this case is that the developer isn’t being forthcoming as to the reasons why there are any delays,” said McKnight.

Avondale local Kiri Walker is stumped by why the site is still empty.

“I truly hope that whoever has bought this land is going to do something with it and not just leave it as it is, because look at her. She’s really crappy.”

Arborist Zane Wedding, who organised the protest on the site, said the trees had cultural significance to Māori and it was now clear they could have been kept alive for at least another year.

“You’d think they needed to get these trees down so that they could start developing, but a year on and there isn’t a brick being laid."

The chairman of The Tree Council, Sean Freeman, said the destruction of the trees on Canal Rd should never have happened.

“That was a perfect location for a public park. The local board knew that, Auckland Council knew that, and they were not willing to take the steps to secure it for the people of Avondale.”

He said the Resource Management Act (RMA) protected the trees until 2012 when blanket protections for mature trees were slashed.

The RMA is undergoing another makeover. Freeman described the latest draft bill as “an absolute tragedy”.

Both Wedding and Freeman are urging the Government to bring back those blanket protections.

Wedding says he wants New Zealand to follow countries like Singapore, which are built up and around mature trees, resulting in cleaner air and cooler living.

“The actual experience of seeing green space is enough to show a significant improvement in our mental and physical health.”

He said the scale of those health impacts hinged on the size of the tree, which made losing 100-year-old trees like those on Canal Road incredibly saddening.

“If [the bills replacing the RMA go forward as written] . . . it’s going to mean that we have slums in our cities,” said Freeman. 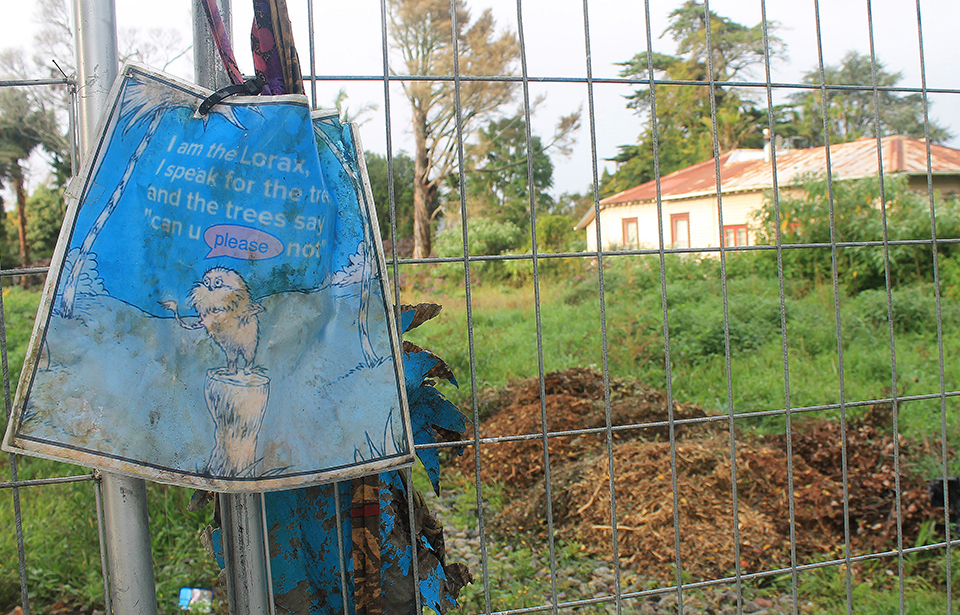 A protestor’s sign reads: ‘I am the Lorax, I speak for the trees, and the trees say, Can you please not?’ Photo: Duncan Tolmie.

Wedding said: “You can’t put a 100-year-old tree back in the ground . . . we will never have Canal Rd again. The long-term vision of the man who planted these trees is what we need in our Government."

He said Aotearoa had “gone past the fork in the road”.

“We are missing our last chance to turn around."