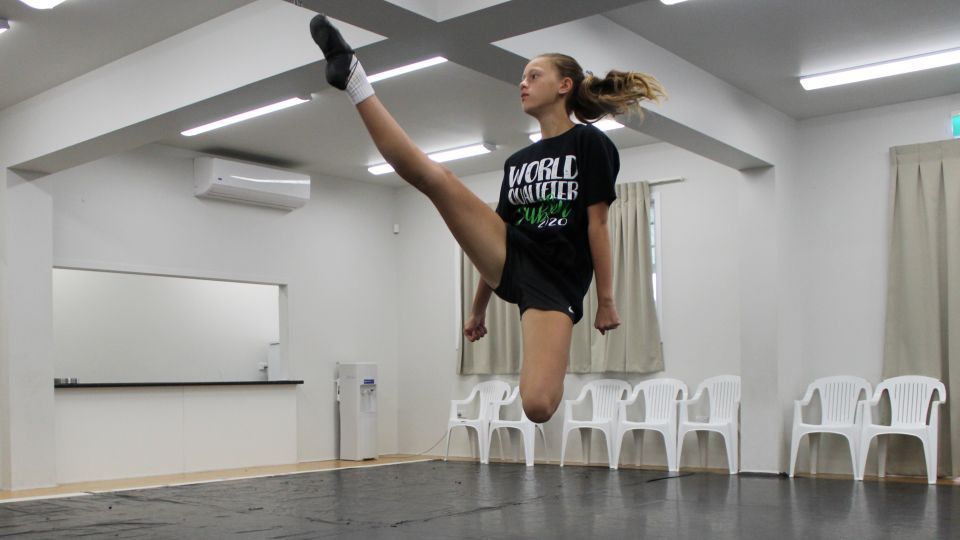 REGAN WALSHE IN TRAINING FOR HER TRIP TO IRELAND TO COMPETE FOR THE FIRST TIME IN THE WORLD CHAMPIONSHIPS IN APRIL. PHOTO: BRIANNA STEWART.

An Auckland teen is getting a shot on the world stage in the biggest event in her Irish-dancing career.

Regan Walshe has the footwork down and tickets booked for the Irish Dancing World Champs in Ireland.

“Worlds is a huge deal on the competition scene and qualifying in itself is an awesome achievement.

“She will be competing against the best in her age group. She has never been before and does not have previous scores to compare so her goal is just to do her personal best.”

The 13-year-old, who is third for her age group in the nation, is excited to compete in Ireland.

She began dancing at about age five after watching her sister.

Competitors perform in hard and soft shoes, with a different dance style attributed to each.

The sport is characterised by the arms, which stay straight down and behind a competitor’s back.

Attending Worlds will be expensive, with dresses retailing around $4000 new and wigs averaging $200.

Regan’s mum Sharon Walshe says the wigs last for about a year due to the wear and tear dancing puts on them.

The dresses are donned with crystals, which the wigs get caught on around the neck.

“They [the wigs] are constantly getting pinned, pulled, caught and sweaty,” Sharon says.

Girls are typically required to wear different wigs for solo and team performances. If their hair is not the same colour as their wig they use tinted hairspray to match it.

Sharon has bought Regan a second-hand dress for just over $1500 which she will debut at the championship.

Katie equates these costs with those of any other competitive sport.

“Compare it to say hockey, where you have gear that you need to buy to get into it and regularly maintain and replace.

“Irish dancing is not like Toddlers and Tiaras, which some people think it is. The girls and boys are very athletic and train very hard.”

Regan trains most days of the week through group classes, private lessons and at-home practices.

“The private lessons are very helpful because it’s all the attention on me,” Regan says.

Sharon says her role is trying to make sure Regan has nutritious meals, plenty of rest and does not do anything that may jeopardise her training.

Regan describes the day of a competition as “chaotic.”

After trying to get over her nerves enough to eat some breakfast, she will spend an hour doing her makeup and half an hour on her hair. She will have fake tanned her legs to ultra-dark level the night before.

“It is very stressful but when you are on stage it all just goes away,’ Regan says.