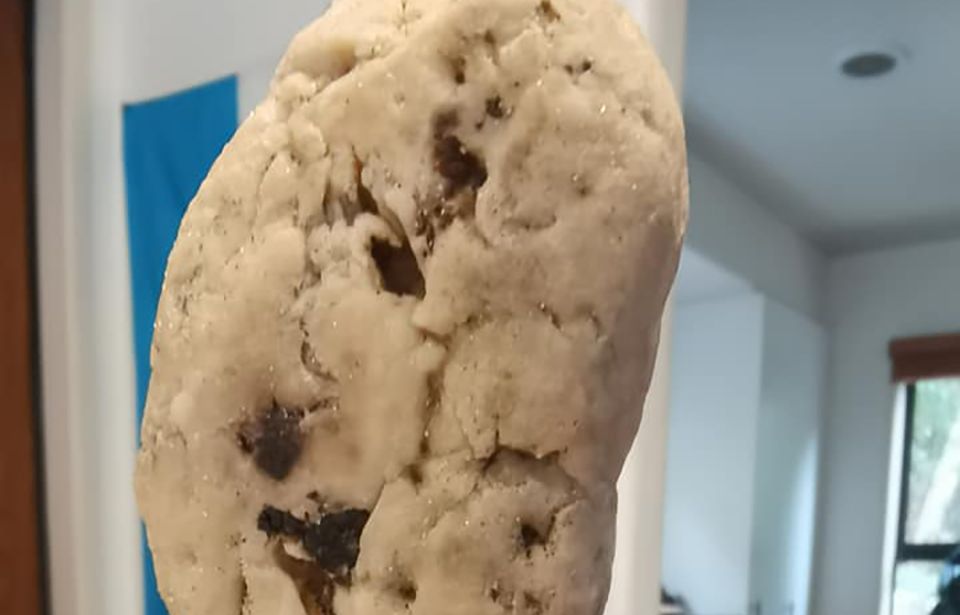 Beach combing just might have netted a Waiheke student some treasure. Photo: supplied

A Massey University student thinks he might have found treasure on the beach but can’t check because he’s stuck inside at level four.

Accounting and finance student Kush Rawat, who lives on Waiheke, said he was walking along a beach with a friend just before the current lockdown when he noticed a strange object.

"I saw this weird-looking thing and I lifted it up and it didn’t feel like rock. It was like, more soft and waxy."

His friend thought it could be ambergris - a protective substance produced in the digestive system of sperm whales and then excreted - so Rawat took it home and posted a picture of it on the island's community Facebook page.

"Most of the people gave me positive feedback and I’m just confused right now cause I can’t go and check the purity of it."

The level-four lockdown is preventing Kush Rawat from being able to verify it is indeed ambergris.

‘’I talked to this expert and as soon as the lockdown goes away, she can do the smell check.

‘’I smelled it. It smelled like something I can’t describe . . . it’s like an old shit in the bush that has been there for 10 years.

“It’s not pleasant, not bad, it’s just like, natural, you know."

Ambergris can be incredibly valuable depending on its purity.

White ambergris is the most valuable and can be worth upwards of $10,000 a kilogram.

Kush Rawat says his find is a cream color.

AmbergrisNZ says it is used in the manufacture of perfume and expensive cigars, and has reputed aphrodisiac properties.

It also says it loses 10 to per cent of its weight as it dries, which exactly what Mr Rawat says his object is appearing to do.

‘’I can’t put it in the oven or next to a heater or something. It will just lose its potency and value. So they say the best way is to just let it naturally dry.’’

Mr Rawat says that he was excited after his friend said it could be ambergris.

‘’We walked the whole beach. We were supposed to go out and come back home and were like, let’s find more.’’

He says if it turns out to be ambergris, he’s going straight to Sky City.

TWN contacted the ambergris expert with whom Mr Rawat spoke, but she declined to comment.