Tongans bring “love and support” to stand with Ihumātao 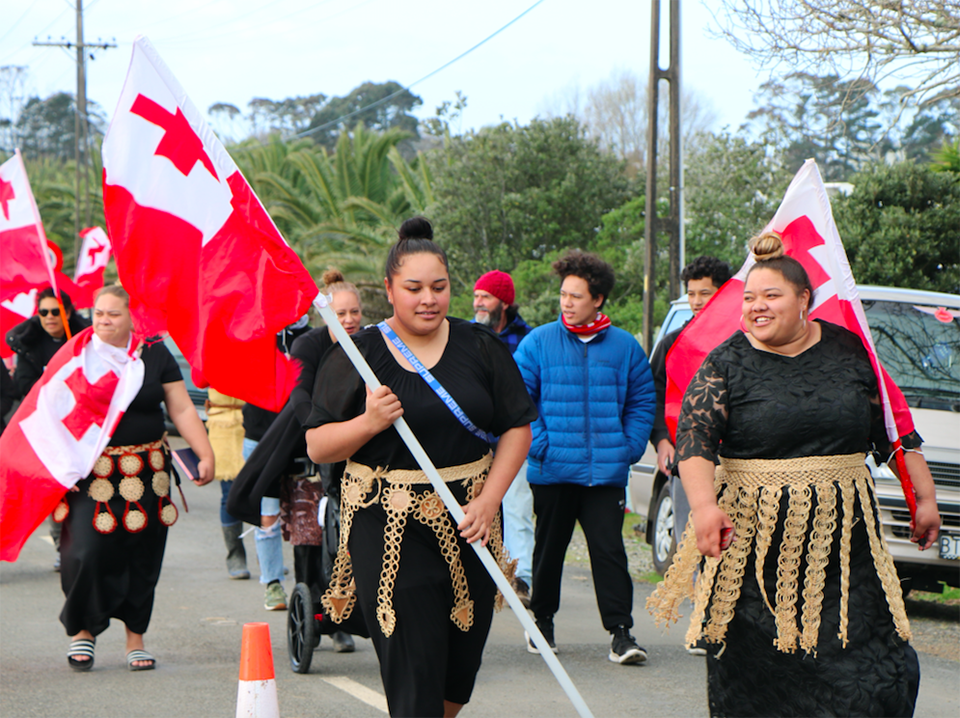 The group of around 30 were welcomed to Ihumātao by kaumatua on the weekend. Photo: Charlotte Te Inu Wai Muru-Lanning

A Tongan group visited Ihumātao to show solidarity with the occupation of the land by mana whenua who greeted them with a powhiri.

The visit was to encourage more people from the Tongan community to show their support for the occupation, said an organiser, Semisi Vea Sikei.

“We’ve been to Ihumātao a few times and we were disappointed to see a lack of Pacific Islanders there,”  said Mr Sikei, who is Māori and Tongan.

Attendee Makelesi Ngata said that it was important to be there as a group to acknowledge how the Tongan community has benefited from being able to live on Māori land.

“It means a lot to me because we reside here, our parents migrated here from Tonga,” she said.

“We’re here to show our appreciation”.

The struggle also mirrored the struggles of people in Tonga whose sovereignty over land and affairs are under threat from international interests, she said.

Another organisers, Siosi'ana Mafile'o-Tapueluelu said that the weekend visit was to show unity between the two groups.

“We just want to be there to show our support and to show our love to our Māori brothers and sisters,” she said.

The congregation of around 30 people was dressed in traditional church attire and carried Tongan flags. They were welcomed by kaumatua with a powhiri to the makeshift marae atea at Ihumātao on Sunday. 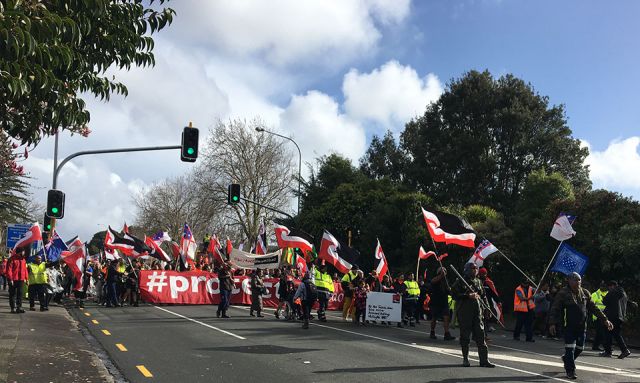