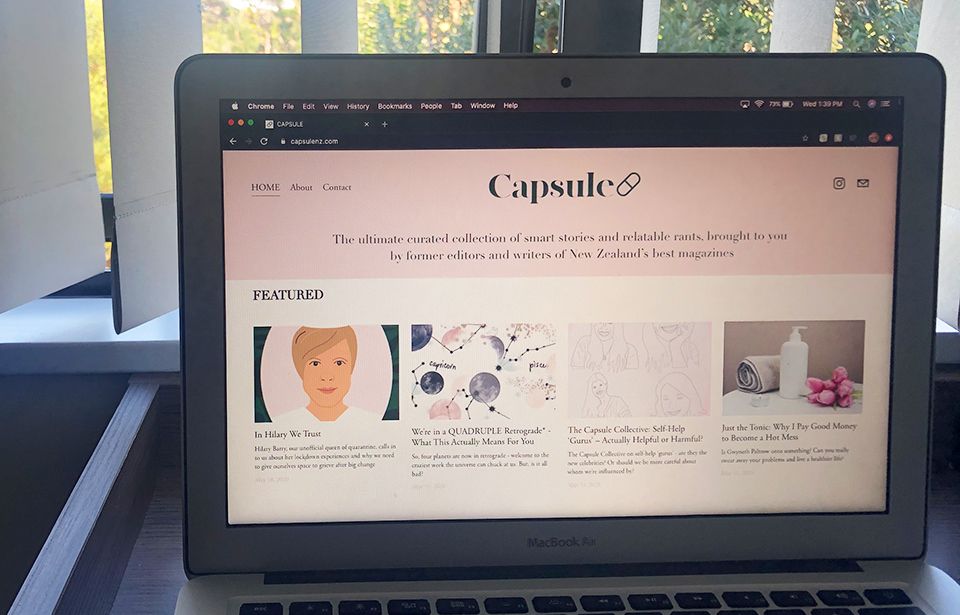 The pandemic has been disastrous for New Zealand magazines but some editors are hopeful of an online resurgence.

Viewed as non-essential, magazines were left with only their digital platforms to keep the industry alive during lockdown.

Bauer Media, one of New Zealand’s largest magazine publishers and home to titles such as New Zealand Women’s Weekly, Metro and Next, discontinued its publishing in April.

However, Ms Clifton is now contributing editor of a new online magazine Capsule, created by Kelly Bertrand and involving other writers who had lost their jobs. Launched in May, the curated magazine Capsule covers issues faced by Kiwi women.

“In an intense time around the world . . . we offer something that’s still current but maybe friendlier than the general news cycles."

But the declaration of magazines as non-essential during lockdown was unfair, said Ms Duggan, who lobbied the Government, albeit unsuccessfully, on the issue.

“[It] seemed a bit of a mystery as to why magazines were singled out as the only supermarket supplier that couldn’t continue to provide to supermarkets," she said.

Ms Duggan said she had seen many of the association's publishers find “inventive” ways to reach their audiences. Online magazines had seen an uprise in visits to and engagement with their multimedia platforms.

“Everybody realises that the future is cross platform brands and very much over the last decade or more our publishers have been working very hard to transform their brands into cross-platform brands,” Ms Duggan said.

Covid-19 had been a big blow for the New Zealand magazine industry as its “revenue largely comes from print", and it was difficult to monetise a digital audience, she said.

The future of hard-copy magazines may seem bleak, but Ms Clifton said she hoped “the future of magazine encompasses both print and online". There was “tremendous value” in both directions.

“The magazine industry in New Zealand will continue to be a vibrant industry,” Ms Duggan said.