Student struggle and teacher ‘responsibility’: a lecturer may have found a way to improve our historical understanding 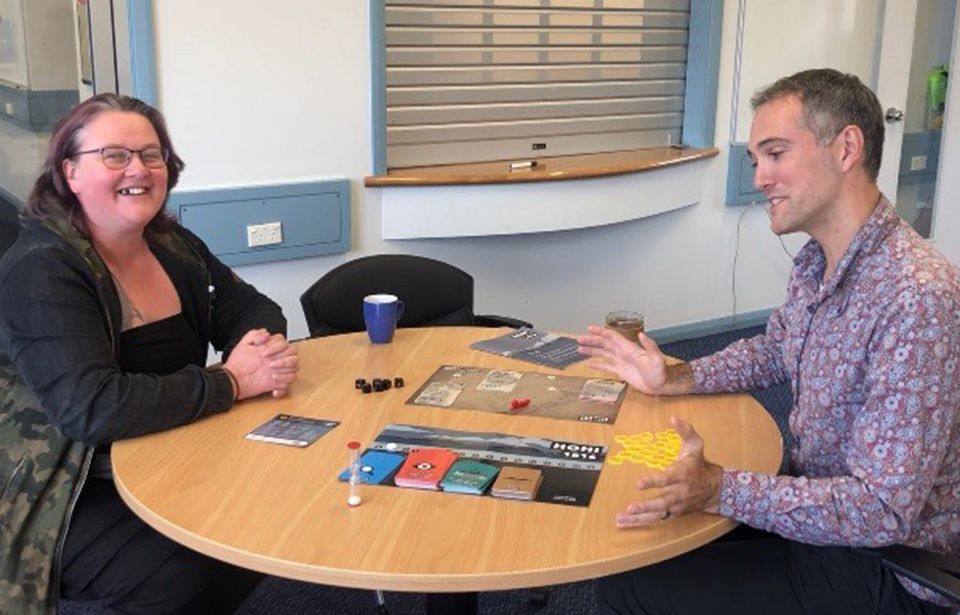 Lecturer Ruth Lemon and learning designer Richard Durham started out meeting once or twice a week around a year ago to discuss what the learning goals for the game were. Photo: Isabella Durant

A University of Auckland lecturer has developed a board game that she hopes will re-shape how tertiary students learn New Zealand history.

The idea for Hohi 1816 began when lecturer Ruth Lemon saw her students struggling with the version of New Zealand history they learnt at school.

“We had a lot of students coming to us saying they were struggling to understand New Zealand history…they then carry that on with them into their future practice,” she said.

Ms Lemon said as teachers, it is “vital” to ensure that students engage with the first histories of Maori and Pākehā, which is an idea that translates globally.

“If I was going to travel to China to teach, I would, as a teacher, be making a choice to connect to that land, regardless of what the curriculum requirements are.

“As a teacher, I’m responsible for producing the next generation, and you can’t do that without having a critical understanding of history,” she said.

The game, originally formatted in the style of the popular board game Trivial Pursuit, had been a work in progress for over a year.

Ms Lemon collaborated with Richard Durham, the learning designer in the Information Services Faculty at the University of Auckland.

Mr Durham, who had worked on multiple educational learning tools, said that systems thinking and games are an underused element of interaction for teachers.

Systems thinking is an approach that looks into how different parts of a whole are interrelated.

“Teachers are the system, so the knowledge of the teachers will define what tomorrow’s students get,” he said.

Heidi Tyler, who has been teaching for 13 years, said when she came back from teaching overseas, she chose to refresh herself on the Treaty of Waitangi because of its importance in the New Zealand teaching curriculum.

“Our knowledge around it needs to be ongoing; it’s something that we incorporate into our teaching throughout the year,” she said.

Emma Hanson, 20, a student of Early Childhood Education, said it was integral teachers have accurate knowledge of New Zealand’s history, so they can ensure they are culturally sensitive to children and their families.

“I’ve just learnt about the Treaty of Waitangi and even though that happened years ago, it has a huge impact on what we can and can’t do in education,” she said.

“The whole Early Childhood Education curriculum, Te Whariki, is based off the Treaty and New Zealand history, so I think it’s super important to know about it because it can broaden and deepen teacher knowledge.”

Ms Lemon said some of her game testers think the game would be a useful tool for NCEA students.

She also said there had been a lot of interest in the game, and the team will be looking into producing it commercially.

Hohi 1816 explores the years 1793 to 1816 and focuses on pre-Treaty engagement between Māori and Pākehā.

Players must cooperate with each other, balancing trying to reach the story’s final objective as quickly as possible, while collecting as much knowledge as they can along the way. 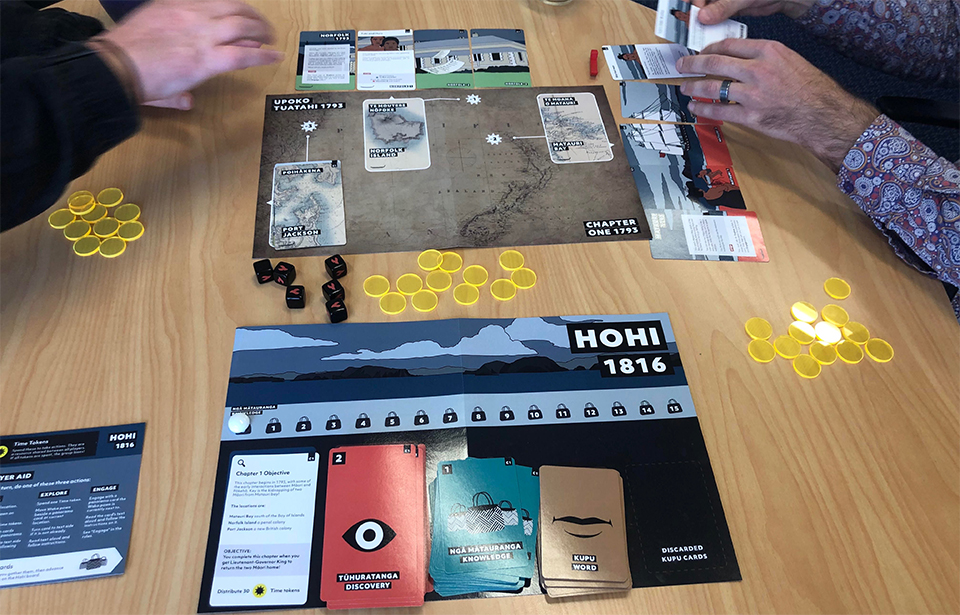