Graffiti 'misunderstood' at a cost to ratepayers, say artists 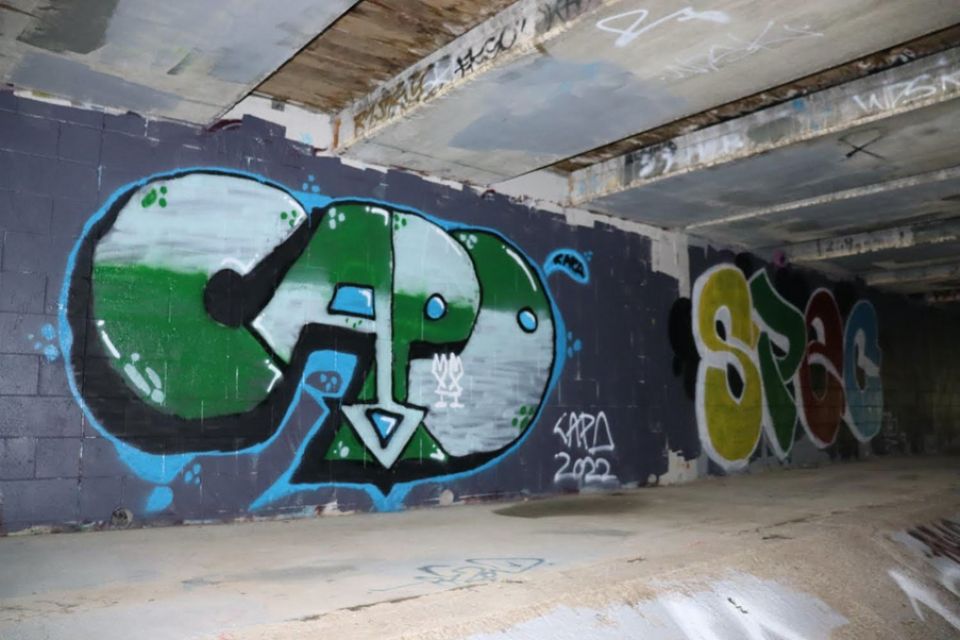 A graffiti boom during lockdown cost Auckland ratepayers 4 million dollars – but there was no need, say top graffiti artists who think our approach needs to change.

Graffiti artists across the city are calling for Aucklanders to change their attitudes towards it, just like other urban hubs around the world.

They're envious of New York, Berlin and even Wellington, where the artform of writing one's name in stylised letting on urban objects such as buildings and trains has been embraced as an integral part of culture.

They feel growth of the culture is being stifled by constant interference from the council, along with a long-held attitude that it is just petty crime, as it is still considered vandalism

One graffiti artist, Capo, says that Tāmaki Makaurau is perfect for a thriving graffiti culture but is being held back.

“In Auckland especially, graffiti has really been done dirty.

“Before I was born there was a really great underground culture for it, people were expressing themselves, but in the last decade that all changed,” they say.

In 2011, before the Rugby World Cup, Auckland Council spent $19,896,000 to remove graffiti, leading to many of the city’s most well-known pieces disappearing forever.

“The culture has changed since then, people used to put a lot of time into their pieces,” says Capo.

“But since the council really started cracking down on graffiti people put no effort into it, because they know it won’t be there for long.”

In 2020, cities like Christchurch and Wellington spent around $400,000 on graffiti removal with Auckland Council spending ten times that amount.

Dr Ruben Woods, who specialises in urban arts, believes that graffiti is misunderstood.

“There is still quite a large misunderstanding of what the term [graffiti] currently represents,” said Dr Woods, a Christchurch-based arts writer and curator.

“Part of that comes from generational differences and other parts come from the constant vilification of graffiti as opposed to conventional street art” he said.

He says that graffiti differs from most crimes as there is no financial incentive or recognition that comes with it, its purely expressive.

Woods, like many others involved in the subculture feels that graffiti “comes from the human desire to express ourselves, to have people see something that we made”.

While people’s mindsets towards urban art are beginning to change, it remains a crime in New Zealand.

Graffiti vandalism carries a potential of up to three months imprisonment in New Zealand and its removal remains a top priority for Auckland Council.