“Silence is violence” – calls for the Indian Commissioner’s sacking 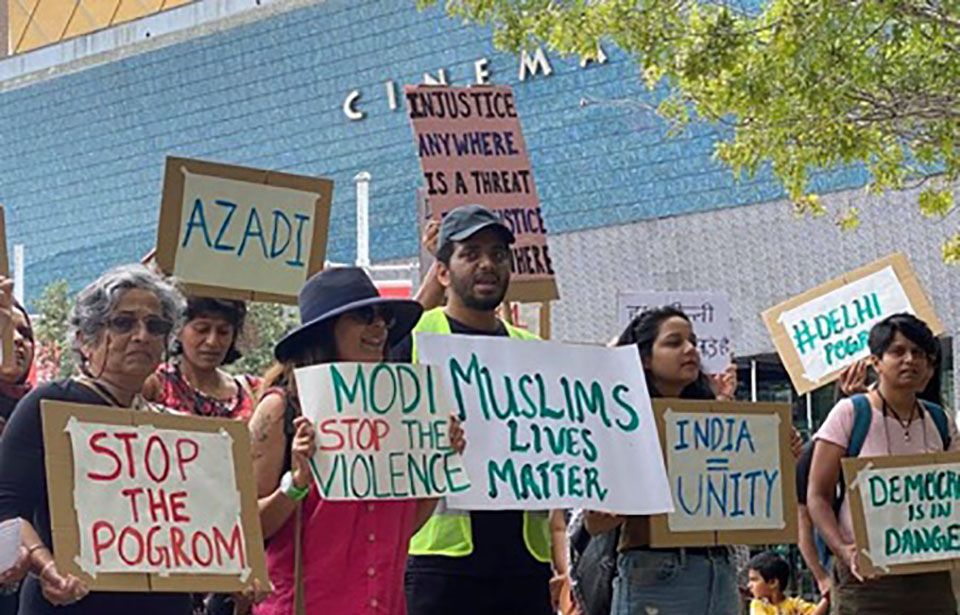 The Indian Commissioner to New Zealand’s silence in the wake of a controversial citizenship law overseas has prompted calls for him to be sacked.

Protests were held in Auckland last weekend over India’s Citizenship Amendment Act (CAA), which allows refugees of six minority religions in neighbouring countries to seek citizenship in India. Muslims are not among these religions.

Critics, including those in New Zealand, say it’s anti-Muslim.

One of the protest’s organisers says there’s always been underlying tensions between the Muslim and Hindu communities, even in New Zealand.

“If you’re not from the communities, you won’t know,” says Sapna Samant.

But Dr Lingappa Kalburgi, secretary of the Auckland Indian Association, says he’s never come across Hindus and Muslims against one another.

“We want to live together as one family in New Zealand.”

More than 75 people have been killed in clashes in Delhi, with numerous properties burned and looted.

Ms Samant draws parallels between the violence on Delhi’s streets and that of the Nazi Germany regime.

“Muslims are thought of as outsiders… if you compare this to what happened in Nazi Germany before the actual Holocaust, it’s the same.”

The Migrant Workers Association says some members of the Muslim community have reported concerns about Islamophobia to the Indian High Commissioner to New Zealand, Muktesh Pardeshi, but nothing has been done.

It’s prompted calls from spokeswoman Anu Kaloti for the Commissioner to be expelled.

“Silence is violence. [The commissioner’s] silence to me is siding with the government… and we don’t accept fascist representatives of India,” she says.

“Any Muslim, anybody wishing to be a citizen of India can apply through the normal processes.”

He says Afghanistan, Bangladesh and Pakistan are Islamic countries, and have laws favouring Muslims.

“I see very little reason why Muslims should be persecuted within their own countries.”

The Aotea Square protest was the fourth to be held in New Zealand since the CAA was passed in December.