Paving the way for Pasifika filmmakers in New Zealand 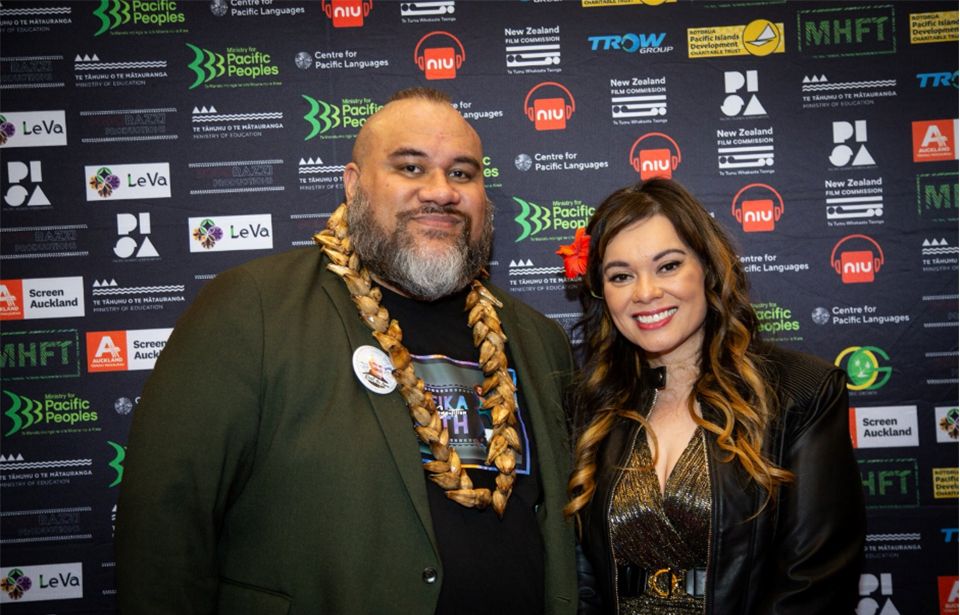 New Zealand's first Youth Pacific Film Competition was held over the weekend, prioritising the voices of Pasifika youth in film.

With more than 135 students from 45 different schools in the Auckland, Wellington and Bay of Plenty regions, students were able to express their love for the creative arts through film production.

The inaugural Pasifika youth short-film competition was initiated by Poporazzi Productions with the support of the Ministry of Education.

Some of New Zealand’s biggest film names attended and presented at the awards ceremony.

Entries were judged by a panel of Pacific filmmakers and actors: Stacey Leilua, Jeremiah Tauamiti, Stallone Vaiaoga-Ioasa and Nicole Whippy.

In a bid to combat the underrepresentation of Pasifika youth in film, founder of Poporazzi productions, Muagututi’a Esera Tanoa’i and his wife Tupe Solomon-Tanoa’i, put forward a proposal for funding of the competition to the Ministry of Education, in which they successfully attained.

The prizes were devices that would help the young filmmakers practise their craft.

Tanoa’i says his two young daughters entered a short film contest back in 2020, in what would become a discouraging stint for the two young filmmakers.

This ultimately became the motivating factor for him and his wife to pursue the prospect of a Pasifika Youth Short Film competition.

“We’re quite a diplomatic family. My daughters were raised in Taiwan - one of my daughters worked on a piece called ‘Brown Mirror’ which speaks about not being Samoan enough.

“My other daughter also did a short comedic film on the protocols of Covid-19.

“None of which was acknowledged at the film competition which really impacted them. Seeing how discouraged they were, I knew it was time to provide Pasifika youth with a space to feel seen and heard.”

“We have six two-day interactive film workshops - four in Auckland, one in Rotorua and one in Tauranga.

“On the first day they get to work on their ideas and on the second we work collaboratively to edit and produce their work.

“After the two days, we sit down and watch their films. We have so much joy knowing they can see the potential in themselves to tell their stories authentically.”

This year’s competition highlighted some strong talent in the creative arts, with 12 winners from the Auckland region.

She says her short film was inspired by her identity as a young Samoan-French filmmaker.

“My short film was really a reflection of me not knowing much about my culture. I wanted to show people what it’s like to do whatever it takes to learn more about who you are.”

“It meant a lot to win the award, not just for me but also my family. Filmmaking is important to me. I want to pursue it in the future.

“My advice to young Pacific filmmakers would be to dream big until it becomes your reality.”

The New Zealand Film Commission’s head of talent development, Dale Corlett, says despite the commission's attempts to provide support where possible, there is still a gap to be bridged between Pasifika youth and film and media.

“In talent development, we’ve certainly been busy in the last two to three years in supporting Pacific talent.

“We’ve had a gendered scholarship for female writers, the Moana Pasifika program 2021-2022 for Pacific Island women developing feature films and most recently, we also supported a lot of internships on the Panthers TV series."

Corlett says when people see a new Pacific come out, they’re not inclined to recognise that it is led by Pacific people, but the NZFC have made significant strides in most recent years to grow Pacific talent in the film space.

“We’ve been developing our own diversity and inclusion strategy which was launched around three months ago.

“At its heart, it’s got a series of pillars that we want to stand by. Reflecting on a wider diversity within our own organisation, ensuring that the programmes we support mirror the communities we serve and finally, making sure the films that we’re funding are reflective of the authentic truth of Aotearoa.”

The NZFC also sponsored one of the awards for the inaugural competition.

Tanoa’i says it is only the beginning of something great for Pasifika Youth.

“We’ve got the thumbs up for another year of funding and the ultimate dream is to go national with this.

“People who weren’t able to get involved this time round are already looking for ways to be involved in the next. It’s an exciting feeling,” he says.