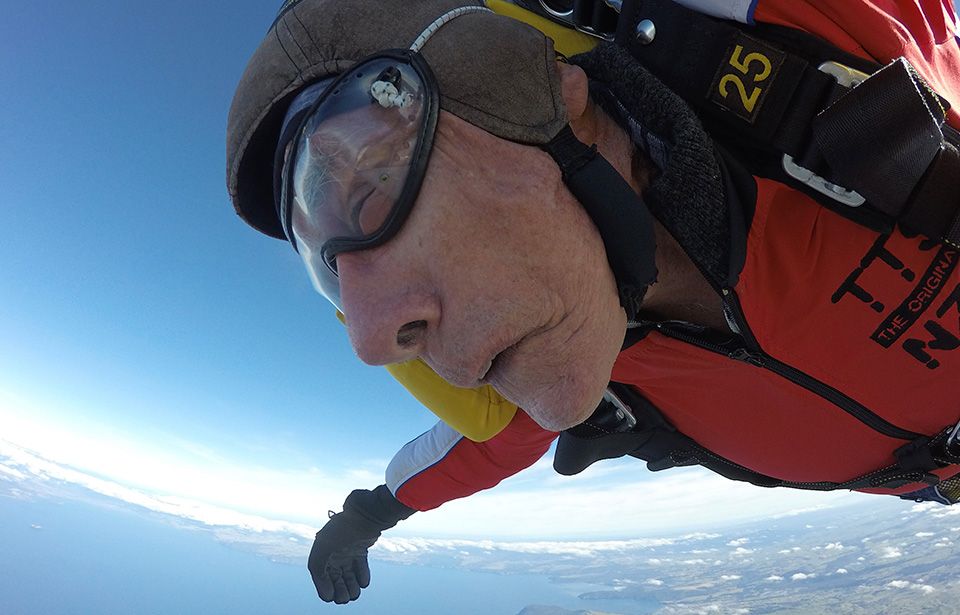 While most people turning 80 might celebrate with a quiet family meal, a Rotorua retiree thought he’d do something a little different.

So Warwick Pryce plunged more than 6000m to mark his octagenarian milestone in Taupo on Sunday and raise money for Age Concern – his favourite charity.

Warwick told TWN he wasn’t feeling any nerves before the big jump but said if someone suggested a couple of years ago if he’d do it he would’ve replied, “Like hell!”

“Probably the most adventurous I’d been before was getting on the front seats for rides at Disneyland," he says.

“But you turn 80 once and it was my daughter Gael who lives in Malaysia who suggested making the skydive a fundraiser.”

Warwick has raised $850 so far through a Givealittle page.

“We’ve got land at Ngongotaha where we’re currently negotiating to put in six to eight tiny homes for elderly finding it difficult to make ends meet or if their pension’s not enough,” he said.

“That project will cost quite a lot of money so the funds may end up going towards developing architectural plans and working with Rotorua Lakes Council for consents.

“He’s an amazing man and a big-hearted individual who we all love.”

Warwick, who also volunteers for St John and The Blind Foundation, has been an Age Concern volunteer for four years where he started off helping fellow elders fix gates and taps.

His fellow Age Concern members and a large group of his family were at Taupo Airport to watch him descend and safely touch down with a delightful beam and gasp, “That was amazing.”

One of Warwick's daughters, Shirley, who lives in Tokoroa, said her dad’s skydive proved age is only a number.

Another daughter, Gael, who couldn’t fly home to watch her dad said she was extremely proud of his efforts.

“I’ll definitely return to New Zealand to skydive with my dad for his 90th,” she said.