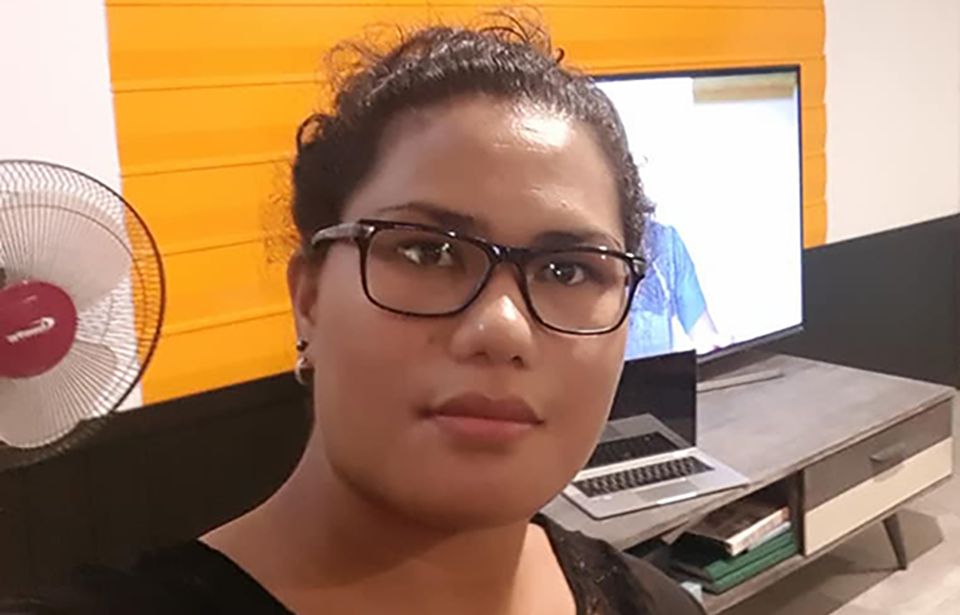 A young Tongan journalist with no formal training has shared the moment she faced the reality of questioning an angry Prime Minister.

Teisa Pōhiva said it was the first time she had joined a press conference and had to ask questions of the Prime Minister Pōhiva Tu’i’onetoa and other Cabinet Ministers last year.

She said the fact that the meeting was also livestreamed, and was attended by other senior government officials, made it hard for her.

When Teisa took the floor to question the now-former Prime Minister, Pōhiva Tu’i’onetoa lost his temper with her when asked to give a financial statement on the government’s Covid response budget.

The Prime Minister finally regained his composure and apologised to Teisa.

In an interview with Te Waha Nui, Teisa said the response from the Prime Minister to her first question was vague, so she asked another to see if he would give the answer she was looking for.

“I thought to give him a follow-up question to see if he can make his initial response clearer to me, but he was unhappy with it,” Teisa said.

“I simply ask and can be insistent sometimes about things that I genuinely think the general public would have an interest in knowing."

Teisa , a lawyer by profession, said it took a little bit of courage, especially when journalists were facing their leaders and the elite.

“I have no qualification or any formal training in journalism so I cannot say that that was a thing or technique that picked up from a book or a course,” she said.

Teisa said journalism was like any other profession in which people can have various qualifications and trainings, but if they did not have the courage to go a bit further beyond their comfort zone “their fancy pieces of papers are just utter rubbish”.

Teisa’s father, the late ‘Akilisi Pōhiva, was opposition leader for years before he became Tonga’s Prime Minister until his death in 2019. He established th Keele’a Tonga newspaper in 1986.

She said in some controversial cases when she understood that what she had reported was accurate and in line with the journalism code of ethics, she was still worried that some Tongans might call and criticise her.

“Sometimes I have to leave it because the issue that I am supposed to report could embarrass some of our people and they would be angry with me despite the fact my story was factual.

“Sometimes I chose to report it but I did not tell the whole truth which meant what I did was trying to be fair to that person, but I knew that’s not the way it should have been reported."