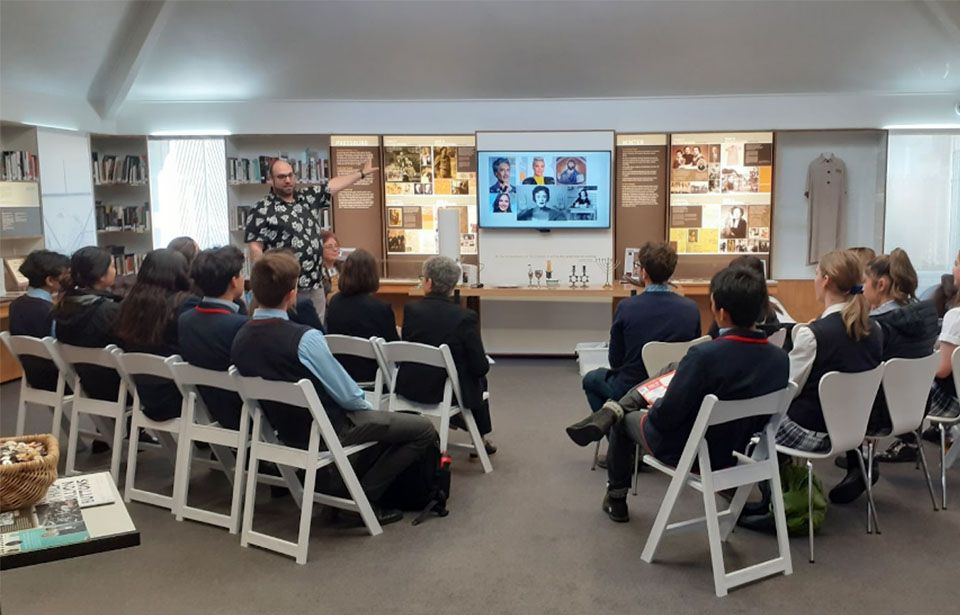 A class in session at the Holocaust Centre of New Zealand’s Wellington facility. Photo: supplied

The Holocaust Centre of New Zealand hopes a new education facility in Auckland will mark a great step forward in combatting anti-semitism.

The charitable trust, which is based in Wellington, runs several initiatives aimed at both preserving the legacy of Holocaust survivors, and educating future generations on the Holocaust’s significance.

The centre has secured a site in Remuera and expects to begin fundraising for the facility’s construction soon.

According to board chair Deborah Hart, the centre aims to raise around $10 million for the project. This would not only cover the cost of construction, but also allow for long-term resourcing and maintenance.

While Hart says she would like to see construction begin later this year, she acknowledged this would depend on how quickly they were able to raise the necessary funds.

When it came to a location for the new facility, Hart said Auckland was an easy choice.

“It's the biggest population base. And we do have various ways that we teach but one of the very powerful ways is to bring people on site.

“The idea of the centre in Auckland is not to replace what is happening in Wellington, but to augment it.”

As Hart points out, these initiatives do not exist to simply teach about dates and events.

“Education alone is not what safeguards you, it’s what you do with it.”

The centre encourages people to be “an upstander, never a bystander".

“What do you have to do when you see antisemitism and hatred? What is your responsibility as a citizen?”

Stephen Goodman, president of the New Zealand Jewish Council (NZJC), welcomed the plans, saying teaching about the Holocaust was a key way to counter antisemitism.

Earlier this year, the organisation released its Survey of Antisemitism in New Zealand which found 63 per cent of New Zealanders held at least one view that could be deemed antisemitic.

Of those surveyed, 6 per cent believed the Jews “brought the Holocaust on themselves”.

When asked about challenging antisemitism, Goodman said it was a matter of “calling people in, rather than calling them out".

“You’re better off having a quiet conversation . . . rather than publicly humiliate [them], which will just cause them to reinforce, re-justify their viewpoints. We need to call them in and explain why there’s a problem.”

The Holocaust refers to the state-sponsored murder of approximately six million Jewish people by Nazi Germany in the 1930s and 1940s.

It is viewed as the tragic yet avoidable consequence of centuries’ worth of antisemitic sentiment across the European continent, the effects of which are still being felt today.