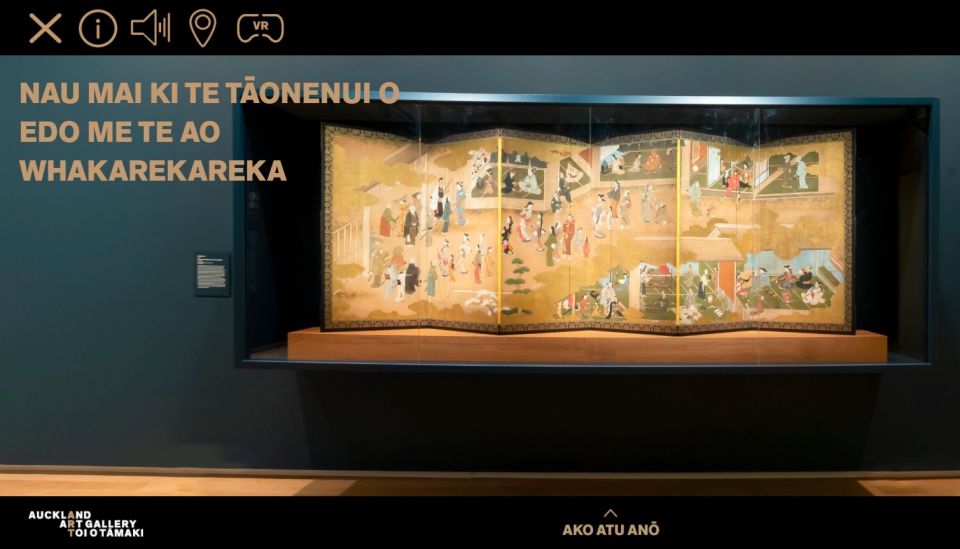 The virtual reality version of Auckland Art Gallery’s Enchanted Worlds: Hokusai, Hiroshige and the Art of Edo Japan has been translated into te reo Māori.

Project leader Tania Stoyanof says the gallery felt it was important to offer the experience in te reo.

There are Japanese words that can’t be translated into te reo and that was challenging, says Stoyanof.

“[This is] super significant. We [are] normalising the use of the language by using a different setting."

It was a huge effort, says Stoyanof.

“We were frantically working around the clock; cobbling it together on the fly,” she says.

The team completed the specialist photography, which involved taking up to 50 photos of the more than 60 paintings, at 6pm the night before New Zealand moved into lockdown.

“We pivoted really quickly: New Zealand's first virtual reality gallery using software that has never been used [by an art gallery] before.”

The exhibit is being deconstructed now. A Japanese courier underwent two weeks of quarantine to oversee the wrapping of the art.

“Making te reo Māori a more accessible and widely used language in everyday settings, not just in educational contexts, is essential to normalising its use.”

Stoyanof is the first wahine Maori on the gallery’s leadership team.

"I have a responsibility as a Maori; as a Maori woman on the senior leadership team to ensure te ao Maori has a voice at that table and that it's heard."

The exhibition can be seen online at https://virtual.aucklandartgallery.com/. 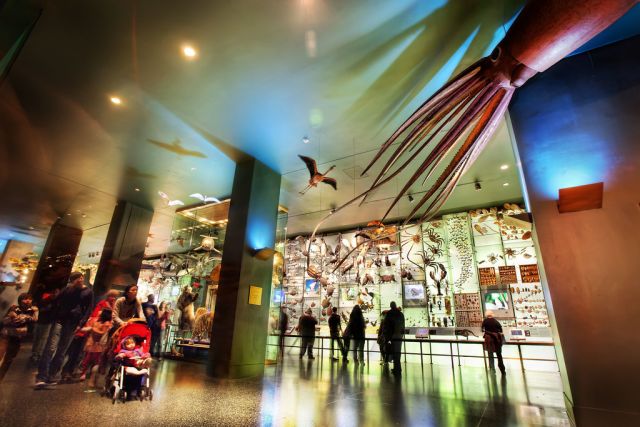