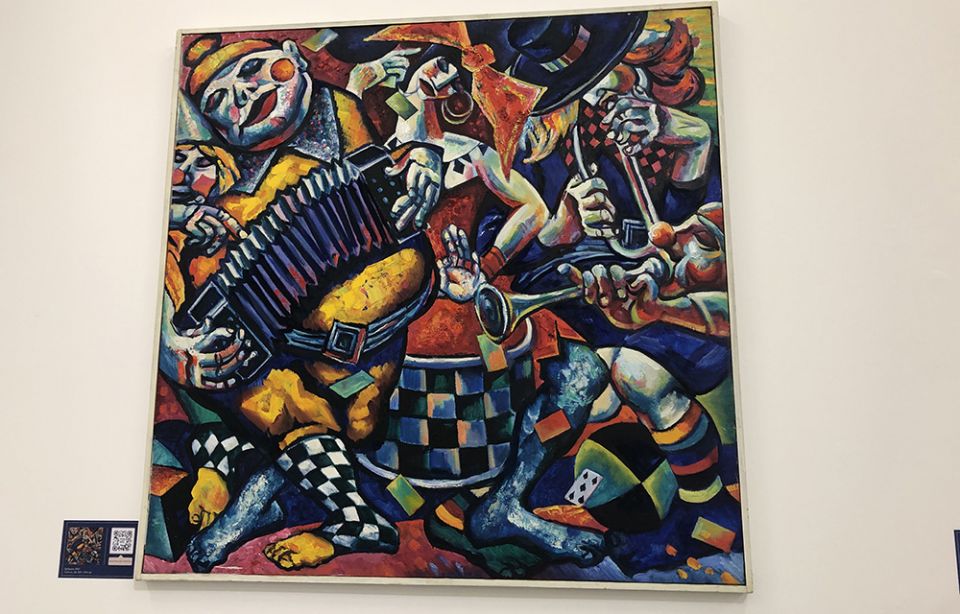 In a win for the New Zealand arts community, the previously unseen works of a noted Russian artist are now on display in Auckland for the first time.

A selection of lost works of Soviet-era artist Alexander Tikhomirov is being shown to promote and enhance Russian culture and heritage in New Zealand.

The exhibit is also one of the few international art installations to reach New Zealand in the midst of the global pandemic, with trustee Anna Zhigareva saying the multi-year project was a huge achievement.

“[Tikhomirov’s] granddaughter is my grandmother’s goddaughter, [through this connection] my father fell in love with his art, which [Tikhomirov] was hiding between two walls in his flat when he died.

“Over time my father created a foundation in the artist’s name to showcase the work, and eventually he wanted to bring the works to New Zealand.”

She says while they managed to transport 10 or so of the paintings over the years, they hit a road block last year trying to transport the rest when her father contracted Covid-19.

“He was in Europe recovering so we had to postpone the exhibition.”

Ms Zhigareva says she hopes the works of Tikhomirov will inspire and educate viewers, while also encouraging them to learn about the history of the persecuted artist.

“There are many people in the eastern European community here that would have grown up during his era and not been able to view his paintings.

“To know that there was an artist during this time who created such powerful and brave works and they were not destroyed I suppose could inspire a sense of hope.”

She says she hopes future generations can reflect on how artists saw the world back then and see the growth and change.

“It’s a deep look into the human condition.”

Tikhomirov was born in 1916 in the small European town of Baku, and was often described by critics and peers as “the Soviet Michelangelo”.

His work depicts scenes in an abstract Renaissance style, with a focus on showing behind the scenes of various theatrical scenarios and events.

His works also covered the Holocaust, persecution and his personal life, with one of his most known works being a large commissioned portrait of Vladimir Lenin.

The exhibition runs from May 22 to June 20 at the Heritage Gallery, 26 Lorne Street, Auckland.

More info can be found here and here.