Librarians in lockdown uncover quirks of NZ's past 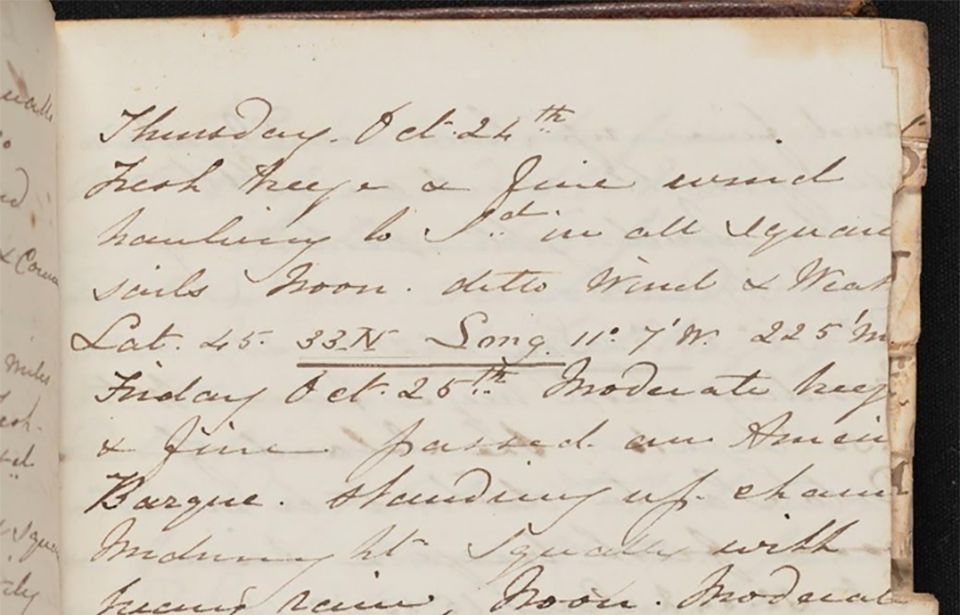 When the nationwide lockdown forced libraries to close their doors, Auckland Libraries’ heritage team got to work on a long-awaited task – transcribing historical journals and manuscripts and cataloguing rare photos.

A crossword epidemic, a dog-tax war and the diary of a young man’s voyage across the Atlantic from Liverpool to Lyttelton were some of the team’s quirkier finds.

"We feel grateful that we did have something interesting to crack on with,” he says.

A "crossword craze" swept New Zealand in 1925, reaching points of "mania", as Harriet Rogers, from the heritage collections team, describes in a research article.

In the United States, media reports at the time said police had to resort to "sternly rationing" people to three puzzles per day.

In New Zealand, women made checkerboard sandwiches from white and brown bread, and clothes were made out of crossword-styled fabric.

In May 1925, couples attended a "crossword dance" in Wellington, where they had to complete a large-scale puzzle while dancing.

Mr Henry, meanwhile, has been scouring over the almost illegible journal of Frederick Jenner.

In his teens or early 20s, Jenner travelled on SS Great Britain to New Zealand, where he took up a life as a sheep farmer.

Nineteenth century handwriting is painstaking to read, Mr Henry says. He’s had to research ships and learn the associated vocabulary to determine just what Jenner is saying.

He’s only about 10 per cent into the journal of more than 200 pages.

"It was quite a learning curve learning how to read 19th-century handwriting.”

The transcription work means these documents will not only be much easier to understand but be internet and keyword searchable.

This would be especially useful for people wanting to learn more about their ancestry, Mr Henry says.

One letter in 1876 turns sinister when the writer threatens the Prime Minister’s life in an attempt to pressure him to lower the "dog tax".

More than 20 years later, the dog tax was still a sore point, sparking weaponised protests, also known as the "Dog Tax War", in the Hokianga in 1896.

While the heritage teams focused on archiving and transcribing historical documents and photos, other parts of the Auckland Libraries focused on making the library more accessible for Aucklanders.

That includes the just launched Ready to Go reads, prepackaged bags of books based on different genres, including crime, romance and ‘surprise me’. The service is designed for members who don’t want to spend lots of time in the library browsing the shelves. The bags can be ordered online or picked up from a local library.

Other library staff spent the lockdown helping the Ministry of Social Development call vulnerable Aucklanders to check up on them. The redeployed staff made more than 2000 calls a day and 15000 welfare calls in total.

Auckland Council general manager libraries and information Mirla Edmundson says the library team leapt at the opportunity to connect with older people in the community.

“We received some lovely comments and insights from these residents, who were pleasantly surprised to hear from us. They shared with us what they’d been up to that day and had some great conversations,” she says.

“Many [of our team] enjoyed interacting with our elderly residents, with one team member feeling that they benefited just as much as the residents.”

Demand for the libraries’ services surged during lockdown – more than 3770 new members signed up and 498,287 eBooks and audiobooks were issued.