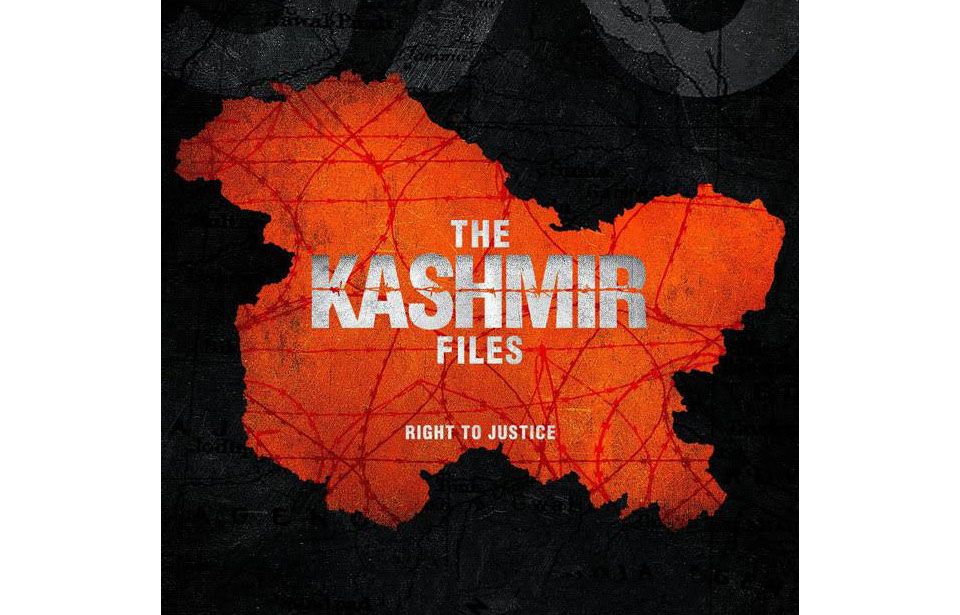 A controversial film has been released after days of delay in New Zealand due to some groups pushing for it to be banned.

However The Kashmir Files movie will not affect the relationship between their two communities, agree the Federation of Islamic Association of New Zealand (FIANZ) and the Auckland Indian Association Inc (AIAI).

And fears of a ban, when actually only its grading was being reviewed, should have been calmed with a prompt statement from the NZ Classification Office and cinemas, said AIAI.

The fleeing of the Hindu Kashmiri Pandit population, amid targeted killings, during the Kashmir Insurgency in 1990 is the subject of the Hindi-language drama, directed by Vivek Agnihotri.

The film was put under review by the NZ Classification Office after some Muslim groups complained, concerned it would spread Islamophobia and hate towards Muslims in Aotearoa, as is happening in India by Hindutva groups. 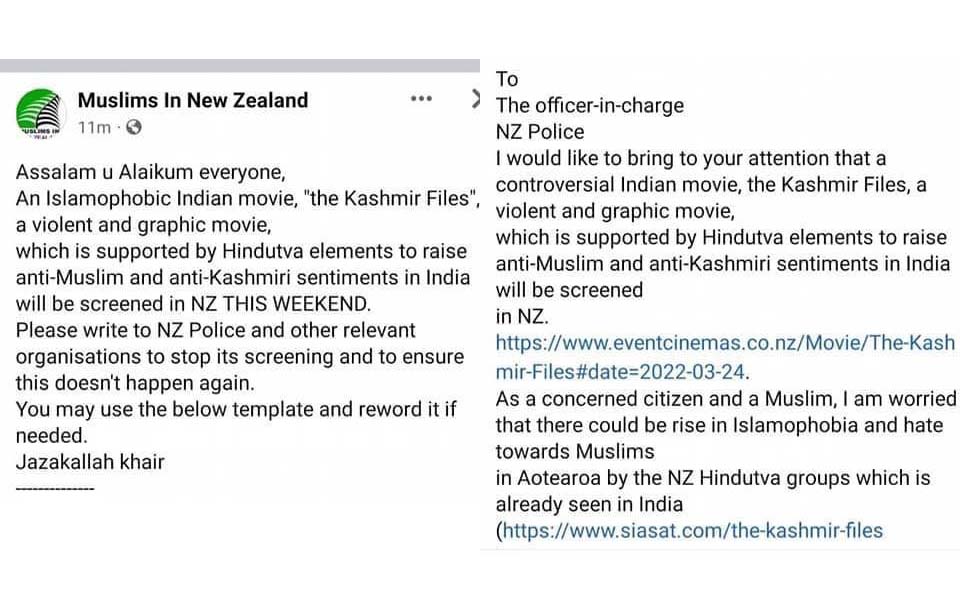 “We should view the movie as a subject matter to see what happened - that is it," said AIAI President Dhansukh Lal.

"It should not create any hatred or ill feelings among our community towards the Muslim community.”

FIANZ President Dr Anwar Ghani said that while there is no denying the fact that the targeted killings took place, the film shows only one side of the story,

“It’s not balanced, there were a number of Kashmiris (who were not Hindus) who were also killed, in fact, far more than the Pandits who were killed in the targeted killings.”

A major concern was that after the 2019 Christchurch Mosque Attack and several other hate crimes toward their community, they did not want to revisit a dreadful part of history which could divide them and the Indian diaspora in New Zealand, he said.

The premiere night brought back memories of the traumatic events that happened to the Kashmiri Pandits, including for one Aucklander of fleeing on the back of a truck from Jammu-Kashmir to Delhi at the time of riots.

“My family left at 2am on the back of a truck, where they put the luggage,” said Maharaj Khar, a member of the Indian Association Manukau New Zealand.

Khar explained that while the film “shows only five per cent of what happened,” one scene of the film was very real.

This was where a man is killed inside a rice drum, and who Khar says was a colleague who worked in the same office as him.

Auckland Indian Association Inc. (AIAI) President Dhansukh Lal explained that they only got involved when they believed the film was to be banned.

“It was requested to be banned by certain groups and that was when we wrote to the censor board saying that “we want freedom of expression, and that the movie should be released.”

WATCH: The debate over the film in images, with AIAI President Dhansukh Lal speaking out about the delays and lack of communication.

The film was released after its grading was changed to 18 and over the NZ classification office.