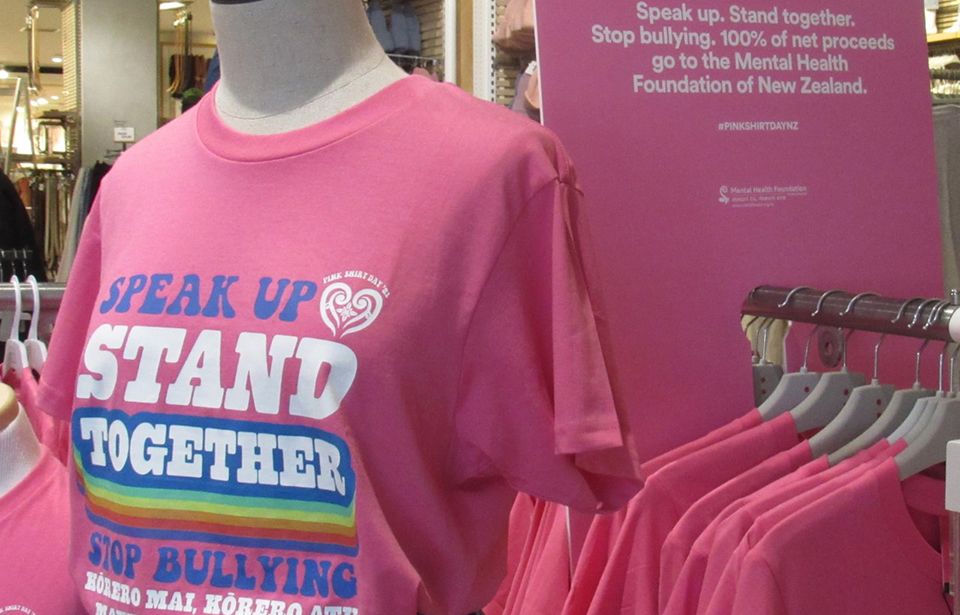 Public relations and media engagement officer for the Mental Health Foundation, Mark Wilson says it is amazing to have people like Mr Hills throughout the campaign.

“He speaks to his community with authority and meaning.”

Mr Wilson, says Pink shirt day is important because our marginalised communities are the ones most likely to be affected by bullying.

“We know that bullying causes mental distress, anxiety, depressing and suicidal thoughts. It is really important that we celebrate diversity.”

Pink Shirt Day has been since around since 2007 when a student in Canada was bullied for wearing pink. Since then, people all around the world have worn pink on May 21, taking a stand against bullying LGBT+ and other marginalised communities.

The future of pink shirt day will hopefully see more money raised which can be put towards resources in the mental health sector, says Mr Wilson.

“I think when it comes to marginalised communities, it’s very important to have these structures in place for us to be represented, otherwise our voices tend to get lost.”

Mr Davis says an “almost underlying homophobic attitude” is bred into children in New Zealand from a young age.

“It’s cool to see people in positions of power like Richard Hills pushing the importance of equality within society.”

This Friday May 21, people around the globe will wear pink to take a stand against bullying.

Pink Shirt day tees are available at all Cotton on stores.