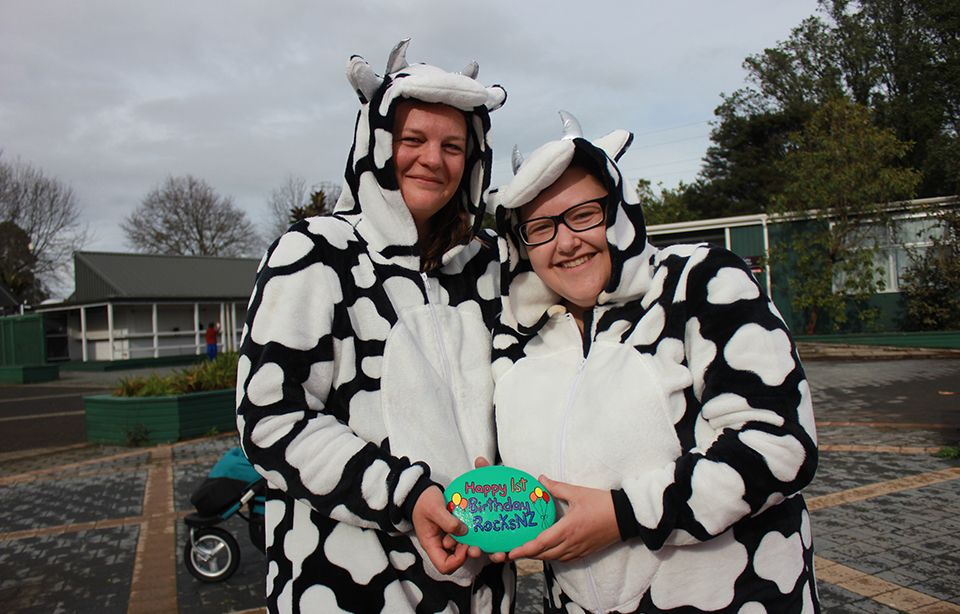 Keep an eye out for a pop of colour on your next local walk because people of all ages are rockin’ their world with the creative pastime of rock-hunting.

Rock-enthusiasts are painting, hiding, and hunting rocks across New Zealand to spread kindness and spark joy in people’s lives.

These colourful rocks will usually have a Facebook group written on the back, as well as a unique hashtag to go with it.

To get involved, a photo of the painted rock and a hint of where to find them must be shared to its linked Facebook group.

Toni Williams, the founder of the Hibiscus Coast Rocks Facebook group, says rock-hunting is a great way to give back to the community.

“We are so detached sometimes,” she says.

“If people can go out and share their creations and hide things for other people with something that brings joy, that’s a pretty cool culture.”

Ms Williams started her Facebook group on Saturday, December 31, 2016, and has expanded its membership to more than 1200 members.

“It's such a wonderful craft for the kids to do, but also adults and grandparents,” says Ms Williams, who started the Facebook group after traveling to her hometown in Whanganui and realizing how popular rock-hunting was there.

“We enjoyed it so much that it just sort of made sense to bring it home to Auckland and start our own Facebook page.”

Audio: Ms Williams shares some advice for people who are new to rock-hunting.

The rock-hunting and hiding hobby is said to have originated in the UK after Megan Murphy wrote a message of kindness on a rock and left it on the beach for someone else to find.

When Ms Murphy’s friend texted her later that evening with a picture of the rock, expressing how the message written on it had made her day, The Kindness Rock Project was created.

The trend has since gone viral and spread across the world.

“It’s just that little buzz of ‘look at this!’” she says.

Ms Pascoe first became interested in rock-hunting after visiting her mother in Taupo.

Her mother had given her an ice-cream container filled with painted rocks and told her to go hide them at her local park.

“We put them out and we sort of went, now what?” says Ms Pascoe, whose Facebook page has over 5700 members.

After painting her own rocks and hiding them with her daughter Katherine, Ms Pascoe soon realized how addictive the pastime was.

“It got to the point where we were having so much fun that we were even doing it on rainy days,” she says.

“For parents, the reward for seeing their kid happy over something as trivial as a painted rock is worth it.”

In February 2020, Ms Pascoe launched her online business, Arty Farty, in honour of her love for rock-painting.

“I set the prices as low as I can to get more people involved in rock-painting,” she says.

On Sunday, June 21, Rocks New Zealand held a rock-hunting event at the Auckland Botanic Gardens in celebration of their Facebook page’s 1st birthday.

Ms Pascoe, along with Facebook admins Anna Harland and Sam Manawaiti, hid around 400 colourful rocks around the gardens for rock-enthusiasts to hunt.

The admin team arranged a face painter, a scavenger hunt in the gardens, kiddie snack packs, and spot prizes to give away on the day.