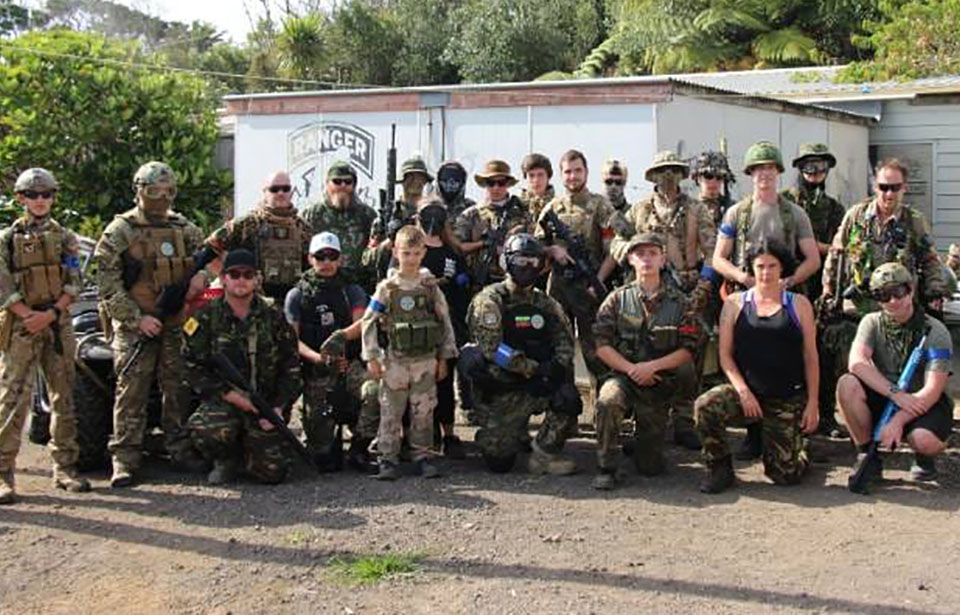 Members of a Waiuku based airsoft club agree that non-lethal firearms are a safe alternative for those affected by the recent gun law changes.

Following the tragic events in Christchurch last month, the Government’s ban on semi-automatic and military style weapons has become controversial among some members of the gun community.

But members of WAR Adventures, an airsoft club in Waiuku, said airsoft is a safe alternative which uses small BB bullets made of compressed plastic or bio-material. These bullets are safer than paintball rounds and are ideal for anyone wanting to use firearms in a completely safe environment

William Gadsdon, captain of one of WAR adventures top Airsoft Teams, said even though he often goes shooting and hunting in Taupo, he is much more passionate about airsoft. “Everyone involved is just really down to earth and there to have fun, but also to be safe at the same time.”

Airsoft is a military inspired sport where multiple opposing players or teams verse one another in various styles of games. James Bartlett, another WAR Adventures member, who’s played the sport for over 12 years said people shouldn’t be put off by the military influence on the sport.

“Yes, we use replicas of military style weapons when we play, but the difference between these and the real thing is that the worst they can do is bruise you,” he said.

Airsoft is also a sport that relies heavily on the honesty of players. Unlike paintball, when a player is hit by a BB bullet there is no mark or injury, meaning that players have to admit they’ve been hit.

Mr Gadsdon and Mr Bartlett agreed that the sports dependency on honesty gives players insight into each other’s true personality. “Not only does it build better comradery between us, but we know that everyone’s playing for the sport and not for some ulterior motive,” said Mr Bartlett.

The members of WAR Adventures in Waiuku have an open day every second weekend where anyone is welcome to come and play. “For anyone looking to get into guns, I’d definitely recommend airsoft as the way to go,” said Mr Gadsdon.