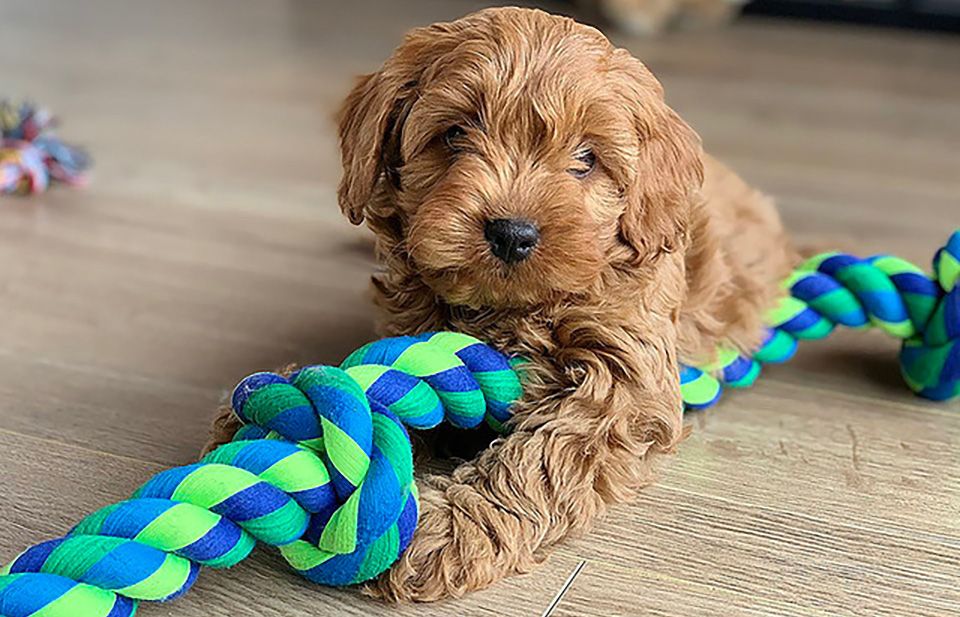 Popular breeds such as cavoodles are being sold on Trade Me for as much as $4000. Image: Aivi1987 CC

A surge in pet adoptions, sales and prices thanks to Covid comes with a puppy farming warning as popular breeds such as cavoodles hit $4000 a puppy on Trade Me.

The increased demand has prompted warnings to steer clear of puppy farmers.

Caron Edwards wants to ensure others do not fall into the trap she did.

Two years ago she bought a boxer puppy from a breeder recommended by a friend. She now believes that breeder was a puppy farmer.

Ms Edwards says the puppy’s health problems were apparent from the start.

“The vet said he was very malnourished and full of worms. He could barely walk.”

He now receives regular physiotherapy and hydrotherapy to ease these conditions

“My poor dog will suffer for his entire life. So will my bank account.”

Ms Edwards believes puppy farming exists across all breeds, and tries to warn others on dog-related social media groups

She says increased demand and prices puppy buyers are willing to pay will make the problem of puppy farming worse and people should do their homework first: “It’s big money”.

Increasingly popular breeds such as cavoodles are advertised on Trade Me for between $3000 and $4000.

“We have a code of animal welfare that goes above and beyond the legal requirements and we have a cap on the number of litters and animals a member can list in a 12 month period.”

The code is voluntary, and allows the seller to confirm, among other things, that the mother was in good health, that the puppy has been examined by a vet and that it has received its vaccinations.

Several of the sellers advertising puppies at prices between $3000 and $4000 have not confirmed on their Trade Me listing that they comply with the code.

Te Waha Nui asked for further information from about whether compliance with the code was enfored, but TradeMe had not responded at the time of publication.

SPCA general manager of inspectorate Tracy Phillips encourages anyone purchasing puppies to do their research and visit the address to see how and where the puppies are bred.